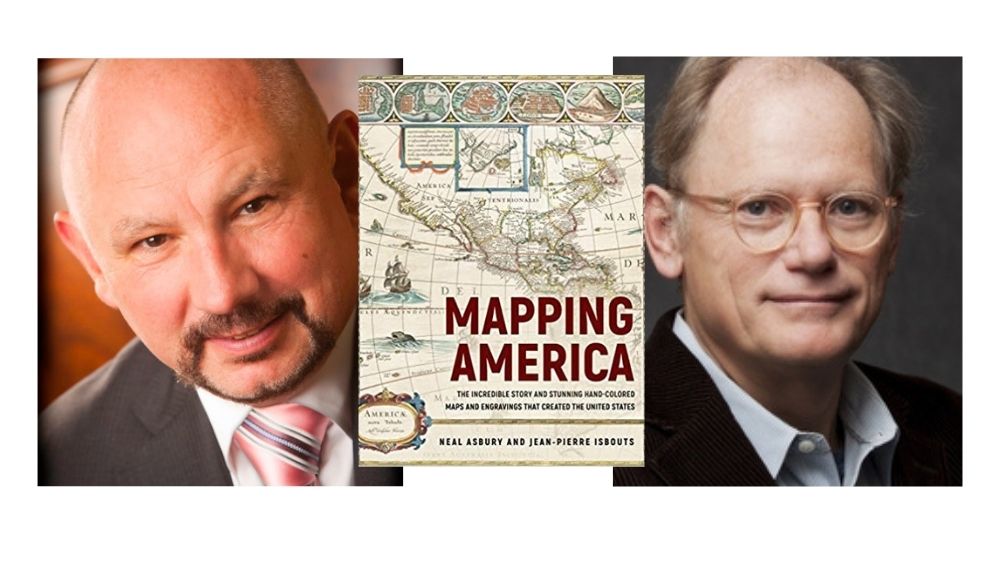 Mapping America: An Evening with Neal Asbury and Jean-Pierre Isbouts

An Evening with Neal Asbury and Jean-Pierre Isbouts

Mapping America: The Incredible Story and Stunning Hand-Colored Maps and Engravings That Created the United States

The story of the exploration and birth of America is told afresh through the unique prism of hand-colored maps and engravings of the period.

Before photography and television, it was printed and hand-colored maps that brought home the thrill of undiscovered lands and the possibilities of exploration, while guiding armies on all sides through the Indian Wars and the clashes of the American Revolution. Only by looking through the prism of these maps, can we truly understand how and why America developed the way it did.

Mapping America illuminates with scene-setting text and more than 150 color images–from the exotic and fanciful maps of Renaissance explorers to the magnificent maps of the Golden Age and the thrilling battle-maps and charts of the American Revolutionary War, in addition to paintings from the masters of eighteenth century art, scores of photographs, and detailed diagrams.

In total, this informative and lushly illustrated volume developed by rare maps collector Neal Asbury, host of “Neal Asbury’s Made in America,” and National Geographic historian Jean-Pierre Isbouts offers a new and immersive look at the ambition, the struggle, and the glory that attended and defined the exploration and making of America. 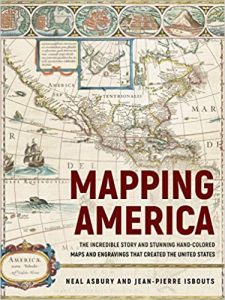 Neal Asbury, a global entrepreneur and chief executive of the Legacy Companies, is host of the nationally syndicated radio talk show “Neal Asbury’s Made in America” by Radio America in Washington, D.C., and a frequent guest on CNBC, Fox News, MSNBC, and the BBC. His website is www.NealAsburysMadeinAmerica.com.

Prof. Jean-Pierre Isbouts is a best-selling National Geographic historian whose books have sold over 2 million copies, including The Biblical World, In the Footsteps of Jesus, The Story of Christianity and Secret Societies. His lectures are featured on The Great Courses. Isbouts is also the host and director of The Search for TV series currently airing on PBS stations and networks around the world. His website is www.jpisbouts.org.