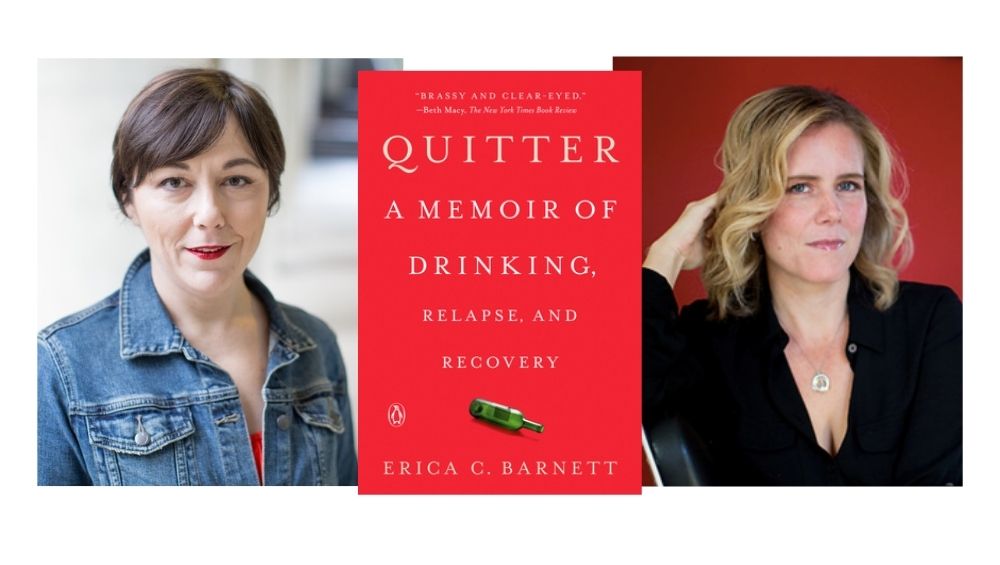 Quitter: An Evening with Erica C. Barnett and Sarah Hepola

An Evening with Erica C. Barnett

In conversation with Sarah Hepola

Quitter: A Memoir of Drinking, Relapse, and Recovery

A startlingly frank memoir of one woman’s struggles with alcoholism and recovery, with essential new insights into addiction and treatment

Erica C. Barnett had her first sip of alcohol when she was thirteen, and she quickly developed a taste for drinking to oblivion with her friends. In her late twenties, her addiction became inescapable. Volatile relationships, blackouts, and unsuccessful stints in detox defined her life, with the bottles she hid throughout her apartment and offices acting as both her tormentors and closest friends. By the time she was in her late thirties, Barnett had quit and relapsed again and again, but found herself far from rehabilitated.

It is always possible, she learned, to go lower than your lowest point. She found that the terms other alcoholics used to describe the trajectory of their addiction–“rock bottom” and “moment of clarity”–and the mottos touted by Alcoholics Anonymous, such as “let go and let God”–didn’t correspond to her experience and could actually be detrimental.

With remarkably brave and vulnerable writing, Barnett expands on her personal story to confront the dire state of addiction in America, the rise of alcoholism in American women in the last century, and the lack of rehabilitation options available to addicts. At a time when opioid addiction is a national epidemic and one in twelve Americans suffers from alcohol abuse disorder, Quitter is indispensable reading for our age and an ultimately hopeful story of Barnett’s own hard-fought path to sobriety. 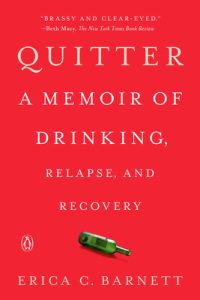 Erica C. Barnett is an award-winning political reporter. She started her career at The Texas Observer and went on to work as a reporter and news editor for The Austin Chronicle, Seattle Weekly, and The Stranger. She now covers addiction, housing, poverty, and drug policy at her blog, The C Is for Crank. She has written for a variety of local and national publications, including The Huffington Post, Seattle Magazine, and Grist.

Sarah Hepola is the author of the bestselling Blackout and whatever she happens to write next. Her essays have appeared in the New York Times magazine, Elle, Bloomberg Businessweek, The Guardian,  Salon, and Texas Monthly, where she is a writer-at-large. She lives in Dallas.