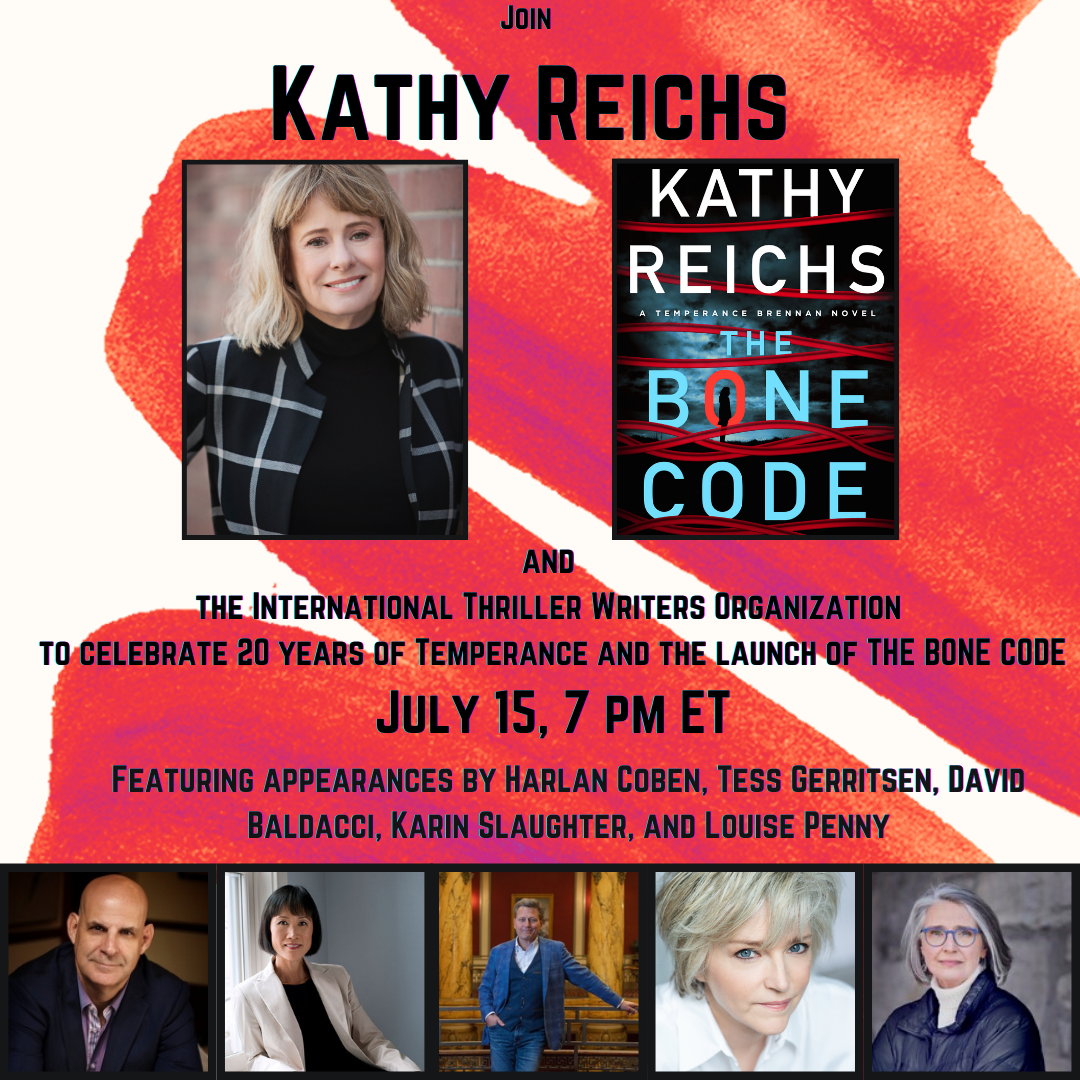 An Evening with Kathy Reichs

To celebrate the publication of THE BONE CODE, Kathy Reichs will be joined by a revolving group of her friends and fellow writers to answer questions about this milestone achievement, her career highlights, her new book, and more! Hosted by ITW Executive Director and author K.J. Howe and The Real Book Spy’s Ryan Steck, this event will bring together some of the biggest mystery and thriller writers to celebrate one of the genre’s most beloved authors. The event will be streamed starting at 7 pm ET on July 15 onto ITW’s ThrillerTalk Facebook page and YouTube channel, and will be shared by a number of participating bookstores, libraries, and other organizations in the US and Canada.

On the way to hurricane-ravaged Isle of Palms, a barrier island off the South Carolina coast, Tempe receives a call from the Charleston coroner. The storm has tossed ashore a medical waste container. Inside are two decomposed bodies wrapped in plastic sheeting and bound with electrical wire. Tempe recognizes many of the details as identical to those of an unsolved case she handled in Quebec years earlier. With a growing sense of foreboding, she travels to Montreal to gather evidence.

Meanwhile, health authorities in South Carolina become increasingly alarmed as a human flesh-eating contagion spreads. So focused is Tempe on identifying the container victims that, initially, she doesn’t register how their murders and the pestilence may be related. But she does recognize one unsettling fact. Someone is protecting a dark secret—and willing to do anything to keep it hidden.

An absorbing look at the sinister uses to which genetics can be put, and featuring a cascade of ever-more-shocking revelations, The Bone Code is Temperance Brennan’s most astonishing case yet—one that gives new meaning to today’s headlines. 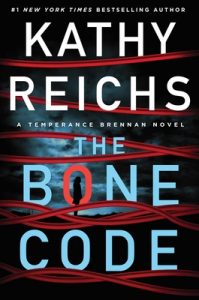 Kathy Reichs’s first novel Déjà Dead, published in 1997, won the Ellis Award for Best First Novel and was an international bestseller. The Bone Code is Kathy’s twentieth entry in her series featuring forensic anthropologist Temperance Brennan. Kathy was also a producer of Fox Television’s longest running scripted drama, Bones, which is based on her work and her novels. One of very few forensic anthropologists certified by the American Board of Forensic Anthropology, Kathy divides her time between Charlotte, North Carolina, and Montreal, Québec. Visit her at KathyReichs.com or follow her on Twitter @KathyReichs.