From the page to the small screen…

Tired of mindlessly scrolling through Netflix? You’re in luck, because this week, we’re gonna get you turning some pages! We’re highlighting a selection of amazing books that were turned into Emmy-nominated series. If you want to find the roots of America’s most notorious chronic illness, look no further than Dopesick, a tour-de-force on how one drug company addicted a nation. Check out Maid for an in-depth look at the dirty world of the ultra-wealthy. If you’re looking to get sucked into the heart of a story, turn your eye towards Emily St. John Mandel’s masterpiece, Station Eleven. And to top off your Emmy-nominated reading, check out Flight Attendant to find out more about the hidden boozy world in the back cabin. Your Emmy reads await!

The Flight Attendant: A Novel (Vintage Contemporaries) by Chris Bohjalian

A binge-drinking flight attendant wakes up in an unfamiliar hotel room beside a dead body and sneaks back to her work, telling a series of lies that complicate her ability to figure out what really happened.

Rabbit: A Memoir by Patricia Williams

The popular comedian traces her youth in Atlanta’s most troubled neighborhood at the height of the crack epidemic, discussing her experiences with petty crime and prostitution that led to her becoming a mother at age thirteen before resolving to secure a better life for her children. 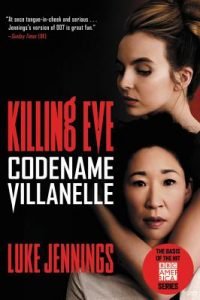 When the world’s most skilled assassin murders an influential Russian politician, former MI6 operative Eve Polastri is tasked with finding and capturing her and her accomplices.

Killing Eve: Die for Me 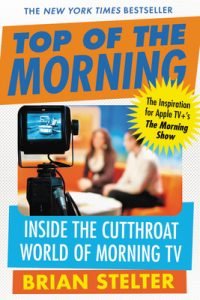 Top of the Morning: Inside the Cutthroat World of Morning TV by Brian Stelter

Featuring exclusive content about all the major players of the 2000s, Top of the Morning illuminates what it takes to win the AM—when every single viewer counts, tons of jobs are on the line, and hundreds of millions of dollars are at stake. 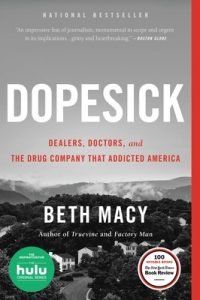 Dopesick: Dealers, Doctors, and the Drug Company that Addicted America by Beth Macy

Chronicles America’s more than twenty-year struggle with opioid addiction, from the introduction of OxyContin in 1996, through the spread of addiction in distressed communities in Central Appalachia, to the current national crisis.

Under the Banner of Heaven 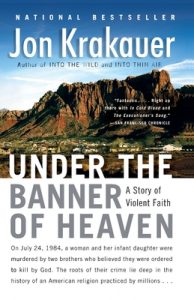 Under the Banner of Heaven: A Story of Violent Faith by Jon Krakauer

Traces the events that surrounded the 1984 murder of a woman and her child by fundamentalist Mormons Ron and Dan Lafferty, exploring the belief systems and traditions that mark the faith’s most extreme factions.

Nominated for Outstanding Directing, Writing, and Lead Actor (Himesh Patel) In A Limited Or Anthology Series Or Movie 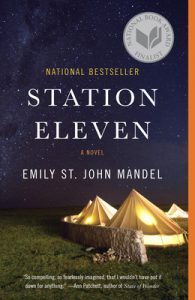 The sudden death of a Hollywood actor during a production of “King Lear” marks the beginning of the world’s dissolution in a story told at various past and future times from the perspectives of the actor and four of his associates.

Nominated for Outstanding Directing, Writing, and Lead Actress (Margaret Qualley) In A Limited Or Anthology Series Or Movie 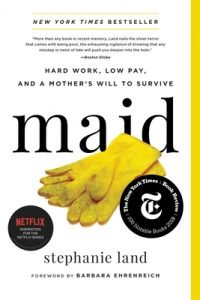 Maid: Hard Work, Low Pay, and a Mother’s Will to Survive by Stephanie Land

A journalist describes the years she worked in low-paying domestic work under wealthy employers, contrasting the privileges of the upper-middle class to the realities of the overworked laborers supporting them.