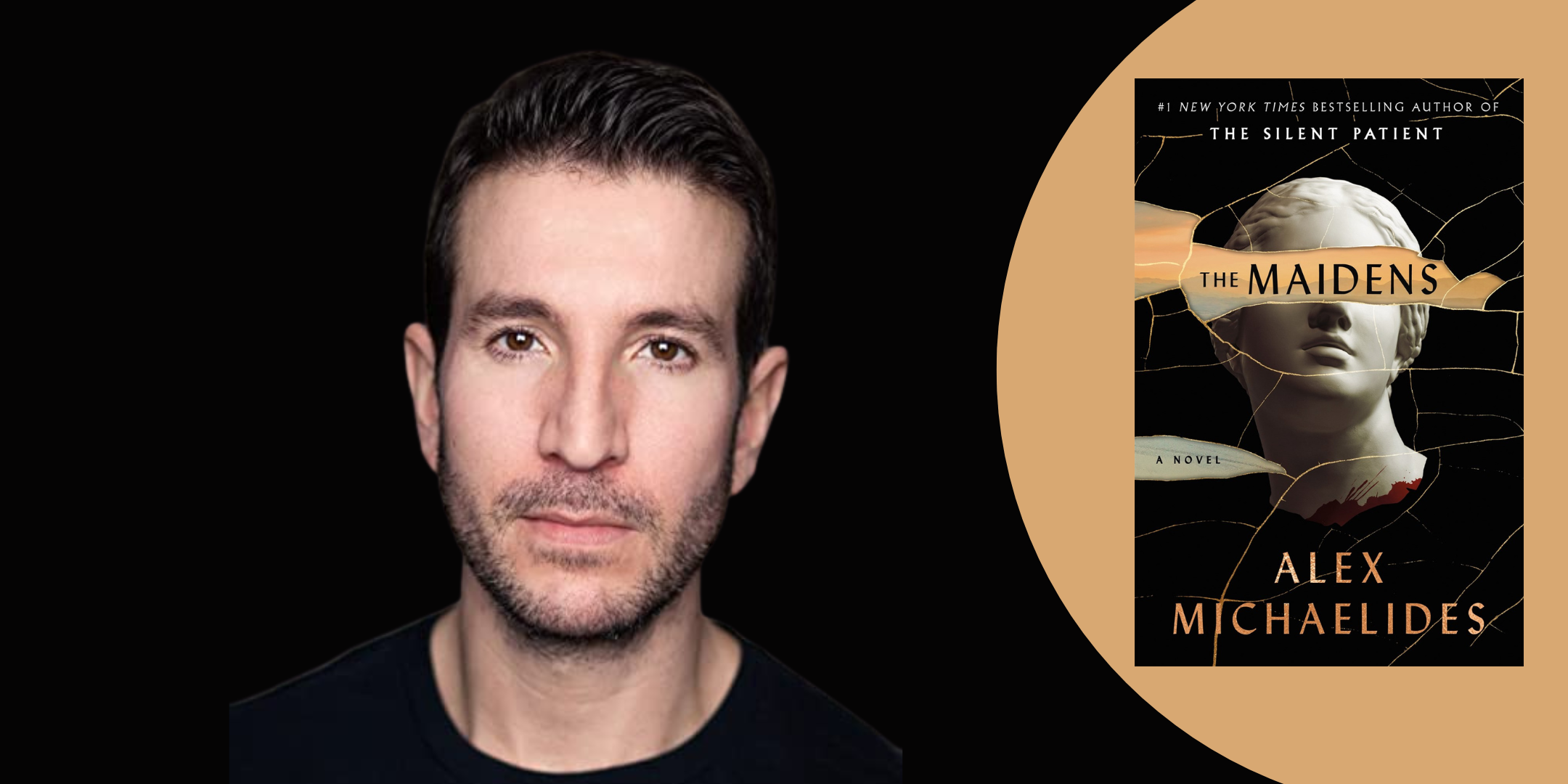 A Virtual Evening with Alex Michaelides

Books & Books announces a special online book club meeting with Alex Michaelides to discuss his new novel The Maidens. Join us on Tuesday, September 6, at 6:00 pm. To receive a Zoom invitation to this event, please request by email to Ruthanne Vogel at [email protected] 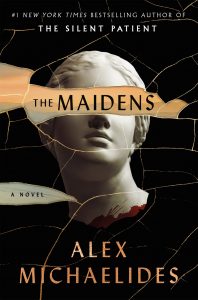 “Alex Michaelides’s long-awaited next novel, ‘The Maidens,’ is finally here…the premise is enticing and the elements irresistible.”
—The New York Times

“A deliciously dark, elegant, utterly compulsive read—with a twist that blew my mind. I loved this even more than I loved The Silent Patient and that’s saying something!”
—Lucy Foley, New York Times bestselling author of The Guest List

From the #1 New York Times bestselling author of The Silent Patient comes a spellbinding tale of psychological suspense, weaving together Greek mythology, murder, and obsession, that further cements “Michaelides as a major player in the field” (Publishers Weekly).

Edward Fosca is a murderer. Of this Mariana is certain. But Fosca is untouchable. A handsome and charismatic Greek tragedy professor at Cambridge University, Fosca is adored by staff and students alike—particularly by the members of a secret society of female students known as The Maidens.

Mariana Andros is a brilliant but troubled group therapist who becomes fixated on The Maidens when one member, a friend of Mariana’s niece Zoe, is found murdered in Cambridge.

Mariana, who was once herself a student at the university, quickly suspects that behind the idyllic beauty of the spires and turrets, and beneath the ancient traditions, lies something sinister. And she becomes convinced that, despite his alibi, Edward Fosca is guilty of the murder. But why would the professor target one of his students? And why does he keep returning to the rites of Persephone, the maiden, and her journey to the underworld?

When another body is found, Mariana’s obsession with proving Fosca’s guilt spirals out of control, threatening to destroy her credibility as well as her closest relationships. But Mariana is determined to stop this killer, even if it costs her everything—including her own life.

ALEX MICHAELIDES was born and raised in Cyprus. He has an M.A. in English Literature from Trinity College, Cambridge University, and an M.A. in Screenwriting from the American Film Institute in Los Angeles. The Silent Patient was his first novel and debuted at #1 on the New York Times bestseller list. It spent more than a year on the New York Times bestseller list and is sold in a record-breaking 50 countries. His second novel, The Maidens, was an instant New York Times bestseller and garnered rave reviews from The Guardian, Esquire, Entertainment Weekly, and more. For more information and a recorded interview, visit: https://us.macmillan.com/author/alexmichaelides.