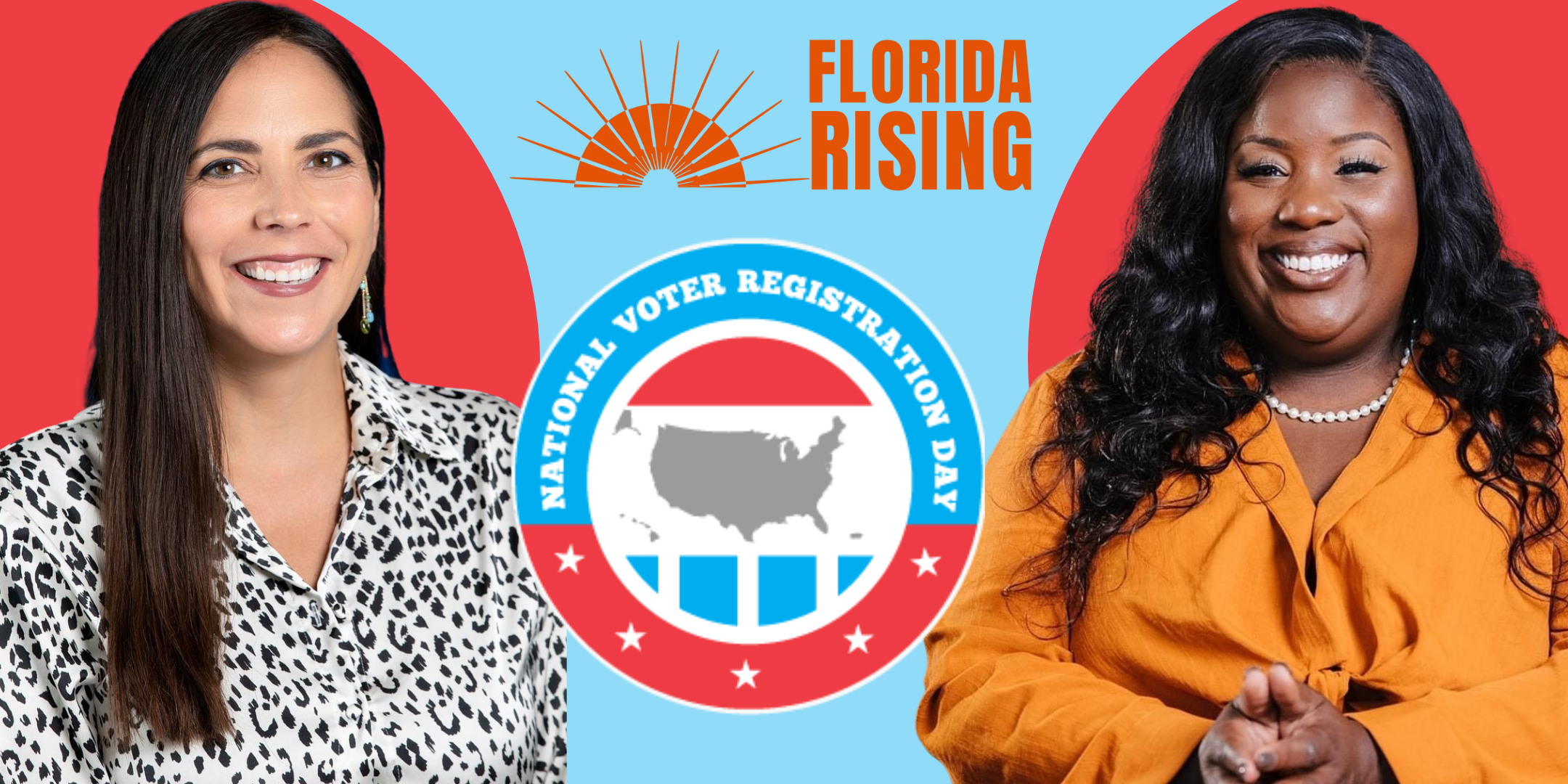 In-Person: Power Concedes Nothing: An Evening with Florida Rising 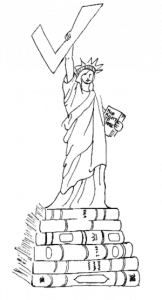 They will be sharing insights from decades of power building and the strategy to advance democracy in November and beyond. There will be an opportunity to register to vote, partner with grassroots efforts and invest in their work. This will be a time of vision and action.

WDA is launching BOOK THE VOTE, a drive to bring together readers, writers, booksellers, publishers, and librarians to register voters before the 2022 elections. Books themselves are threatened now, which is no surprise since books have always been essential to democracy. The Bookstore and the Library can be the frontline of the campaign to rescue it. 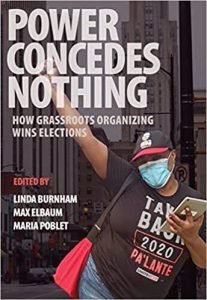 The November 2020 US election was arguably the most consequential since the 1860 election of Abraham Lincoln–and grassroots leaders and organizers played crucial roles in the contention for the presidency and control of both houses of Congress.

Power Concedes Nothing  tells the stories behind a victory that won both the White House and the Senate and powered progressive candidates to new levels of influence. It describes the on-the-ground efforts that mobilized a record-breaking turnout by registering new voters and motivating an electorate both old and new. In doing so it charts a viable path to victory for the vital contests upcoming in 2022 and 2024.

Andrea Cristina Mercado, the executive director of Florida Rising, and contributor to Power Concedes Nothing: How Grassroots Organizing Wins Elections, leads scaled civic engagement programs and strategic campaigns that center Black and Brown communities. Florida Rising is the result of the merger of New Florida Majority and Organize Florida. Under her leadership, New Florida Majority registered over 150,000 Floridians to vote.

The daughter of Peruvian and Argentinian immigrants who made South Florida home, Mercado is a first generation college graduate who has been organizing in communities of color and immigrant communities for 20 years. She helped build Mujeres Unidas y Activas a Latina grassroots organization in the San Francisco Bay Area. Mercado is one of the co-founders of the National Domestic Workers Alliance and led the California Domestic Workers Coalition, a statewide effort to include domestic workers in labor laws, which led to the Domestic Worker Bill of Rights being signed into law in 2013. Over seven states have now passed similar legislation. She went on to lead nationally recognized campaigns for immigrant and worker rights such as We Belong Together and the 100-women,100-mile pilgrimage for migrant dignity.

Mercado is a graduate of Brown University, a Fulbright Scholar, an Emily’s List awardee and was named Miami’s best activist for 2021 by the Miami New Times.They will be sharing insights from decades of power building and the strategy to advance democracy in November and beyond. There will be an opportunity to register to vote, partner with grassroots efforts and invest in their work. This will be a time of vision and action.

Michele Rayner was raised by a family of changemakers in Pinellas County. Her parents both integrated the University of South Florida in the early 1960’s and established themselves as community leaders to set an example for Michele with their dedication to service and to the people.

Michele joined the Hillsborough County Public Defender’s office in 2012 , and was soon called to ensure justice when she became an attorney for Markeis McGlockton’s family, working alongside civil rights attorney Ben Crump. Markeis was shot and killed in an altercation in a Clearwater parking lot, reigniting the debate over Florida’s controversial “Stand Your Ground” law six years after the death of Trayvon Martin. The experience made it clear to Michele that running for the legislature could help her do more to fight unjust laws like Stand Your Ground and prevent future tragedies from occurring.

Upon Michele’s historical election to the Florida Legislature in 2020, she became the first out, Black, Queer woman to ever hold public office in the state of Florida. She currently represents House District 70 in the Florida House.