In-Person: An Afternoon with Paul Levine and Dave Barry

AN AFTERNOON WITH PAUL LEVINE

in conversation with Dave Barry

Books & Books is excited to host Paul Levine to discuss his new book, Early Grave (Herald Square Publishing, $16.95)– this book is the fifteenth and final novel of the series that began with the international bestseller To Speak for the Dead in 1990. 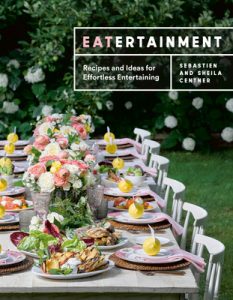 When his godson suffers a catastrophic injury in a high school football game, lawyer Jake Lassiter sues to abolish the sport and becomes the most hated man in Miami. At the same time, the former NFL linebacker battles CTE, the fatal brain disease caused by repetitive head injuries.

Complicating Lassiter’s lawsuit and his health, his personal life hits a rocky patch. He’s in couple’s therapy with fiancée Dr. Melissa Gold and vows to live long enough to fix his relationship and achieve justice for his godson.

Amazon #1 Bestselling Author Paul Levine builds tension with a furious pace, leading to the “seismic courtroom battles and pyrotechnics” (Booklist) for which he is known.

“Paul Levine is one of Florida’s great writers, and ‘Lassiter’ is his greatest creation. He’s funny, smart, and compelling.” — Dave Barry

PAUL LEVINE  is the bestselling author of the “Jake Lassiter” and “Solomon vs. Lord” series. Levine won the John D. MacDonald Fiction Award and has been nominated for the Edgar, Macavity, International Thriller, Shamus, and James Thurber prizes. A former trial lawyer, he also wrote twenty episodes of the CBS military drama “JAG” and co-created the Supreme Court drama “First Monday” starring James Garner and Joe Mantegna. The international bestseller “To Speak for the Dead” was his first novel and introduced readers to linebacker-turned-lawyer Jake Lassiter. “Bum Rap” brought Lassiter together with Steve Solomon and Victoria Lord. His latest book is “Early Grave” in which an ailing Lassiter sues to establish high school football as so inherently dangerous as to constitute a “public nuisance” that should be abolished. For more information, visit the author’s website at www.paul-levine.com or follow him on Twitter @Jake_Lassiter.

DAVE BARRY has been a professional humorist ever since he discovered that professional humor was a lot easier than working. For many years he wrote a newspaper column that appeared in more than 500 newspapers and generated thousands of letters from readers who thought he should be fired. Despite this, Barry won the Pulitzer Prize for commentary, although he misplaced it for several years, which is why his wife now keeps it in a secure location that he does not know about. One of Barry’s columns was largely responsible for the movement to observe International Talk Like a Pirate Day every year on September 19. This is probably his most enduring achievement. Barry has written more than 30 books, including the novels Big Trouble, Lunatics, Tricky Business and, most recently, Insane City. He has also written a number of books with titles like I’ll Mature When I’m Dead, which are technically classified as nonfiction, although they contain numerous lies. Two of Barry’s books were the basis for the CBS sitcom Dave’s World, which can probably still be seen on cable TV in certain underdeveloped nations. Barry lives in Miami with his family and a dog that is determined to urinate on every square inch of North America.