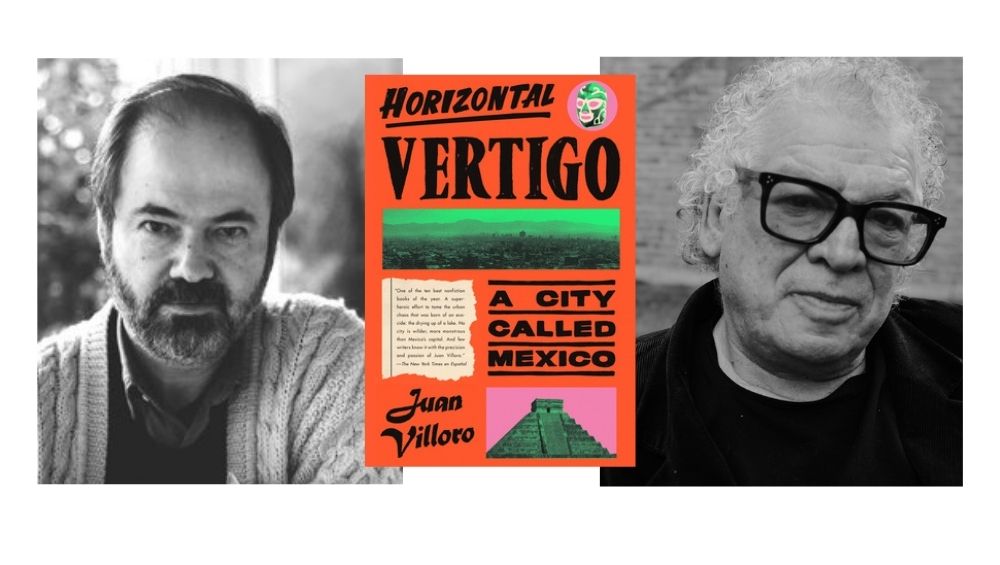 An Evening with Juan Villoro

In conversation with Francisco Goldman

At once intimate and wide-ranging, and as enthralling, surprising, and vivid as the place itself, this is a uniquely eye-opening tour of one of the great metropolises of the world, and its largest Spanish-speaking city.

Horizontal Vertigo: The title refers to the fear of ever-impending earthquakes that led Mexicans to build their capital city outward rather than upward. With the perspicacity of a keenly observant flaneur, Juan Villoro wanders through Mexico City seemingly without a plan, describing people, places, and things while brilliantly drawing connections among them. In so doing he reveals, in all its multitudinous glory, the vicissitudes and triumphs of the city ’s cultural, political, and social history: from indigenous antiquity to the Aztec period, from the Spanish conquest to Mexico City today—one of the world’s leading cultural and financial centers.

In this deeply iconoclastic book, Villoro organizes his text around a recurring series of topics: “Living in the City,” “City Characters,” “Shocks,” “Crossings,” and “Ceremonies.” What he achieves, miraculously, is a stunning, intriguingly coherent meditation on Mexico City’s genius loci, its spirit of place. 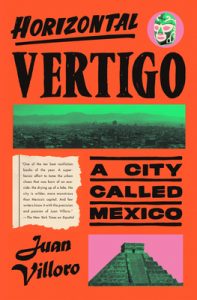 JUAN VILLORO is Mexico’s preeminent novelist. Born in Mexico City in 1956, he is the author of half a dozen prize-winning novels and is also a journalist. In 2004, he received the Herralde Prizefor his novel El testigo (The Witness).

FRANCISCO GOLDMAN has published five novels and two books of non-fiction. The Long Night of White Chickens was awarded the American Academy’s Sue Kaufman Prize for First Fiction.  His novels have been finalists for several prizes, including, twice, the Pen/Faulkner Prize. The Ordinary Seaman was a finalist for The International IMPAC Dublin literary award.  The Divine Husband was a finalist for The Believer Book Award. The Art of Political Murder won The Index on Censorship T.R. Fyvel Book Award and The WOLA/Duke Human Rights Book Award.  The Interior Circuit: A Mexico City Chronicle, published in 2013, was named by the LA Times one of 10 best books of the year and received The Blue Metropolis “Premio Azul” 2017.  His novel Say Her Name won the 2011 Prix Femina étranger. His books have been published in 16 languages.