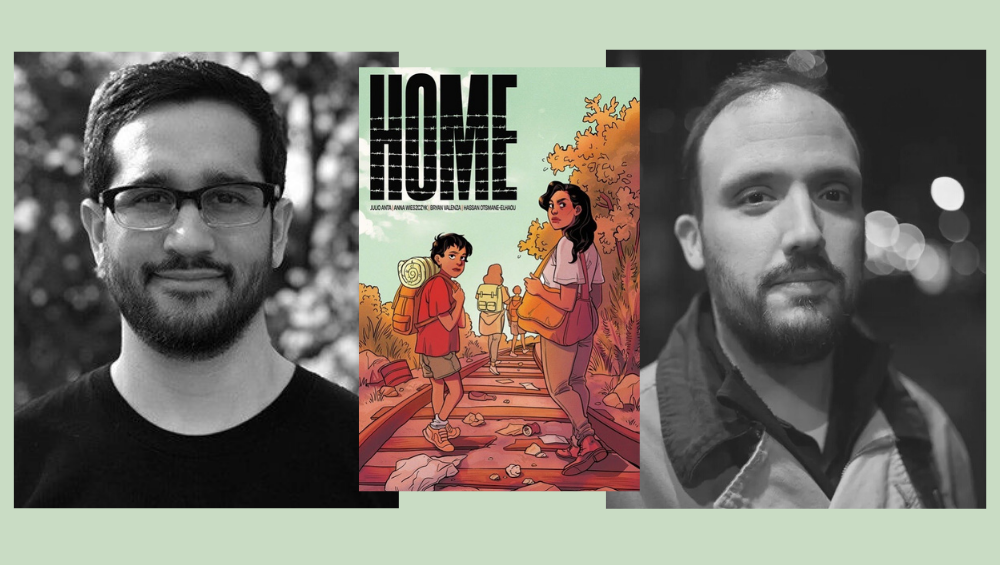 Home: An Evening with Julio Anta and Alex Segura

A Virtual Evening with Julio Anta

In conversation with Alex Segura

After being separated from his mother at the US border, a young Guatemalan immigrant must learn to harness emerging superhuman abilities while being hunted by the Federal Government.

JULIO ANTA and ANNA WIESZCZYK debut with a deeply grounded, and heartfelt graphic novel that explores the real world implications of a migrant with extraordinary powers. 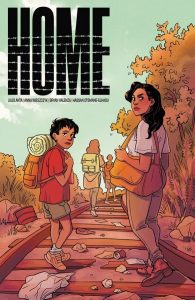 Julio Anta is a writer based in New York City. Raised in Miami, in a Cuban and Colombian family, his writing focuses on the intersection of Latinx identity and American life. His debut comic book series HOME began publication in 2021, courtesy of Image Comics. Forthcoming work includes FRONTERA, a YA graphic novel from HarperAlley, and SI SE PUEDE, an Adult non-fiction graphic novel from Ten Speed Press.

Alex Segura is an acclaimed, award-winning writer of novels, comic books, short stories, and podcasts. He is the author of the upcoming noir novel, Secret Identity (Flatiron Books), Star Wars Poe Dameron: Free Fall, and the Pete Fernandez Mystery series (including the Anthony Award-nominated crime novels Dangerous Ends, Blackout. and Miami Midnight). His short story “Red Zone” won the 2020 Anthony Award for Best Short Story, and his border noir short story, “90 Miles” will be included in The Best American Mystery and Suspense 2021. “90 Miles” also won the Best Short Story Anthony Award for 2021. Alex has also written a number of comic books, most notably the superhero noir The Black Ghost, the YA music series The Archies, and the “Archie Meets” collection of crossovers, featuring real-life cameos from the Ramones, B-52s, the upcoming all-ages superhero adventure The Dusk, and more. He is also the co-creator/co-writer of the Lethal Lit crime/YA podcast from iHeart Radio, which was named one of the best podcasts of 2018 by The New York Times. By day he is the Senior Vice President of Sales and Marketing at Oni Press, with previous stints at Archie Comics and DC Comics. A Miami native, he lives in New York with his wife and children.