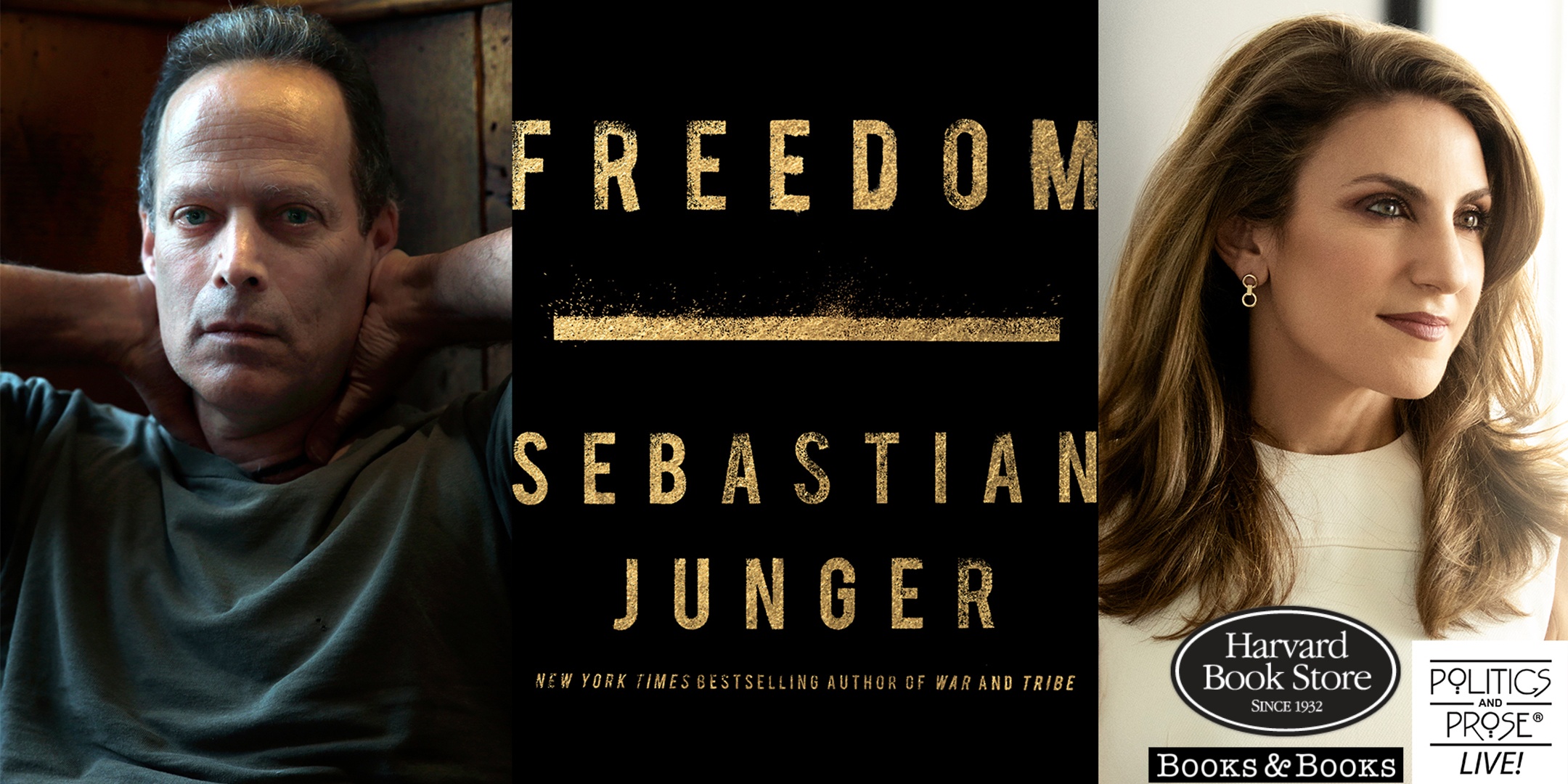 We are thrilled to present this event in partnership with our friends at Harvard Bookstore and Politics & Prose.

Throughout history, humans have been driven by the quest for two cherished ideals: community and freedom. The two don’t coexist easily. We value individuality and self-reliance, yet are utterly dependent on community for our most basic needs. In this intricately crafted and thought-provoking book, Sebastian Junger examines the tension that lies at the heart of what it means to be human.

For much of a year, Junger and three friends—a conflict photographer and two Afghan War vets—walked the railroad lines of the East Coast. It was an experiment in personal autonomy, but also in interdependence. Dodging railroad cops, sleeping under bridges, cooking over fires, and drinking from creeks and rivers, the four men forged a unique reliance on one another.

In Freedom, Junger weaves his account of this journey together with primatology and boxing strategy, the history of labor strikes and Apache raiders, the role of women in resistance movements, and the brutal reality of life on the Pennsylvania frontier. Written in exquisite, razor-sharp prose, the result is a powerful examination of the primary desire that defines us. 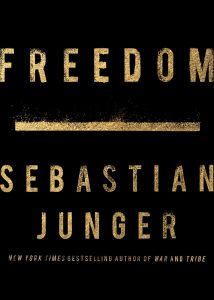 SEBASTIAN JUNGER is the New York Times bestselling author of Tribe, War, A Death in Belmont, Fire, and The Perfect Storm, and co-director of the documentary film Restrepo, which was nominated for an Academy Award. He is also the winner of a Peabody Award and the National Magazine Award for Reporting. He lives in New York City with his family.

GAYLE TZEMACH LEMMON is the author of the New York Times bestsellers, The Dressmaker of Khair Khana (2011), about a young entrepreneur who supported her community under the Taliban, Ashley’s War: The Untold Story of a Team of Women Soldiers on the Special Ops Battlefield (2015), and The Daughters of Kobani (2021), the story of what ISIS has left in its wake: the most far-reaching experiment in women’s equality in the least likely place in the world brought to you by women who have been battling ISIS town by town, street by street since 2013. These women served as America’s ground force in the fight to defeat the Islamic State and The Daughters of Kobani tells for the first time this David and Goliath story of how they came to serve ISIS its first battlefield defeat. Ashley’s War is currently being developed into a major motion picture at Universal with Reese Witherspoon producing, and The Daughters of Kobani has been optioned by HiddenLight Productions, founded by former Secretary of State Hillary Rodham Clinton, Sam Branson, and Chelsea Clinton.