The first half of the twentieth century witnessed a golden age of cultural exchange between Cuba and the United States. Beaches, nightclubs, and casinos lured tourists south to a tropical playground, while Hollywood celebrities and Cuban performers fueled a craze for rumba, mambo, and Afro-Cuban jazz up north. With insightful essays and rare photographs, magazines, and advertisements, these pages offer visions of the people and places that made Cuba so important in the American imagination. Promising Paradise sheds light on the glamour and exoticism of tourism campaigns that lured Americans to their southerly neighbor, as well as the remarkable impact of Cuban culture in the U.S. that resulted from this contact. 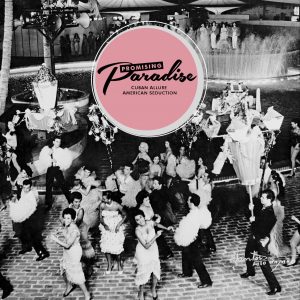 ROSA LOWINGER, is an art conservator and author of Tropicana Nights: The Life and Times of the Legendary Cuban Nightclub (2005) and the play The Encanto File (1991). She co-curated the exhibition Promising Paradise (2016) at The Wolfsonian-FIU. She holds an M.A. from New York University’s Institute of Fine Arts.

DR. FRANCIS XAVIER LUCA, chief librarian at The Wolfsonian-FIU, has been teaching at Florida International University since 2004, including a course examining historic U.S.-Cuba relations. He co-curated Promising Paradise and curated a 2019 installation on the work of Cuban graphic artist Conrado Walter Massaguer.