Ed Mireles is nationally and internationally recognized by law enforcement officers (LEO’s), journalists and hand gun enthusiasts as the last man standing in an historic gunfight that occurred on April 11, 1986 in Miami, FL. This incident is commonly referred to as the “FBI Miami Firefight.” The 1986 gunfight is a monumental event that has been referred to as “Five Minutes that Changed the Bureau.”

The five-minute gunfight between eight F.B.I. agents and two hardcore bank robbers changed training, equipment and tactics. It is estimated that there were 150 shots fired during the incident. In the end, nine out of the ten participants were shot. The two bad guys were dead, as well as two agents and five other agents wounded including FBI Special Agent Ed Mireles who was shot twice.

Now, hear how Special Agent Ed Mireles improvised, adapted and overcame insurmountable obstacles to persevere and eventually end the gunfight by killing the two murderous ex-military bank robbers. Ed Mireles discusses the two years of recovery from his physical injuries and how he dealt with the traumatic stress of being involved in a deadly force confrontation. Subsequently, Ed Mireles was assigned to the Firearms Training Unit at the FBI Academy at Quantico, VA where he could share his experiences and recover from his injuries in a relatively safe environment.

After his recovery, Ed Mireles requested a transfer back to Miami to work  Undercover Drug investigations. Ed Mireles retired in March 2004.

Ed Mireles is a recipient of the Department of Justice – U.S Attorney General’s Award for Valor, the J. Edgar Hoover Award, and the FBI Medal of Valor.

Ed Mireles has published his account of what happened that day and authored a recently released book “FBI Miami Firefight, Five Minutes that Changed the Bureau.” 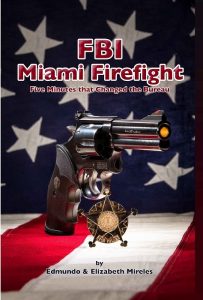 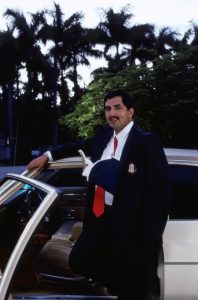 Ed Mireles was born in Alice, Texas. His family later moved to Beeville, TX where Ed attended AC Jones HS. In 1971 he enlisted in the US Marines and did a four-year tour. He was stationed at Coronado Naval Base and Camp Pendleton, California. He was trained as a Marine Rifleman and Forward Observer for artillery and Naval Gunfire. Later he served as a Marine Security Guard at the US Embassy’s in Sophia, Bulgaria, Reykjavik, Iceland, Brussels, Belgium and Madrid, Spain.

After graduating from the University of Maryland in 1979, Ed Mireles entered on duty with the FBI. He is a 25-year veteran of the FBI with experience as an FBI Street Agent, Supervisor and Manager in a wide range of investigative and administrative areas, as well as extensive Undercover (UC) work. Mr. Mireles served as the primary Undercover Agent in dozens of high-level, high risk narcotics, criminal and national security investigations.

Mr. Mireles has worked in the following major cities and areas: WDC, NYC, Chicago, Los Angeles, Miami and the Southwest Border. He has been involved in two deadly force confrontations with armed adversaries and has been wounded twice.

He is married to Elizabeth and has three sons, Marco, Christian and Jonathan.

In October 1986 the International Association of Chiefs of Police awarded Mr. Mireles its National Police Officer of the Year Award for the Year 1986. It cited him for outstanding bravery, diligence and dedicated community service in the finest tradition of American Law Enforcement.

On December 4, 1987 The US Department of Justice recognized Mr. Mireles as the Federal Law Enforcement Officer of the Year and awarded him the Attorney Generals Award for Exceptional Heroism.

On April 10, 1989 the FBI awarded the FBI Medal of Valor. The citation reads;

In deep appreciation for his uncommon valor and heroism rendered on behalf of the Federal Bureau of Investigation and the American people in Miami, Florida on April 11, 1986. During the pursuit of two extremely dangerous criminals, two special Agents were killed and several others were wounded. Although severely injured, Mr. Mireles fired his shotgun one handed to prevent the suspects from escaping and then he charged the suspects and fatally wounded both. His heroic actions prevented further injury to his fellow Agents and innocent citizens. The Outstanding Services and Exceptional Personal Bravery demonstrated by Mr. Mireles were in the highest traditions of the Federal Bureau of Investigation and are truly worthy of this special acknowledgement.

Mr. Mireles retired in March of 2004. As a defense contractor he has spent almost four years working in Iraq as a Law Enforcement Professional and advisor to the Iraqi Police. He worked for one year (in uniform) embedded with the Marines in Fallujah and the 10th Mountain Division in Baghdad and Basrah. Mr. Mireles also worked with the U.S. Department of State in Baghdad in an Advisory position with the Iraqi Police. Mr. Mireles worked for a year with the State Dept. helping to train police in Mexico and a year helping to train police in Belize.