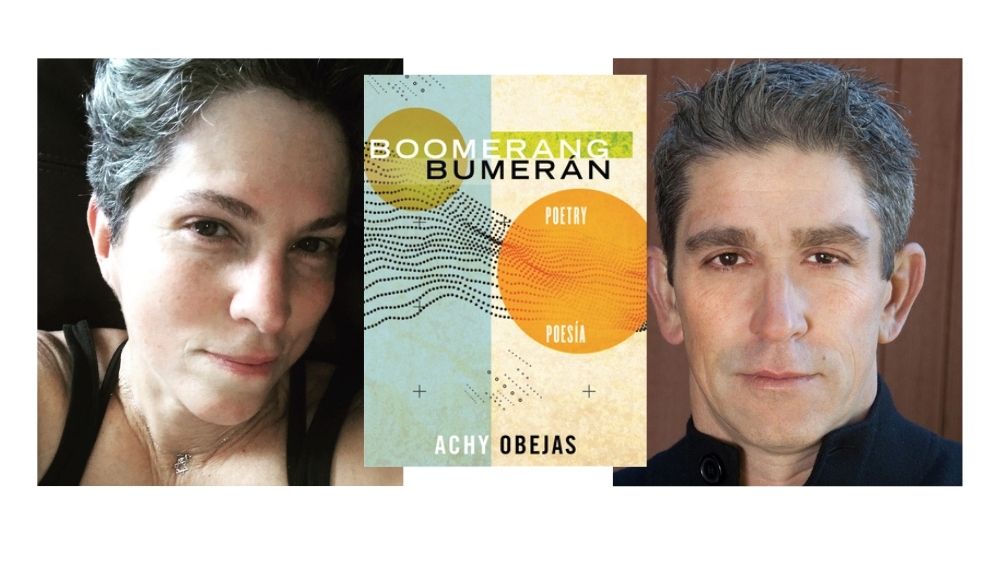 Boomerang / Bumerán: An Evening with Achy Obejas and Richard Blanco

An Evening with Achy Obejas

In conversation with Richard Blanco

A bilingual poetry collection from a Cuban-American writer-activist that explores themes of identity, sexuality, and belonging.

A unique and inspiriting bilingual collection of lyrical poetry written in a bold, mostly gender-free English and Spanish that address immigration, displacement, love and activism.

The book is divided into 3 sections: First, poems addressing immigration and displacement; secondly, those addressing love, lost and found, and finally, verses focusing on action, on ways of addressing injustice and repairing the world. The volume will be both inspiration and support for readers living with marginalized identities and those who love and stand with them. 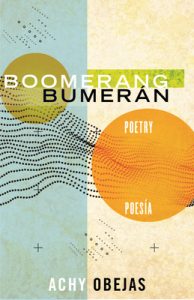 Achy Obejas is a Cuban American writer, translator, and activist whose work focuses on personal and national identity. Her story collection, The Tower of the Antilles, was a PEN/Faulkner finalist and her novel, Days of Awe, was called one of the best books of the year by the Los Angeles Times. Her poetry has appeared in Lithub, Prairie Schooner, Another Chicago Magazine, and many other publications. A native of Havana, she currently lives in the San Francisco Bay Area

Selected by President Obama as the fifth Presidential Inaugural Poet in U.S. history, Richard Blanco was the youngest, the first Latinx, immigrant, and gay person to serve in such a role. Born in Madrid to Cuban exile parents and raised in Miami, cultural identity characterizes his many collections of award-winning poetry, including his most recent, HOW TO LOVE A COUNTRY, and his memoir THE PRINCE OF LOS COCUYOS: A MIAMI CHILDHOOD.  Blanco is a Woodrow Wilson Fellow, has received numerous honorary doctorates, serves as Education Ambassador for The Academy of American Poets, and is an Associate Professor at FIU.