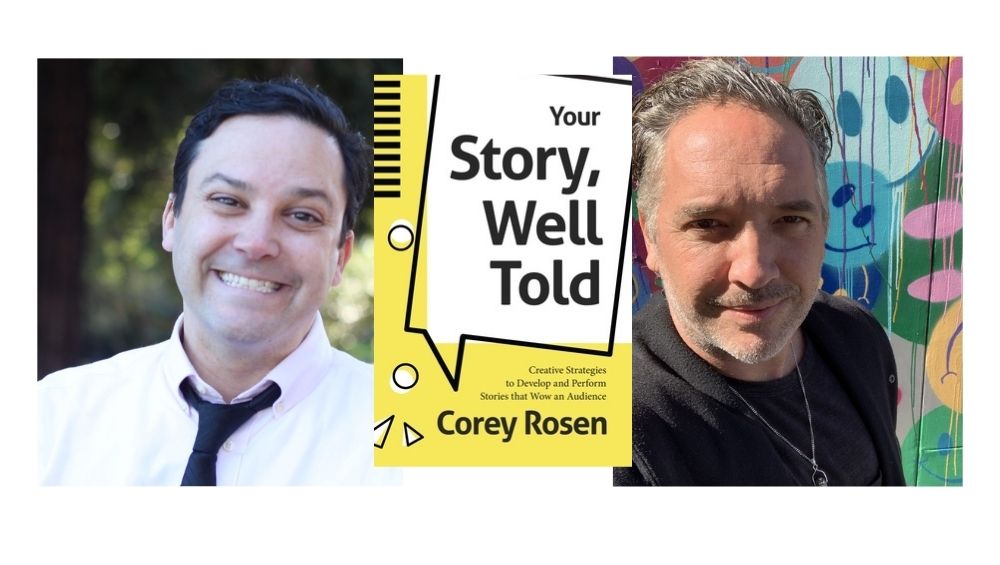 Your Story, Well Told: An Evening with Corey Rosen and Mike Burns

An Evening with Corey Rosen

In conversation with Mike Burns

Your Story, Well Told: Creative Strategies to Develop and Perform Stories That Wow an Audience

Learn the art of telling stories and make the sale, land the client, propose a toast, or impress a date. Corey Rosen is an Emmy-award winning writer and actor with years of experience as a skilled story telling coach. His book, Your Story, Well Told, is Jam-packed with some of the best story telling strategies out there.

Telling stories well is a skill we all need. We’ve all got stories to tell─but how do you make your story the best? In his book, Moth veteran and master teacher Corey Rosen inspires you to get on stage and tell your story. Using the best storytelling techniques from improvisational theatre, Rosen designs an accessible guide for all ages and skill levels. Crafted to help ordinary people tell extraordinary stories, this laugh out loud handbook covers everything from how to tell a good story to going off script.

Learn how to sell yourself through the art of telling stories. The best story telling uses improvisation to enthrall, entertain, and keep audiences on edge. Laugh along with tales of performance triumphs (and disasters) and explore ways to tell your story with confidence and spontaneity. From brainstorming and development to performance and memorization techniques, you’ll learn how to tell a good story with:

If you’re ready to sell the story straight or enjoyed books like Stories That Stick, Long Story Short, or Storyworthy, then you’ll love Your Story, Well Told. 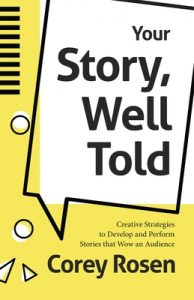 Corey Rosen is an actor, writer and visual effects producer who lives in San Francisco. He is a regular host of The Moth StorySlam series in the Bay Area, and his stories have been featured on The Moth Radio Hour and the Back Fence PDX: Mainstage. Corey began his career writing for Jim Henson Productions and Comedy Central in New York City. As an actor, Corey can be seen as a main stage company player at BATS Improv, where he improvises feature length plays.  His film credits (as a VFX Artist) include Iron Man, Grindhouse, Ted, and The Phantom Menace. He is currently writing and directing movies for a Chinese Theme Park.

Mike Burns is a Producer, Director and Music Supervisor with credits on more than 40 feature films over the last 10 years.  Burns was born and raised in Miami Florida and attended New World School of the Arts.
Mike began his career in film as a video producer and director of behind the scenes content for film studios and production companies. Mike produced music for Djs in the early 2000’s and received a Grammy Nomination for his contribution as a songwriter and producer on the Album, “Creamfields” by artist and DJ  Paul Oakenfold.
As President of Baker Entertainment, Burns developed and executive produced the film “Inconceivable” starring Nicholas Cage.  In 2018 Mike launched Burnsi Creative, a full service video production agency that creates content for clients including Ford Motors, Adidas, Tropicana, Revlon. & Lionsgate Entertainment.
His feature film debut, “Out of Death” starring Bruce Willis will be released in the Summer of 2021.