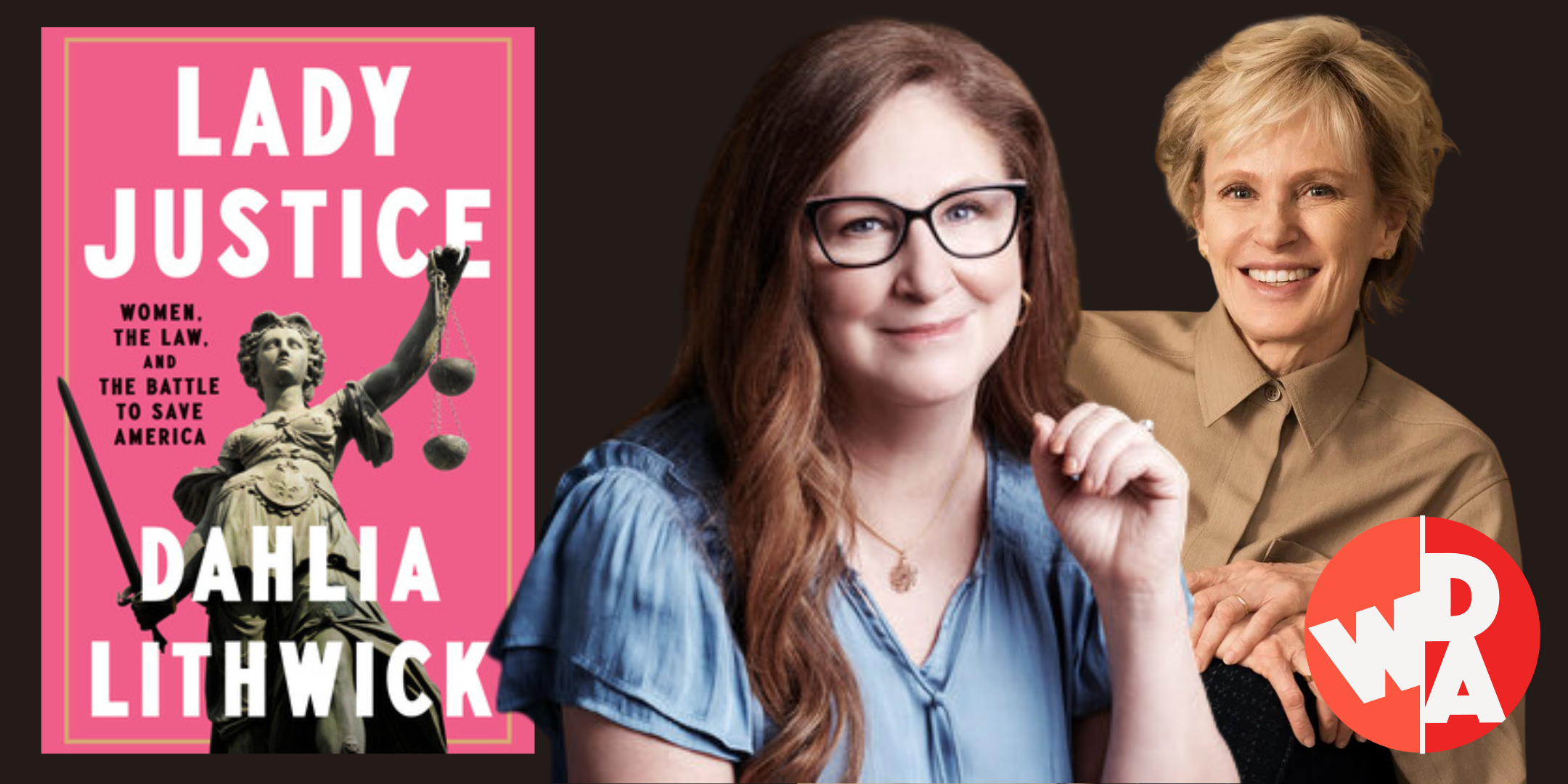 in conversation with Siri Hustvedt

Lady Justice: Women, the Law, and the Battle to Save America

HOPE AFTER ROE? On October 27 at 7PM ET, Writers for Democratic Action and Book the Vote presents Dahlia Lithwick, award-winning legal commentator, senior editor and host of the podcast Amicus at Slate to discuss her new book Lady Justice: Women, the Law, and the Battle to Save America. She will be in conversation with WDA founding member, the novelist and scholar Siri Hustvedt to explore both the legal philosophy that now controls the Supreme Court, its alternatives, and on-the-ground legal activism that can alter the future.

Book the Vote is a national drive bringing together readers, writers, booksellers, publishers, and librarians in order to register voters in advance of the 2022 elections.

Dahlia Lithwick, one of the nation’s foremost legal commentators, tells the gripping and heroic story of the women lawyers who fought the racism, sexism, and xenophobia of Donald Trump’s presidency—and won

After the sudden shock of Donald Trump’s victory over Hillary Clinton in 2016, many Americans felt lost and uncertain. It was clear he and his administration were going to pursue a series of retrograde, devastating policies. What could be done?

Immediately, women lawyers all around the country, independently of each other, sprang into action, and they had a common goal: they weren’t going to stand by in the face of injustice, while Trump, Mitch McConnell, and the Republican party did everything in their power to remake the judiciary in their own conservative image. Over the next four years, the women worked tirelessly to hold the line against the most chaotic and malign presidency in living memory. There was Sally Yates, the acting attorney general of the United States, who refused to sign off on the Muslim travel ban. And Becca Heller, the founder of a refugee assistance program who brought the fight over the travel ban to the airports. And Roberta Kaplan, the famed commercial litigator, who sued the neo-Nazis in Charlottesville. And, of course, Stacey Abrams, whose efforts to protect the voting rights of millions of Georgians may well have been what won the Senate for the Democrats in 2020.

These are just a handful of the stories Lithwick dramatizes in thrilling detail to tell a brand-new and deeply inspiring account of the Trump years. With unparalleled access to her subjects, she has written a luminous book, not about the villains of the Trump years, but about the heroes. And as the country confronts the news that the Supreme Court, which includes three Trump-appointed justices, will soon overturn Roe v. Wade, Lithwick shines a light on not only the major consequences of such a decision, but issues a clarion call to all who might, like the women in this book, feel the urgency to join the fight. A celebration of the tireless efforts, legal ingenuity, and indefatigable spirit of the women whose work all too often went unrecognized at the time, Lady Justice is destined to be treasured and passed from hand to hand for generations to come, not just among lawyers and law students, but among all optimistic and hopeful Americans. 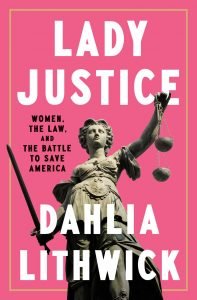 Dahlia Lithwick is the senior legal correspondent at Slate, a news and politics analyst at MSNBC, and host of Amicus, Slate’s award-winning biweekly podcast about the law. Her work has also appeared in The New York Times, Harper’s Magazine, The New Yorker, The Washington Post, The New Republic, and Commentary, among other places. Lithwick won a 2013 National Magazine Award for her columns on the Affordable Care Act. She was inducted into the American Academy of Arts and Sciences in October 2018.

Siri Hustvedt is a novelist and scholar, has a PhD in English literature, and is a lecturer in psychiatry at Weill Cornell Medical College. She is the author of a book of poems, seven novels, four collections of essays, and two works of nonfiction, most recently, Mothers, Fathers, and Others: Essays (Simon & Schuster, 2022). She has published papers in various academic and scientific journals and is the recipient of numerous awards, including the prestigious Princess of Asturias Award for Literature, the European Charles Veillon Essay Prize, an American Academy of the Arts and Letters Award in Literature, and the Los Angeles Times Book Prize for Fiction for The Blazing World, which was also longlisted for the Man Booker Prize. She lives in Brooklyn, New York.