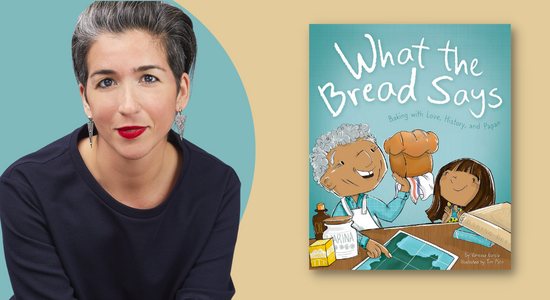 What the Bread Says: An Virtual Afternoon with Vanessa Garcia

AN AFTERNOON WITH VANESSA GARCIA

What the Bread Says

Baking with Papan is always an adventure as stories swirl in the kitchen. Join Papan and Vanessa as they go from the bumpy Pyrenees Mountains into fancy Paris and to the tropical island of Cuba while kneading, dancing and singing along the way.

Based on a true story, this was how Vanessa Garcia (author) learned to bake bread with her grandfather when she was a little girl. While baking together, her grandfather told her incredible stories of his life. Through his stories, Vanessa learned about her roots and the power of love and family. Get a copy of What the Bread Says and celebrate family, cultures, and the resilience of the human spirit.

Grab an apron and come find out what the bread says! FREE bread recipe included in the book for additional quality time with your reader. There is also a FREE Reader’s Guide for children. The guide contains interactive lesson plans that deepen comprehension and encourage critical thinking skills. The Reader’s Guide and coloring pages are available for FREE download from the publisher website. 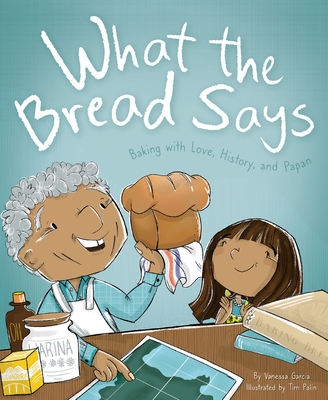 Vanessa Garcia is a multidisciplinary writer and creator working as a screenwriter, novelist, playwright, and journalist. She has written for Sesame Street, Caillou, and is a consultant on Dora the Explorer. Her debut novel, White Light, was published in 2015, to critical acclaim. Named one of the Best Books of 2015 by NPR, it also won an International Latino Book Award. Her plays have been produced in Edinburgh, Miami, Amsterdam, Los Angeles, New York, and other cities around the world. These include the immersive hit, Amparo(“Miami’s Hottest Ticket,” according to People en Español); The Cuban Spring (a full-length Carbonell Award nominee for Best New Play, 2015), The Crocodile’s Bite (a short included in numerous anthologies such as Smith & Kraus’ Best Ten Minute Plays of 2016; the City Theatre Anthology 2015; and the Writer’s Digest Annual Award Anthology, 2015), and Freek!,a short play for Young Adults (anthologized in The Applause Acting Series’ 5 Minute Plays For Teens). As a journalist, feature writer, and essayist, her pieces have appeared in The LA Times, The Miami Herald, The Guardian, The Washington Post, Narrative.ly, American Theatre Magazine, The Huffington Post, ESPN, and numerous other publications. She holds a PhD from the University of California Irvine in English (with a focus in Creative Nonfiction), an MFA from the University of Miami (in fiction), and a BA from Barnard College, Columbia University (English and Art History). Her newly commissioned and autobiographical radio play, Ich Bin Ein Berliner about the fall of the Berlin Wall and her relationship to Cuba premiers in April of 2021.