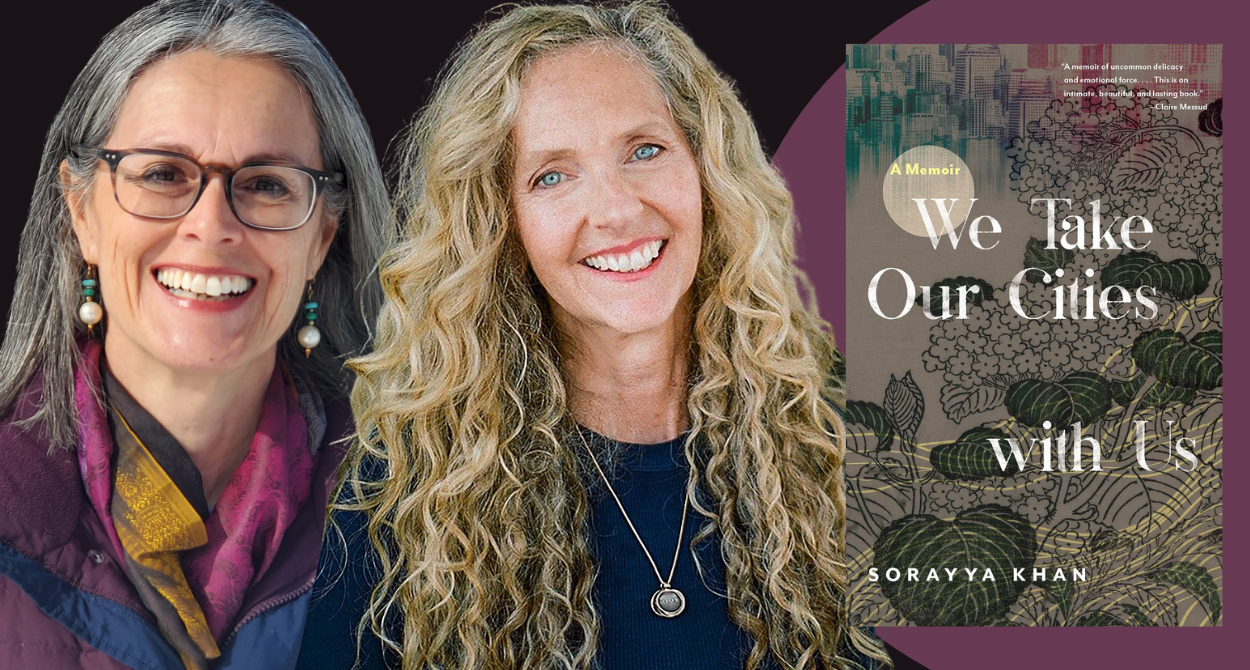 An Evening with Sorayya Khan in conversation with Lily King

We Take Our Cities with Us: A Memoir 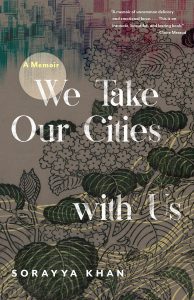 Even when we leave them, our cities never leave us. After her Dutch mother’s death, Sorayya Khan confronts her grief by revisiting their relationship, her parents’ lives, and her own Pakistani-Dutch heritage in a multicultural memoir that unfolds over seven cities and three continents. We Take Our Cities with Us ushers us from Khan’s childhood independence forged at her grandparents’ home in Lahore; to her adolescence in Pakistan’s new capital, Islamabad; to Syracuse and Ithaca, New York, where Khan finds her footing as the mother of young, brown sons in post-9/11 America; to her birthplace, Vienna, where her parents die; and finally to Amsterdam and Maastricht, the cities of her mother’s conflicted youth. In Khan’s gripping telling of her immigrant experience, she shows us what it is to raise children and lose parents in worlds other than your own. Drawing on family history, geopolitics, and art in this stunning story of loss, identity, and rediscovery, Khan beautifully illuminates the complexities of our evolving global world and its most important constant: love.

Sorayya Khan is the author of the novels City of Spies, Five Queen’s Road, and Noor. We Take Our Cities with Us is her first work of nonfiction. The daughter of a Pakistani father and a Dutch mother, she was born in Europe, grew up in Pakistan, and now lives in Ithaca, New York, with her family.

Lily King is the award-winning author of five novels. Her most recent novel, Writers & Lovers, was published in March 2020, and her first collection of short stories, Five Tuesdays in Winter, was published in November 2021. Her 2014 novel Euphoria won the Kirkus Award, The New England Book Award and was a finalist for the National Book Critics Award. Euphoria was named one of the 10 Best Books of 2014 by The New York Times Book Review. It was included in TIME’s Top 10 Fiction Books of 2014, as well as on Amazon, NPR, Entertainment Weekly, Publishers Weekly, and Salon’s Best Books of 2014.