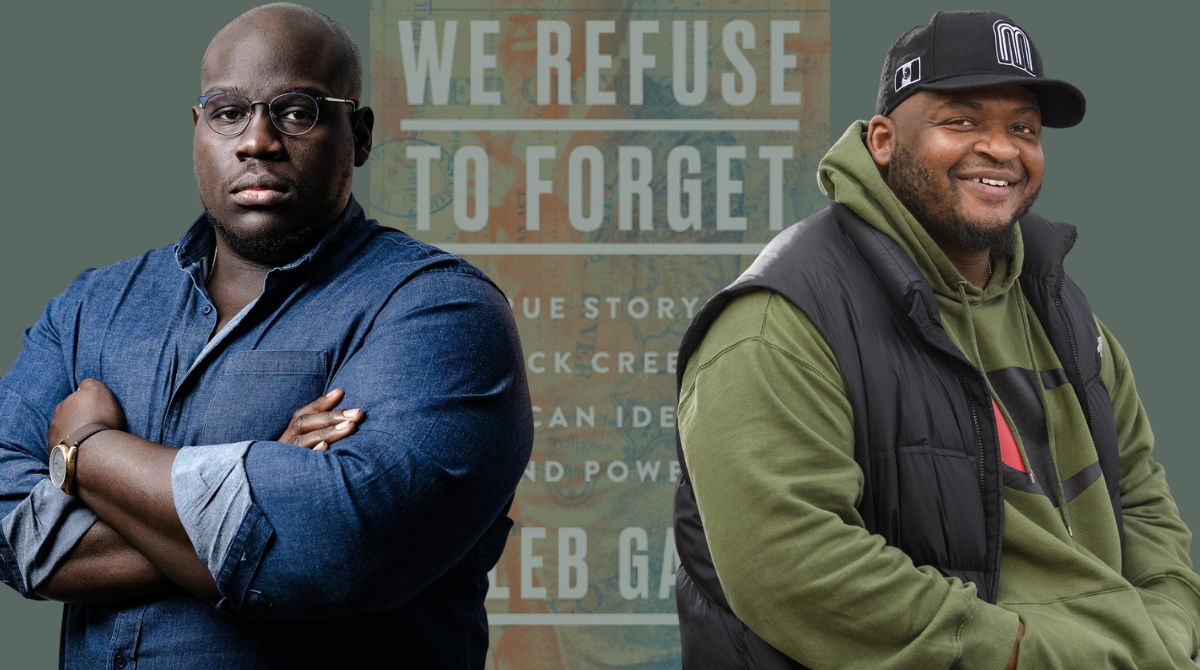 We Refuse to Forget: A Virtual Evening with Caleb Gayle and Kiese Laymon

We Refuse to Forget: A True Story of Black Creeks, American Identity, and Power 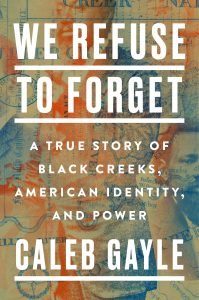 “We Refuse to Forget reminds readers, on damn near every page, that we are collectively experiencing a brilliance we’ve seldom seen or imagined…We Refuse to Forget is a new standard in book-making.” —Kiese Laymon, author of the bestselling Heavy: An American Memoir

A landmark work of untold American history that reshapes our understanding of identity, race, and belonging


In We Refuse to Forget, award-winning journalist Caleb Gayle tells the extraordinary story of the Creek Nation, a Native tribe that two centuries ago both owned slaves and accepted Black people as full citizens. Thanks to the efforts of Creek leaders like Cow Tom, a Black Creek citizen who rose to become chief, the U.S. government recognized Creek citizenship in 1866 for its Black members. Yet this equality was shredded in the 1970s when tribal leaders revoked the citizenship of Black Creeks, even those who could trace their history back generations—even to Cow Tom himself.

Why did this happen? How was the U.S. government involved? And what are Cow Tom’s descendants and other Black Creeks doing to regain their citizenship? These are some of the questions that Gayle explores in this provocative examination of racial and ethnic identity. By delving into the history and interviewing Black Creeks who are fighting to have their citizenship reinstated, he lays bare the racism and greed at the heart of this story. We Refuse to Forget is an eye-opening account that challenges our preconceptions of identity as it shines new light on the long shadows of white supremacy and marginalization that continue to hamper progress for Black Americans.

CALEB GAYLE is an award-winning journalist who writes about race and identity. A professor at Northeastern University, he is a fellow at New America, PEN America, Harvard’s Radcliffe Institute of Advanced Studies, and a visiting scholar at New York University. Gayle’s writing has appeared in The New York Times Magazine, The Atlantic, The Guardian, Guernica, and other publications. The son of Jamaican immigrants, Gayle is a graduate of the University of Oklahoma, the University of Oxford, and has an MBA and a master’s in public policy, both from Harvard University. He lives in Boston.

KIESE LAYMON is a Black southern writer from Jackson, Mississippi. Laymon’s bestselling memoir, Heavy: An American Memoir, won the 2019 Andrew Carnegie Medal for Excellence in Nonfiction, the 2018 Christopher Isherwood Prize for Autobiographical Prose, the Austen Riggs Erikson Prize for Excellence in Mental Health Media, and was named one of the 50 Best Memoirs of the Past 50 Years by The New York Times. Laymon is a Contributing Editor at Vanity Fair and Oxford American.