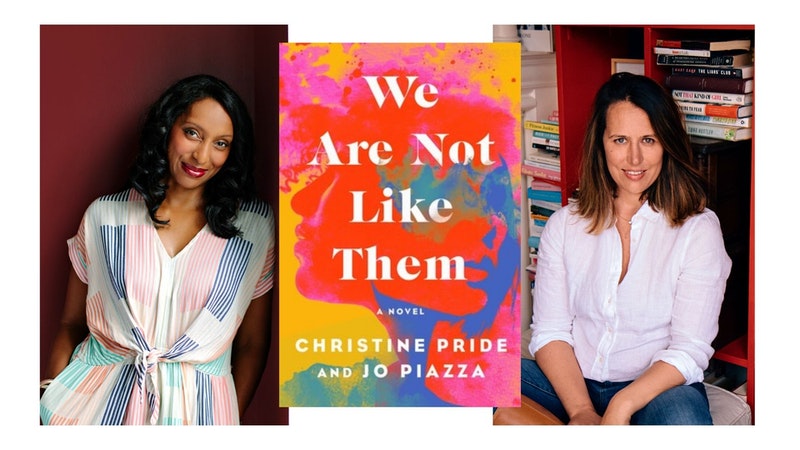 We Are Not Like Them: An Evening with Christine Pride, Jo Piazza, and Elizabeth Bernstein

An Evening with Christine Pride and Jo Piazza

In Conversation with Elizabeth Bernstein

“Now these women, they can WRITE!” —Terry McMillan, New York Times bestselling author of It’s Not All Downhill from Here

“We Are Not Like Them will stay with you long after you turn the last page.” —Laura Dave, New York Times bestselling author of The Last Thing He Told Me

Told from alternating perspectives, an evocative and riveting novel about the lifelong bond between two women, one Black and one white, whose friendship is indelibly altered by a tragic event—a powerful and poignant exploration of race in America today and its devastating impact on ordinary lives.

Jen and Riley have been best friends since kindergarten. As adults, they remain as close as sisters, though their lives have taken different directions. Jen married young, and after years of trying, is finally pregnant. Riley pursued her childhood dream of becoming a television journalist and is poised to become one of the first Black female anchors of the top news channel in their hometown of Philadelphia.

But the deep bond they share is severely tested when Jen’s husband, a city police officer, is involved in the shooting of an unarmed Black teenager. Six months pregnant, Jen is in freefall as her future, her husband’s freedom, and her friendship with Riley are thrown into uncertainty. Covering this career-making story, Riley wrestles with the implications of this tragic incident for her Black community, her ambitions, and her relationship with her lifelong friend.

Like Tayari Jones’s An American Marriage and Jodi Picoult’s Small Great Things, We Are Not Like Them explores complex questions of race and how they pervade and shape our most intimate spaces in a deeply divided world. But at its heart, it’s a story of enduring friendship—a love that defies the odds even as it faces its most difficult challenges. 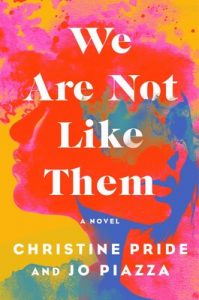 Christine Pride is a writer, editor, and longtime publishing veteran. She’s held editorial posts at many different trade imprints, including Doubleday, Broadway, Crown, Hyperion, and Simon & Schuster. As an editor, Christine has published a range of books, with a special emphasis on inspirational stories and memoirs, including numerous New York Times bestsellers. As a freelance editorial consultant, she does select editing and proposal/content development, as well as teaching and coaching, and pens a regular column—“Race Matters”—for Cup of Jo. She lives in New York City.

Jo Piazza is an award-winning journalist, editor and podcast host. Her work has appeared in the New York Times, The Wall Street Journal, CNN, Marie Claire, Glamour, and other notable publications. She is also the author of Charlotte Walsh Likes to Win, How to Be Married, The Knockoff, Fitness Junkie, and If Nuns Ruled the World. She lives in Philadelphia with her husband and two small children. 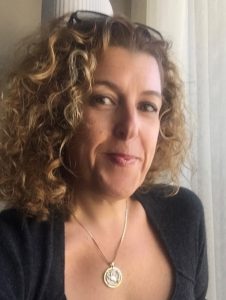 Elizabeth Bernstein writes the “Bonds: On Relationships” column for the Wall Street Journal, where she has been at for 20 years. She has received awards from organizations including the New York Chapter of the Society of Professional Journalists’ Deadline Club, the Education Writers Association and the American Psychoanalytic Association. Ms. Bernstein received a bachelor’s degree in journalism and English from Indiana University and a master’s degree in journalism with honors from Columbia University. She has completed a Knight Science Journalism Fellowship at MIT, which focused on brain science, and a Rosalynn Carter Fellowship for Mental Health Journalism. She lives in Miami, where she is an avid sailor and scuba diver.