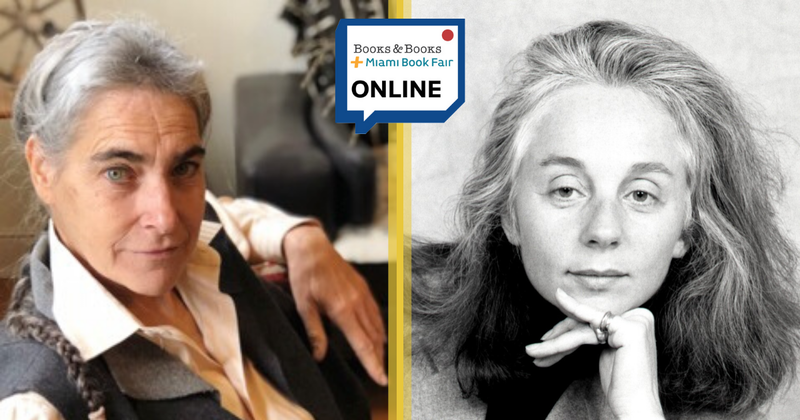 An Evening with Sarah Chayes

In conversation with Victoria Wilson

On Corruption in America: And What is at Stake

From the prizewinning journalist, internationally recognized expert on corruption in government networks throughout the world, author of Thieves of State: Why Corruption Threatens Global Security, a major, unflinching book that looks homeward to America, exploring the insidious, dangerous networks of corruption of our past, present, and precarious future.

Now, bringing to bear all of her knowledge, grasp, sense of history and observation, Sarah Chayes writes in her new book, that the United States is showing signs similar to some of the most corrupt countries in the world. Corruption, as Chayes sees it, is an operating system of sophisticated networks in which government officials, key private-sector interests, and out-and-out criminals interweave. Their main objective: not to serve the public but to maximize returns for network members.

From the titans of America’s Gilded Age (Carnegie, Rockefeller, J. P. Morgan, et al.) to the collapse of the stock market in 1929, the Great Depression and FDR’s New Deal; from Joe Kennedy’s years of banking, bootlegging, machine politics, and pursuit of infinite wealth, as well as the Kennedy presidency, to the deregulation of the Reagan Revolution, undermining the middle class and the unions; from the Clinton policies of political favors and personal enrichment to Trump’s hydra-headed network of corruption, systematically undoing the Constitution and our laws, Chayes shows how corrupt systems are organized, how they enforce the rules so their crimes are covered legally, how they are overlooked and downplayed–shrugged off with a roll of the eyes–by the richer and better educated, how they become an overt principle determining the shape of our government, affecting all levels of society. 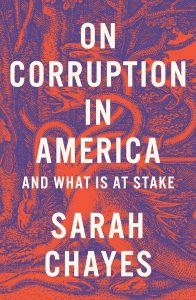 Sarah Chayes’ remarkable trajectory has led her from reporting from Paris for National Public Radio, to working on the ground in Kandahar, Afghanistan in the midst of a burgeoning insurgency, to serving as special assistant to the chairman of the Joint Chiefs of Staff.  Internationally renowned for her innovative thinking on corruption and its implications, she has examined its workings in such countries as Nigeria and Honduras, Uzbekistan and Nepal. Her work has uncovered the reality that systemic corruption gives rise to some of the most dangerous crises of our day: violent ideological extremism, insurrections and popular revolutions, mass migration, environmental devastation. She has advised government officials, business leaders and reformers from Washington to Canberra. She is the author of The Punishment of Virtue: Inside Afghanistan After the Taliban and Thieves of State: Why Corruption Threatens Global Security, which won the 2016 L.A. Times Book Prize. She lives in Paw Paw, WV.

Victoria Wilson is Senior Editor, Vice President at Knopf. Among the many authors she has worked with: Walter Abish, Alice Adams, Diane Ravitch, Laurel Ulrich, Susan Cheever, Mary Beth Norton, Laurie Colwin, William Gass, Lorrie Moore, Anne Rice, Philippe Sands, Jill Ciment, Christopher Plummer, Helen Simpson, Lisa Alther, Meryle Secrest, Ruth Gruber, Jane Alexander, Richard Mason, Frederick Brown, and Annalena McAfee. She has served on the board of PEN American Center, as Vice President of the National Board of Review of Motion Pictures, and was appointed by President Clinton to the U.S. Civil Rights Commission. Her book, A Life of Barbara Stanwyck: Steel-True 1907-1940, Volume One was published by Simon & Schuster. She is at work on Volume Two of A Life of Barbara Stanwyck, 1940-1990.