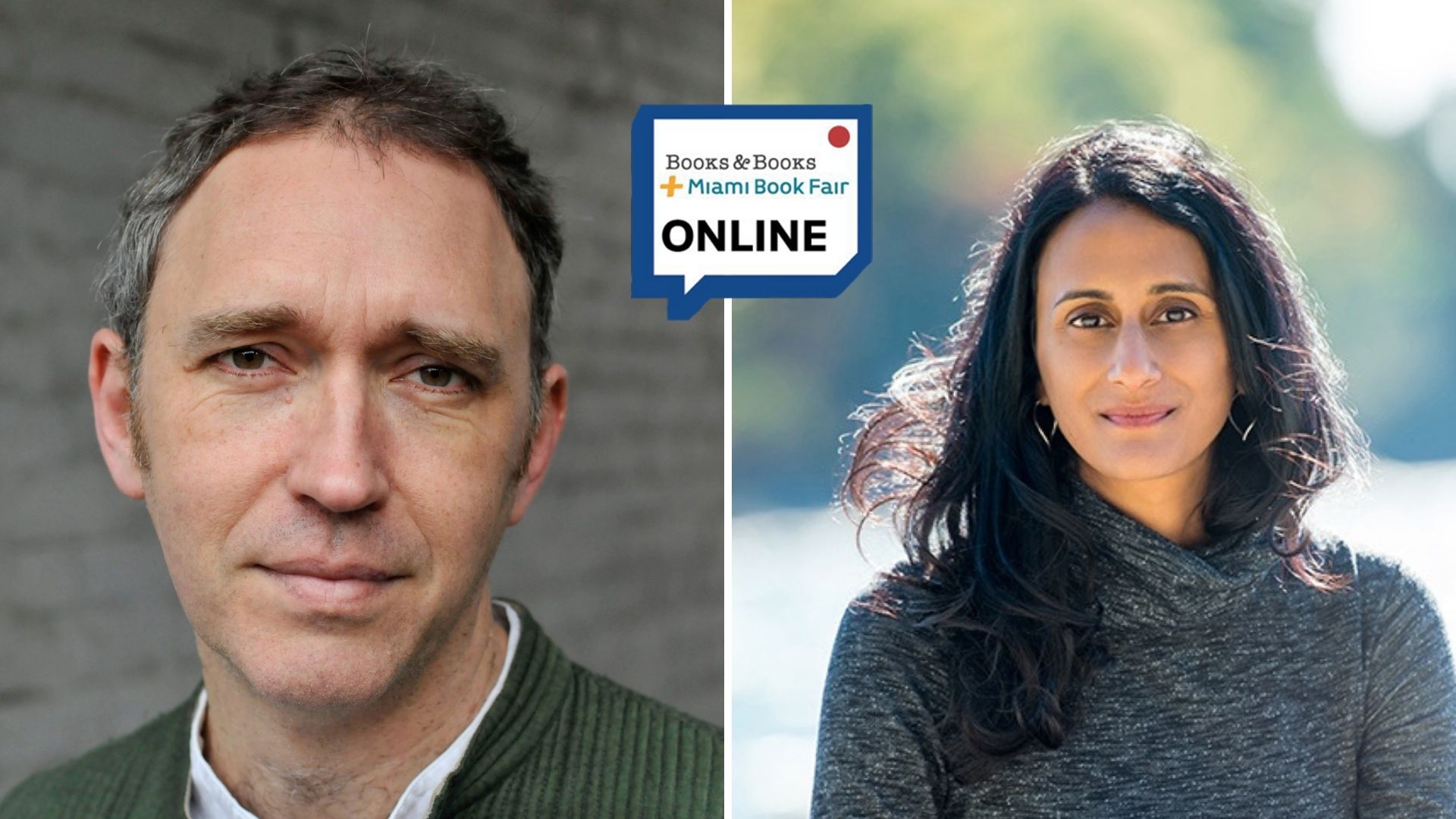 An Afternoon with Roman Krznaric

In conversation with Bina Venkataraman

The Good Ancestor: A Radical Prescription for Long-Term Thinking

The Optimist’s Telescope: Thinking Ahead in a Reckless Age

About THE GOOD ANCESTOR:

In The Good Ancestor: A Radical Prescription for Long-term Thinking, Roman Krznaric reveals six practical ways we can retrain our brains to think of the long view, including Deep-Time Humility (recognizing our lives as a cosmic eyeblink) and Cathedral Thinking (starting projects that will take more than one lifetime to complete). His aim is to inspire more “time rebels” like Greta Thunberg—to shift our allegiance from this generation to all humanity—in short, to save our planet and our future. 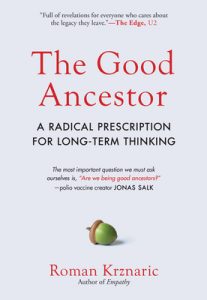 Roman Krznaric is a public philosopher who writes about the power of ideas to change society. His books include Empathy, The Wonderbox, and Carpe Diem Regained, and have been published in more than twenty languages. He studied at the Universities of Oxford, London, and Essex, where he received his PhD. He is a founding faculty member of The School of Life and is based in the UK.

About THE OPTIMIST’S TELESCOPE:

A trailblazing exploration of how we can plan better for the future—our own, our families’, and our society’s.

Many of us never learned—or have forgotten—how to make smart decisions for the long run. In a world where immediate satisfaction is the norm, it’s easy to avoid thinking ahead. Whether it’s decisions about our health (our chronic overuse of antibiotics has triggered a shocking rise in superbugs that are resistant to them), our finances (20 percent of Americans save nothing for retirement), or our jobs (we slash R&D budgets to improve short-term profit and then can’t keep pace with competitors), we lack the tools to choose what’s best for the future. Today more than ever, we need to know how to make better long-term decisions—for ourselves, our families, and the world. 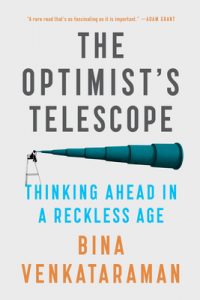 Bina Venkataraman teaches in the program on Science, Technology, and Society at MIT and is a fellow at New America. A former journalist for The New York Times and The Boston Globe who also served as senior adviser for climate change innovation in the Obama White House, she is now director of Global Policy Initiatives at the Broad Institute of Harvard and MIT. Venkataraman is an alumna of Brown University and the Harvard Kennedy School. She grew up in Ohio and now lives in greater Boston.