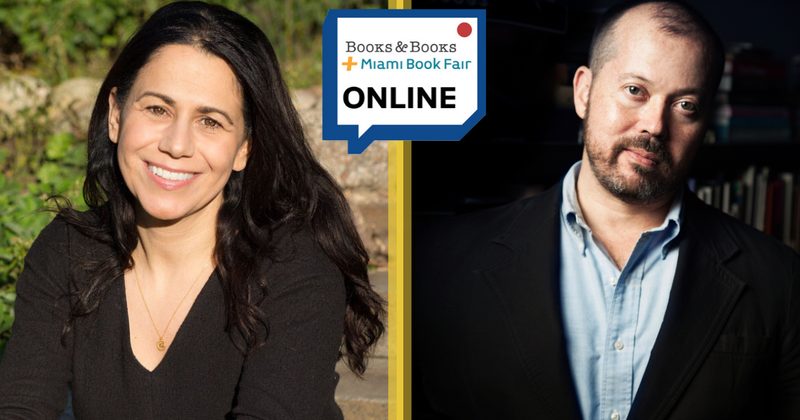 An Evening with Natalie Bakopoulos

In conversation with Alexander Chee

After the unexpected deaths of her parents, young academic Mira returns to her childhood home in Athens. On her first night back, she encounters a new neighbor, a longtime ship captain who has found himself, for the first time in years, no longer at sea. As one summer night tumbles into another, Mira and the Captain’s voices drift across the balconies of their apartments, disclosing details and stories: of careers, of families, of love.

For Mira, love has so often meant Aris, an ex-boyfriend and rising Greek politician who has recently become engaged to a movie star. There is, too, her love for her dear friend Nefeli—a well-known queer artist who came of age during the military dictatorship—as well as Dimitra and Fady, a couple caring for a young refugee boy. Undergirding each relationship is the love that these characters have for Athens, a beautiful but complicated city that is equal parts lushness and sharp edges.

Scorpionfish is a map of how and where we find our true selves: in the pull of the sea; the sway of late-night bar music; the risk and promise of art; and in the sparkling, electric, summertime charge of endless possibility. Award-winning author Natalie Bakopoulos weaves a story of vulnerability, desire, and bittersweet truth, unraveling old ways of living and, in the end, creating something new. 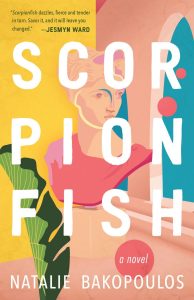 Natalie Bakopoulos is the author of The Green Shore, and her work has appeared in Tin House, the Iowa Review, the New York Times, Granta, Ploughshares, and The PEN/O. Henry Prize Stories. She’s an assistant professor of creative writing at Wayne State University in Detroit and a faculty member of the summer program Writing Workshops in Greece.  She lives in Ann Arbor, Michigan.

Alexander Chee is the best-selling author of the novels The Queen of the Night and Edinburgh, and the essay collection How to Write an Autobiographical Novel. He is a contributing editor at the New Republic, and an editor at large at Virginia Quarterly Review. His work has appeared in The Best American Essays 2016, the New York Times Magazine, the New York Times Book Review, the New Yorker, T Magazine, Slate, Vulture, among others. He is winner of a 2003 Whiting Award, a 2004 NEA Fellowship in prose and a 2010 MCCA Fellowship, and residency fellowships from the MacDowell Colony, the VCCA, Civitella Ranieri and Amtrak. He is an associate professor of English at Dartmouth College.