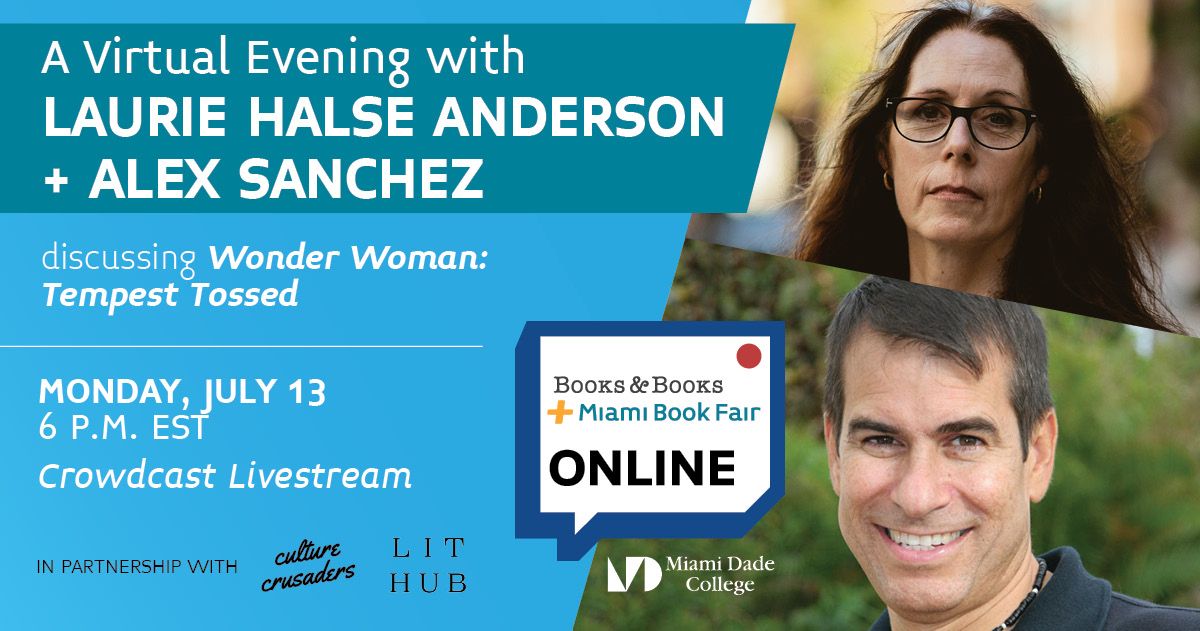 Princess Diana believes that her 16th birthday will be one of new beginnings—namely acceptance into the warrior tribe of Amazons. The celebrations are cut short, however, when rafts of refugees break through the Themysciran barrier. Diana tries to help them, but she is swept away by the sea—and from her home—thus becoming a refugee herself.

Now Diana must survive in the world outside of Themyscira for the first time; the world that is filled with danger and injustice. She must redefine what it means to belong, to be an Amazon, and to make a difference.

Wonder Woman: Tempest Tossed is a story about growing into your strength, battling for justice, and the power of friendship. 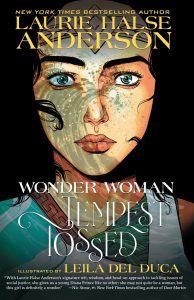 Laurie Halse Anderson is a New York Times bestselling author whose writing spans young readers, teens, and adults. Combined, her books have sold more than 8 million copies. Her new book, SHOUT, a memoir-in-verse about surviving sexual assault at the age of thirteen and a manifesta for the #MeToo era, has received widespread critical acclaim and was Laurie’s eighth New York Times bestselling book.

Two of her novels, Speak and Chains, were National Book Award finalists, and Chains was short-listed for the prestigious Carnegie medal in the United Kingdom. Laurie has been nominated for Sweden’s Astrid Lindgren Memorial Award three times. Laurie was selected by the American Library Association for the Margaret A. Edwards Award and has been honored for her battles for intellectual freedom by the National Coalition Against Censorship and the National Council of Teachers of English.

Alex Sanchez has published eight novels, including the American Library Association “Best Book for Young Adults” Rainbow Boys and the Lambda Award-winning So Hard to Say. His novel Bait won the Tomàs Rivera Mexican-American Book Award and the Florida Book Award Gold Medal for Young Adult fiction. He has a master’s degree in guidance and counseling and worked for many years as a youth and family counselor.