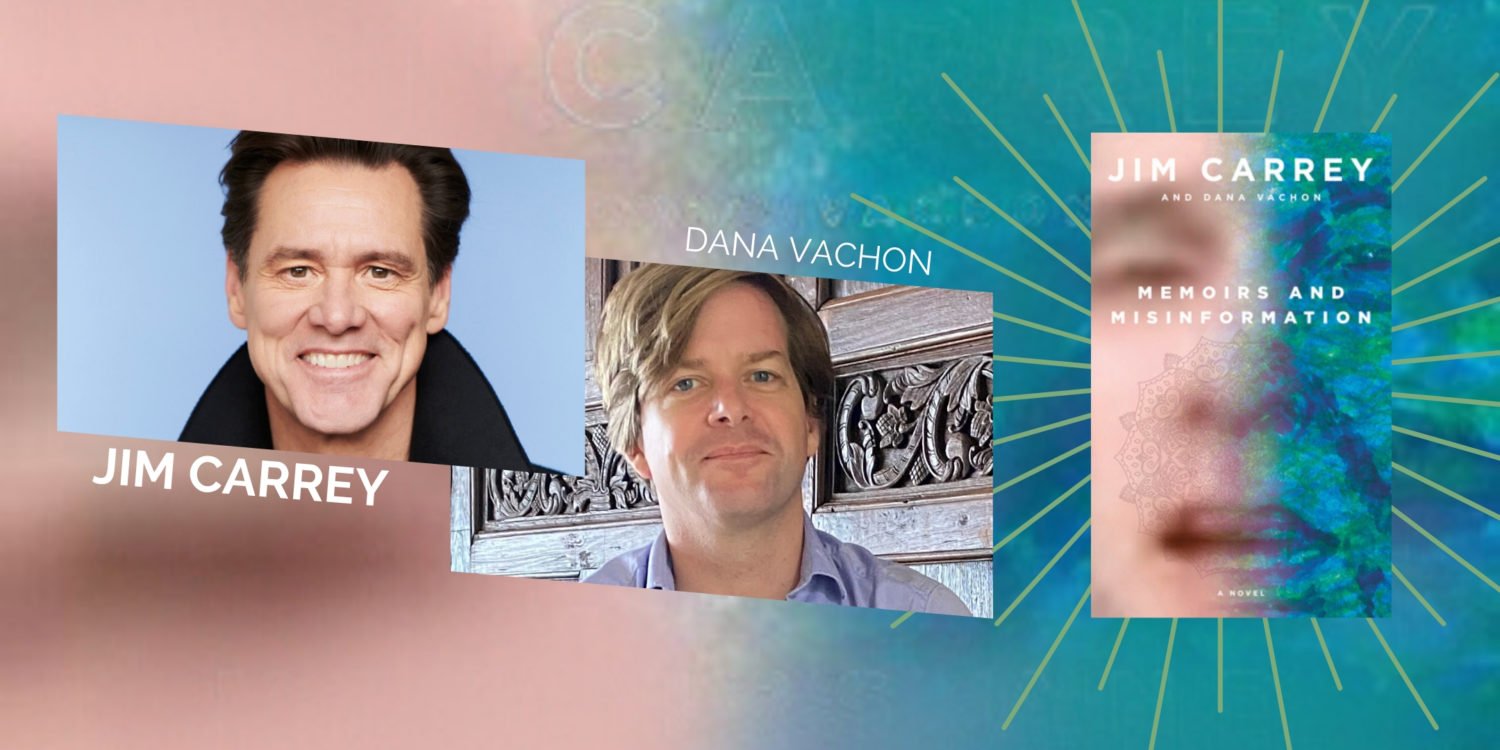 “AN EVENING WITH JIM CARREY and DANA VACHON”

To be Introduced by: JUDY BLUME

Each ticket includes a copy of the book with a bookplate signed by Jim Carrey.

“None of this is real and all of it is true,” says Jim Carrey about his new novel, Memoirs and Misinformation, co-written with the author Dana Vachon. The award-winning actor and author will make his one and only virtual appearance exclusively with Books & Books, to be introduced by one of America’s most beloved authors Judy Blume, in conversation with his writing partner Vachon, and moderated by Mitchell Kaplan, the owner-founder of the independently-owned bookstore Books & Books in Miami, Florida.

Join us for a conversation about art, acting, life, literature, celebrity, and the forces that shape our lives. 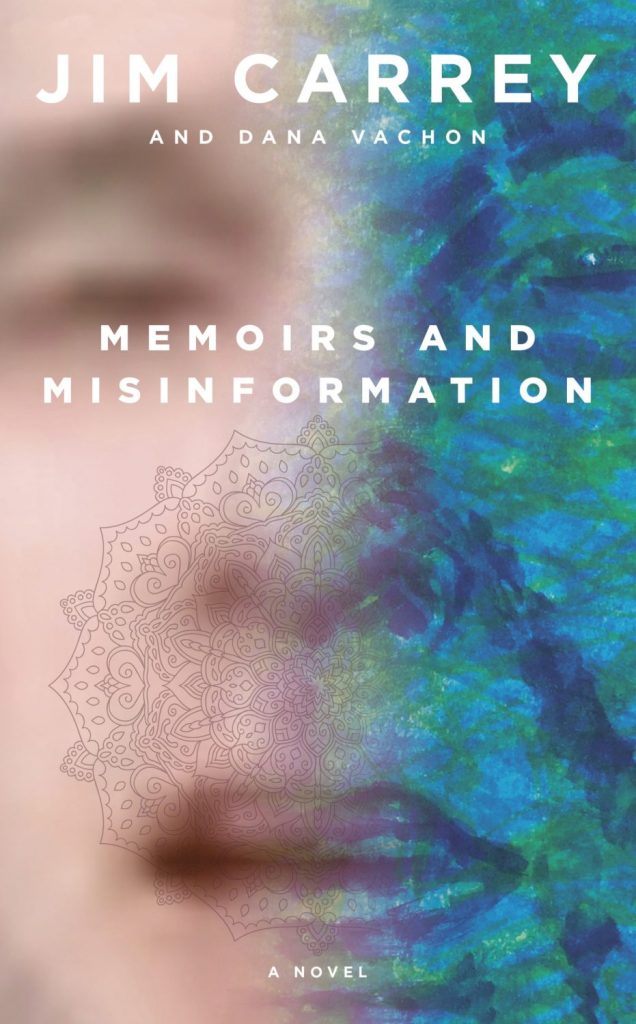 Meet Jim Carrey. Sure, he’s an insanely successful and beloved movie star drowning in wealth and privilege–but he’s also lonely. Maybe past his prime. Maybe even . . . getting fat? He’s tried diets, gurus, and cuddling with his military-grade Israeli guard dogs, but nothing seems to lift the cloud of emptiness and ennui. Even the sage advice of his best friend, actor and dinosaur skull collector Nicolas Cage, isn’t enough to pull Carrey out of his slump.

But then Jim meets Georgie: ruthless ingénue, love of his life. And with the help of auteur screenwriter Charlie Kaufman, he has a role to play in a boundary-pushing new picture that may help him uncover a whole new side to himself–finally, his Oscar vehicle! Things are looking up!

But the universe has other plans.

Memoirs and Misinformation is a fearless semi-autobiographical novel, a deconstruction of persona. In it, Jim Carrey and Dana Vachon have fashioned a story about acting, Hollywood, agents, celebrity, privilege, friendship, romance, addiction to relevance, fear of personal erasure, our “one big soul,” Canada, and a cataclysmic ending of the world–apocalypses within and without.

Jim Carrey is an award-winning actor and author.

Dana Vachon is the author of the novel Mergers and Acquisitions. His essays and journalism have appeared in The New York Times, Slate and Vanity Fair. He lives in Brooklyn.

Memoirs and Misinformation is their first collaboration. 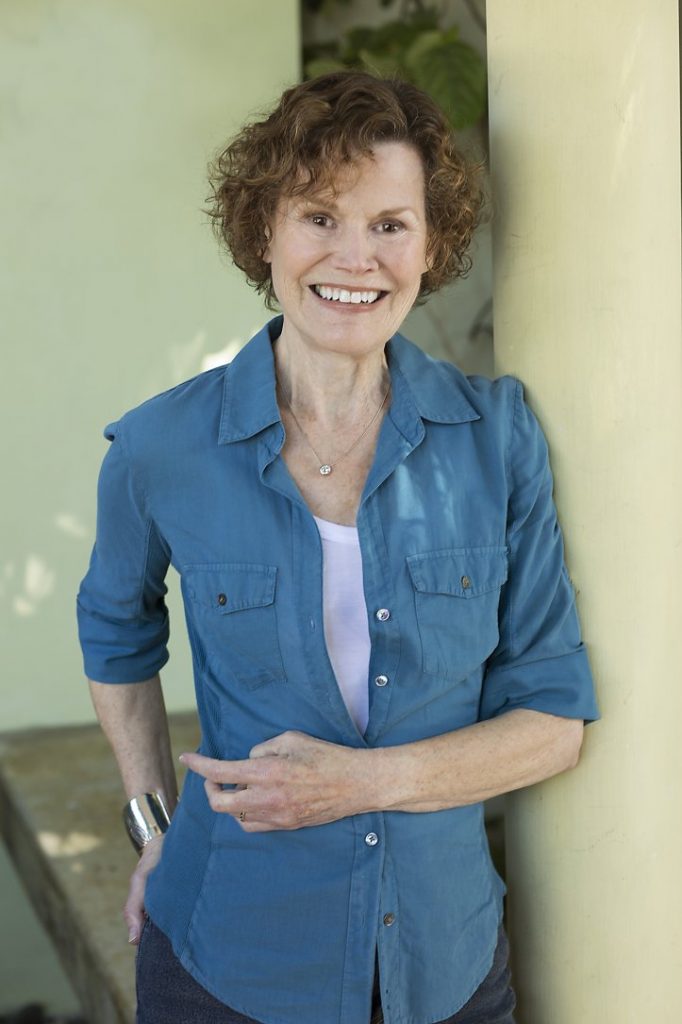 Judy Blume spent her childhood in Elizabeth, New Jersey, making up stories inside her head. She has since published twenty-nine books, including Are You There God? It’s Me, Margaret, celebrating its 50th anniversary this year. She has written four novels for adults, In the Unlikely Event, Summer Sisters, Smart Women, and Wifey, all of them New York Times bestsellers. She was awarded the National Book Foundation Medal for Distinguished Contribution to American Letters in 2004.

She and her husband George Cooper are proud to be co-founders of the Books & Books affiliate in Key West. Judy is a fan girl of Jim Carrey. She and George used to play a version of The Truman Show. No, she is not going to give you details. But she is very excited about introducing him. 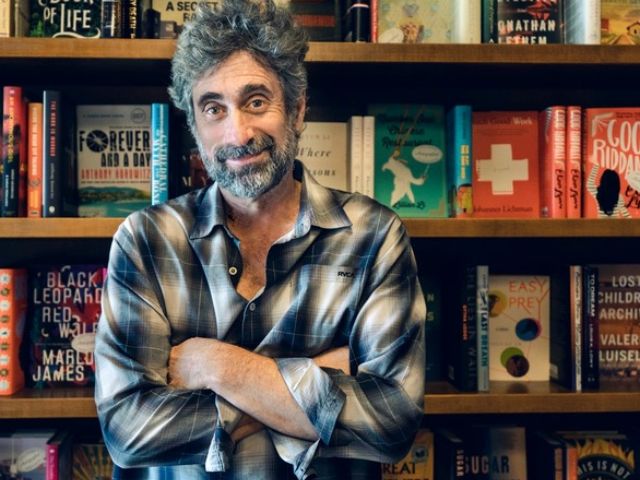 Mitchell Kaplan, a Miami Beach native, founded the independent bookstore chain Books & Books in 1982. Books & Books was named “Publishers’ Weekly Bookstore of the Year” in 2015. He is the co-founder of Miami Book Fair, a former president of the American Booksellers Association (ABA), and received the National Book Foundation’s prestigious “Literarian Award for Outstanding Service to the American Literary Community” in 2011. He is the host of the podcast, “The Literary Life with Mitchell Kaplan” and with his partner Paula Mazur, formed the Mazur/Kaplan film production company to bring books to the screen. He never dreamt he’d be running Books & Books in the middle of a pandemic, much less moderating a conversation with one of his idols.