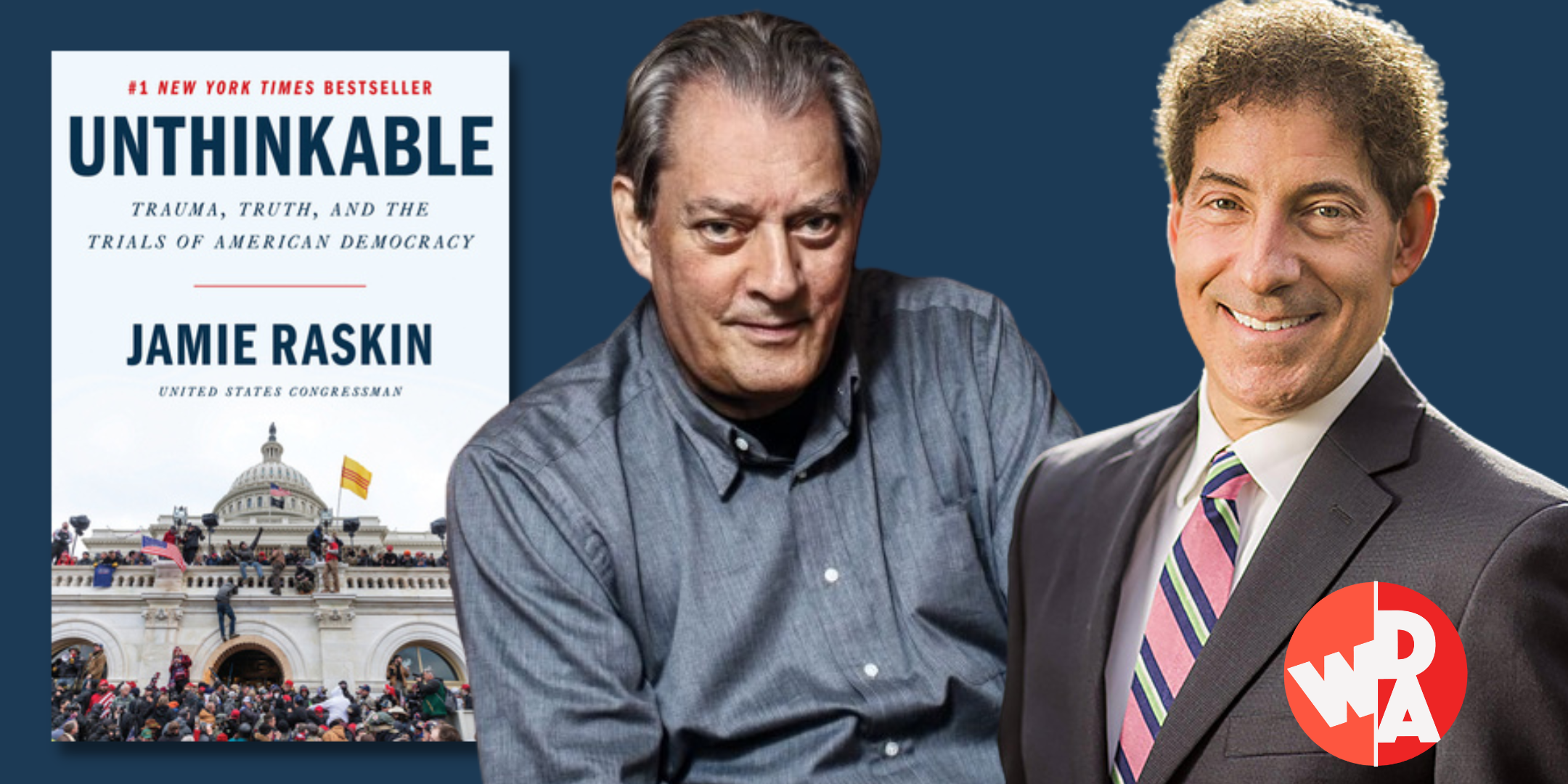 Books & Books, Writers for Democratic Action, Book the Vote, and indies across the U.S. present…

Unthinkable: Trauma, Truth, and the Trials of American Democracy 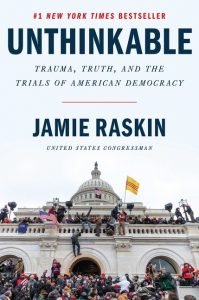 In this searing memoir, Congressman Jamie Raskin tells the story of the forty-five days at the start of 2021 that permanently changed his life—and his family’s—as he confronted the painful loss of his son to suicide, lived through the violent insurrection in our nation’s Capitol, and led the impeachment effort to hold President Trump accountable for inciting the political violence.

On December 31, 2020, Tommy Raskin, the only son of Maryland Congressman Jamie Raskin, tragically took his own life after a long struggle with depression. Seven days later on January 6, Congressman Raskin returned to Congress to help certify the 2020 Presidential election results, when violent insurrectionists led by right wing extremist groups stormed the U.S. Capitol hoping to hand four more years of power to President Donald Trump. As our reeling nation mourned the deaths of numerous people and lamented the injuries of more than 140 police officers hurt in the attack, Congressman Raskin, a Constitutional law professor, was called upon to put aside his overwhelming grief—both personal and professional—and lead the impeachment effort against President Trump for inciting the violence. Together this nine-member team of House impeachment managers riveted a nation still in anguish, putting on an unprecedented Senate trial that produced the most bipartisan Presidential impeachment vote in American history.

Now for the first time, Congressman Raskin discusses this unimaginable convergence of personal and public trauma, detailing how the painful loss of his son and the power of Tommy’s convictions fueled the Congressman’s work in the aftermath of modern democracy’s darkest day. Going inside Congress on January 6, he recounts the horror of that day, a day that he and other Democrats had spent months preparing for under the correct assumption that they would encounter an attempted electoral coup—not against a President but for one. And yet, on January 6, he faced the one thing he had failed to anticipate: mass political violence designed to block Biden’s election. With an inside account of leading the team prosecuting President Trump in the Senate, Congressman Raskin shares never before told stories of just how close we came to losing our democracy that fateful day and lays out the methodical prosecution that convinced Democrats and Republicans alike of Trump’s responsibility for inciting insurrectionary violence against our government.

Through it all, he reckons with the loss of his brilliant, remarkable son, a Harvard Law student whose values and memory continually inspired the Congressman to confront the dark impulses unleashed by Donald Trump. At turns, a moving story of a father coping with his pain and a revealing examination of holding President Trump accountable for the violence he fomented, this book is a vital reminder of the ongoing struggle for the soul of American democracy and the perseverance that our Constitution demands from us all.

Congressman JAMIE RASKIN has proudly represented Maryland’s 8th Congressional District in the U.S. House of Representatives since 2017. Prior to his time in Congress, Raskin was a three-term State Senator in Maryland and the Senate Majority Whip. He was also a professor of constitutional law at American University’s Washington College of Law for more than 25 years. He has authored several books, including the Washington Post bestseller Overruling Democracy: The Supreme Court versus the American People and the highly acclaimed We the Students: Supreme Court Cases For and About America’s Students. Congressman Raskin is a graduate of Harvard College and Harvard Law School and a former Editor of the Harvard Law Review. He and his wife Sarah live in Takoma Park.

PAUL AUSTER is the bestselling author of 4 3 2 1, Winter Journal, Sunset Park, Invisible, The Book of Illusions, and The New York Trilogy, among many other works. He has been awarded the Prince of Asturias Award for Literature, the Prix Médicis étranger, an Independent Spirit Award, and the Premio Napoli. He is a member of the American Academy of Arts and Letters, the American Academy of Arts and Sciences, and is a Commandeur de l’Ordre des Arts et des Lettres. His work has been translated into more than forty languages. He lives in Brooklyn, New York.