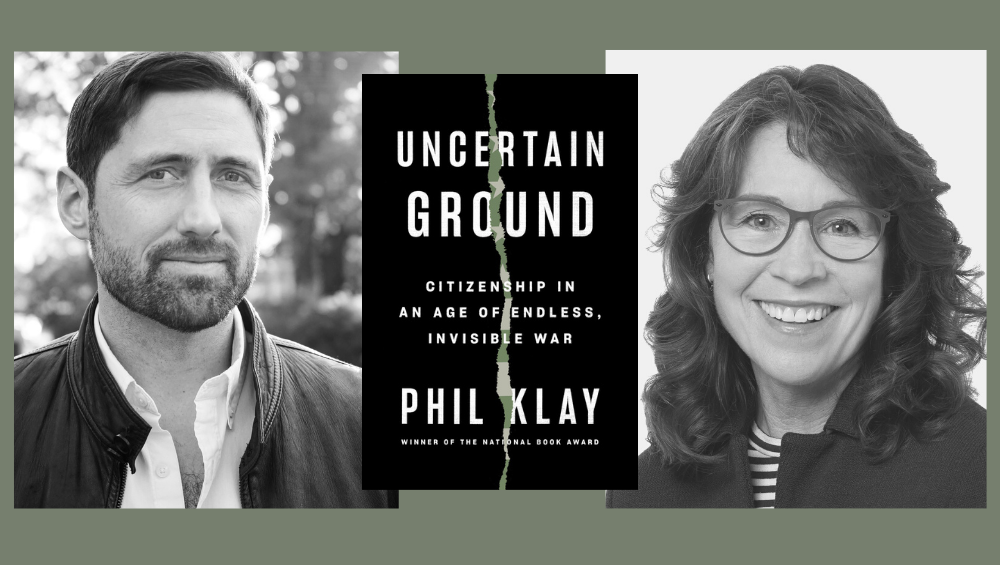 Uncertain Ground: Citizenship in an Age of Endless, Invisible War 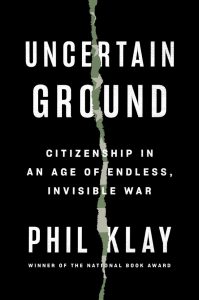 From the author of Redeployment and Missionaries, an astonishing fever graph of the effects of twenty years of war in a brutally divided America

When Phil Klay left the Marines a decade ago after serving as an officer in Iraq, he found himself a part of the community of veterans who have no choice but to grapple with the meaning of their wartime experiences—for themselves and for the country. American identity has always been bound up in war—from the revolutionary war of our founding, to the civil war that ended slavery, to the two world wars that launched America as a superpower. What did the current wars say about who we are as a country, and how should we respond as citizens?

Unlike in previous eras of war, relatively few Americans have had to do any real grappling with the endless, invisible conflicts of the post-9/11 world; in fact, increasingly few people are even aware they are still going on. It is as if these wars are a dark star with a strong gravitational force that draws a relatively small number of soldiers and their families into its orbit while remaining inconspicuous to most other Americans. In the meantime, the consequences of American military action abroad may be out of sight and out of mind, but they are very real indeed.

This chasm between the military and the civilian in American life, and the moral blind spot it has created, is one of the great themes of Uncertain Ground, Phil Klay’s powerful series of reckonings with some of our country’s thorniest concerns, written in essay form over the past ten years. In the name of what do we ask young Americans to kill, and to die? In the name of what does this country hang together? As we see at every turn in these pages, those two questions have a great deal to do with each another, and how we answer them will go a long way toward deciding where our troubled country goes from here.

Phil Klay is a veteran of the US Marine Corps and the author of Redeployment, which won the 2014 National Book Award for Fiction, and Missionaries, which was named one of the Ten Best Books of 2020 by The Wall Street Journal. His writing has appeared in The New York Times, The Washington Post, The Wall Street Journal, The Atlantic, and elsewhere. He currently teaches fiction at Fairfield University and is a board member for Arts in the Armed Forces.

Kori Schake is a senior fellow and the director of foreign and defense policy studies at the American Enterprise Institute (AEI). Before joining AEI, Dr. Schake was the deputy director-general of the International Institute for Strategic Studies in London. She has had a distinguished career in government, working at the US State Department, the US Department of Defense, and the National Security Council at the White House. She has also taught at Stanford, West Point, Johns Hopkins University’s School of Advanced International Studies, National Defense University, and the University of Maryland.