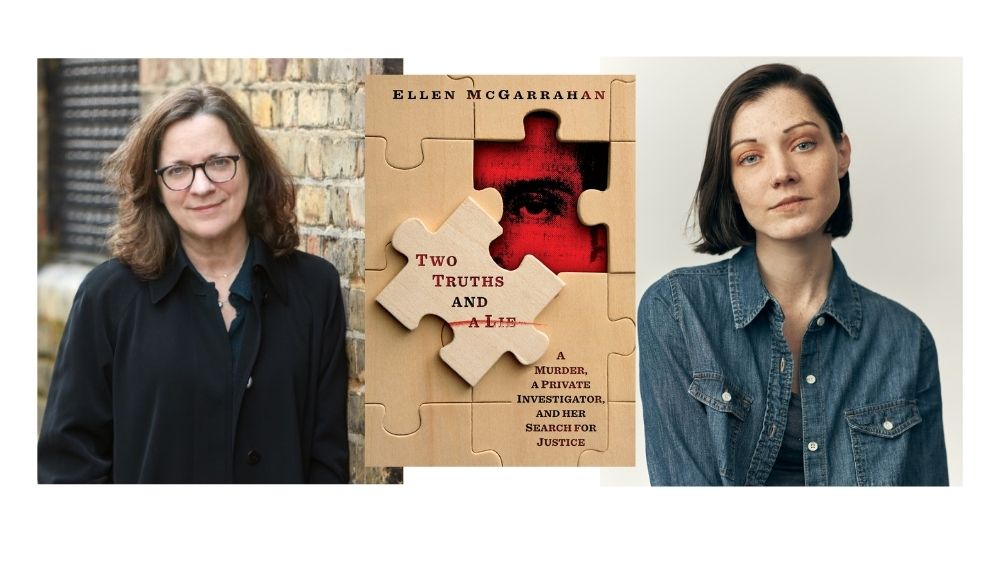 Two Truths and a Lie: A Virtual Event with Ellen McGarrahan and Sarah Gerard

A Virtual Event with Ellen McGarrahan

In conversation with Sarah Gerard

Two Truths and a Lie: A Murder, a Private Investigator, and Her Search for Justice

In this “spellbinding memoir” (The Washington Post), a private investigator revisits the case that has haunted her for decades and sets out on a deeply personal quest to sort truth from lies.

In 1990, Ellen McGarrahan was a young reporter for the Miami Herald when she covered the execution of Jesse Tafero, a man convicted of murdering two police officers. When it later emerged that Tafero may have been innocent, McGarrahan was appalled by her unquestioning acceptance of the state’s version of events. The revelation propelled her into a new career as a private investigator.

Decades later, McGarrahan finally decides to find out the truth of what really happened in Florida. Her investigation plunges her back into the Miami of the 1960s and 1970s, a dangerous world of nightclubs, speed boats, and cartels, all awash in violence. She combs through stacks of court files and interviews everyone involved in the case. But even as McGarrahan circles closer to the truth, the story of guilt and innocence becomes more complex, and she gradually discovers that she hasn’t been alone in her need for closure. Because whenever a human life is forcibly taken—by bullet, or by electric chair—the reckoning is long and difficult for all.

A fascinating glimpse into the mind of a private investigator, Two Truths and a Lie is ultimately a deeply personal exploration of one woman’s quest to find answers in a chaotic world. 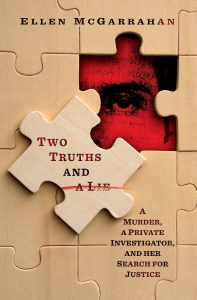 Ellen McGarrahan earned a degree in history from Yale and worked for a decade as an investigative reporter at newspapers in New York City, Miami, and San Francisco before accidentally finding her calling as a private detective. Two Truths and a Lie is her first book.

Sarah Gerard’s essay collection Sunshine State (Harper Perennial, 2017) was a New York Times Editors’ Choice, a finalist for the Southern Book Prize, and was longlisted for the PEN/Diamonstein-Spielvogel Award for the Art of the Essay. Her novel Binary Star (Two Dollar Radio, 2015) was a finalist for the Los Angeles Times Art Seidenbaum Award for First Fiction, and was a best-book-of-the-year at NPR, Vanity Fair, and Buzzfeed. Her novel True Love (Harper) was a Best Book of 2020 at Glamour and Bustle, and winner of an Audiofile Earphones Award. Shondaland called it, “appalling and hilarious… surprisingly poignant. It’s an extremely resonant social satire.”

Her short stories, essays, and interviews have appeared in The New York Times, T Magazine, Granta, The Baffler, The Believer, Vice, Electric Literature, and the anthologies We Can’t Help It If We’re From Florida (Burrow Press, 2017), One Small Blow Against Encroaching Totalitarianism (McSweeney’s, 2018), and Tampa Bay Noir (Akashic Books, 2020).