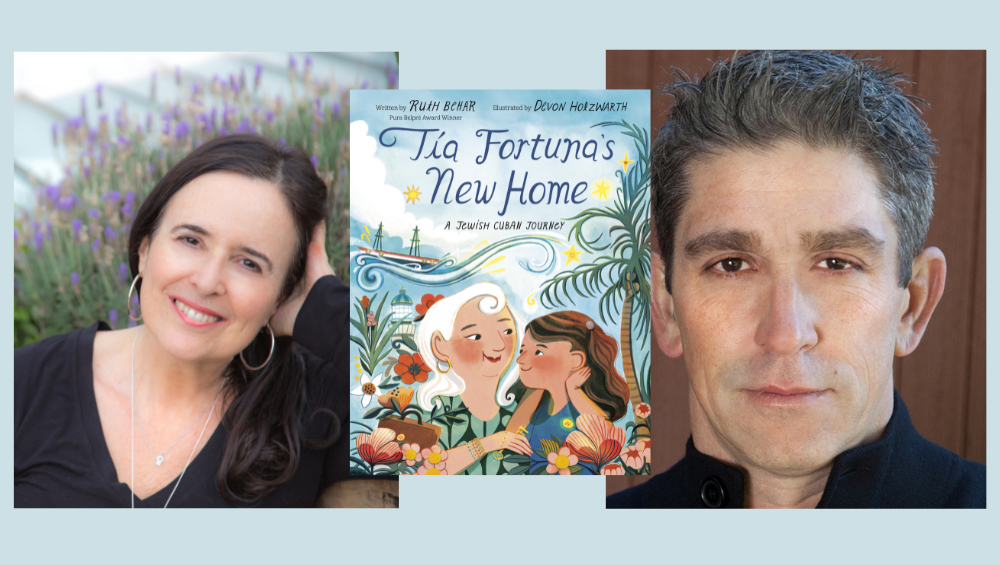 An Evening with Ruth Behar and Richard Blanco 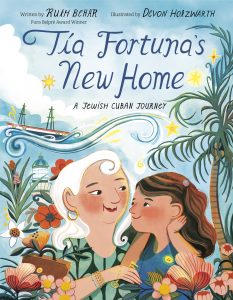 A poignant multicultural ode to family and what it means to create a home as one girl helps her Tía move away from her beloved Miami apartment.

When Estrella’s Tía Fortuna has to say goodbye to her longtime Miami apartment building, The Seaway, to move to an assisted living community, Estrella spends the day with her. Tía explains the significance of her most important possessions from both her Cuban and Jewish culture, as they learn to say goodbye together and explore a new beginning for Tía.

A lyrical book about tradition, culture, and togetherness, Tía Fortuna’s New Homeexplores Tía and Estrella’s Sephardic Jewish and Cuban heritage. Through Tía’s journey, Estrella will learn that as long as you have your family, home is truly where the heart is.

RUTH BEHAR was born in Havana, Cuba and grew up in New York. As a cultural anthropologist, she has written about her journeys in her books, An Island Called Home: Returning to Jewish Cuba and Traveling Heavy: A Memoir in Between Journeys. As a bilingual poet, she is the author of Everything I Kept/Todo lo que guardé. As an author of books for young people, Behar won the Pura Belpré Author Medal for her debut middle grade novel, Lucky Broken Girl, and her second novel, Letters from Cuba, is a Sydney Taylor Notable Book and received an International Latino Book Award. Behar’s latest work is a debut picture book, Tía Fortuna’s New Home, published simultaneously in Spanish as El nuevo hogar de Tía Fortuna, a Cuban Sephardic story about intergenerational memory set in Miami. Behar is the recipient of a MacArthur “Genius” Grant and a Guggenheim Fellowship, and was named a “Great Immigrant” by the Carnegie Corporation. She is a member of the American Academy of Arts & Sciences and is a Distinguished University Professor of Anthropology at the University of Michigan, Ann Arbor.

RICHARD BLANCO: Selected by President Obama as the fifth Presidential Inaugural Poet in U.S. history, Richard Blanco was the youngest, the first Latinx, immigrant, and gay person to serve in such a role. Born in Madrid to Cuban exile parents and raised in Miami, cultural identity characterizes his many collections of award-winning poetry, including his most recent, HOW TO LOVE A COUNTRY, and his memoir THE PRINCE OF LOS COCUYOS: A MIAMI CHILDHOOD.  Blanco is a Woodrow Wilson Fellow, has received numerous honorary doctorates, serves as Education Ambassador for The Academy of American Poets, and is an Associate Professor at FIU.