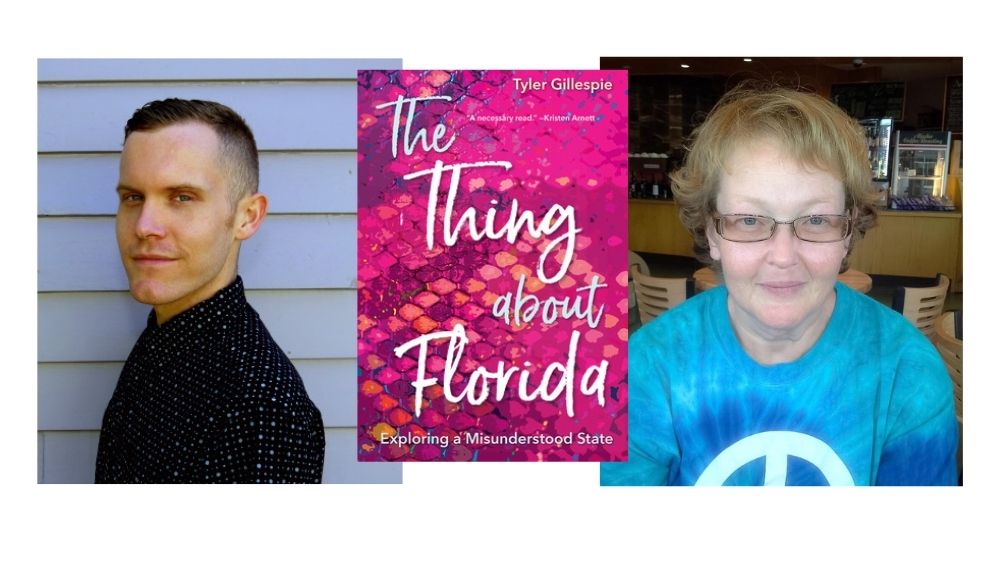 The Thing about Florida: An Evening with Tyler Gillespie and Jan Becker

An Evening with Tyler Gillespie

In conversation with Jan Becker

The Thing about Florida: Exploring a Misunderstood State

A journey beyond fears and stereotypes.

The memes. “Because Florida” jokes. “Florida Man” stories. Tyler Gillespie was once embarrassed to call Florida home, concocting fantasies he’d been born somewhere else. In The Thing about Florida, Gillespie faces his Florida denial and takes readers on an exuberant search for the state behind the caricatures, cutting through the media storm with curiosity and humor.

With perspective and empathy derived from his background as a gay man raised Southern Baptist, Gillespie shows how important it is to understand the diversity and complexity of Florida today. “It’s dangerous to meet our fears with fear,” he says as he confronts his own as well as the state’s monsters–invasive species, hurricanes, environmental destruction. He reminds us that Florida’s people and problems are vital parts of the nation’s future.

A fresh and engaging voice, Gillespie captivates with a snappy pace, sly wit, and crisp observations. As he weaves his childhood memories and personal experiences alongside the stories of the individuals he encounters, Gillespie reconciles with his home state. He finds Florida’s humanity, a beautiful mix of hopes, dreams, and second chances. 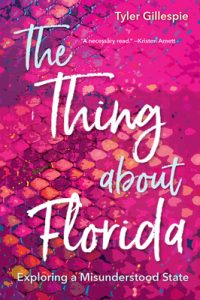 Tyler Gillespie, a fifth-generation Floridian, is a poet and award-winning journalist. He has written for GQ, the Guardian, the Nation, VICE, and Salon. He is the author of Florida Man: Poems and coeditor of The Awkward Phase: The Uplifting Tales of Those Weird Kids You Went to School With.

Jan Becker has an MFA in Creative Writing from Florida International University where she teaches creative writing and literature. She is on the regular faculty at Reading Queer Academy, where she teaches a Boot Camp for Queer Writers. Her work has appeared in Jai-Alai Magazine, Colorado Review, Emerge, Brevity Poetry Review, Sliver of Stone, and the Florida Book Review, among other places. She was winner of the 2015 AWP Intro Journals Award in Nonfiction. Her first book, The Sunshine Chronicles was published by Jitney Books.