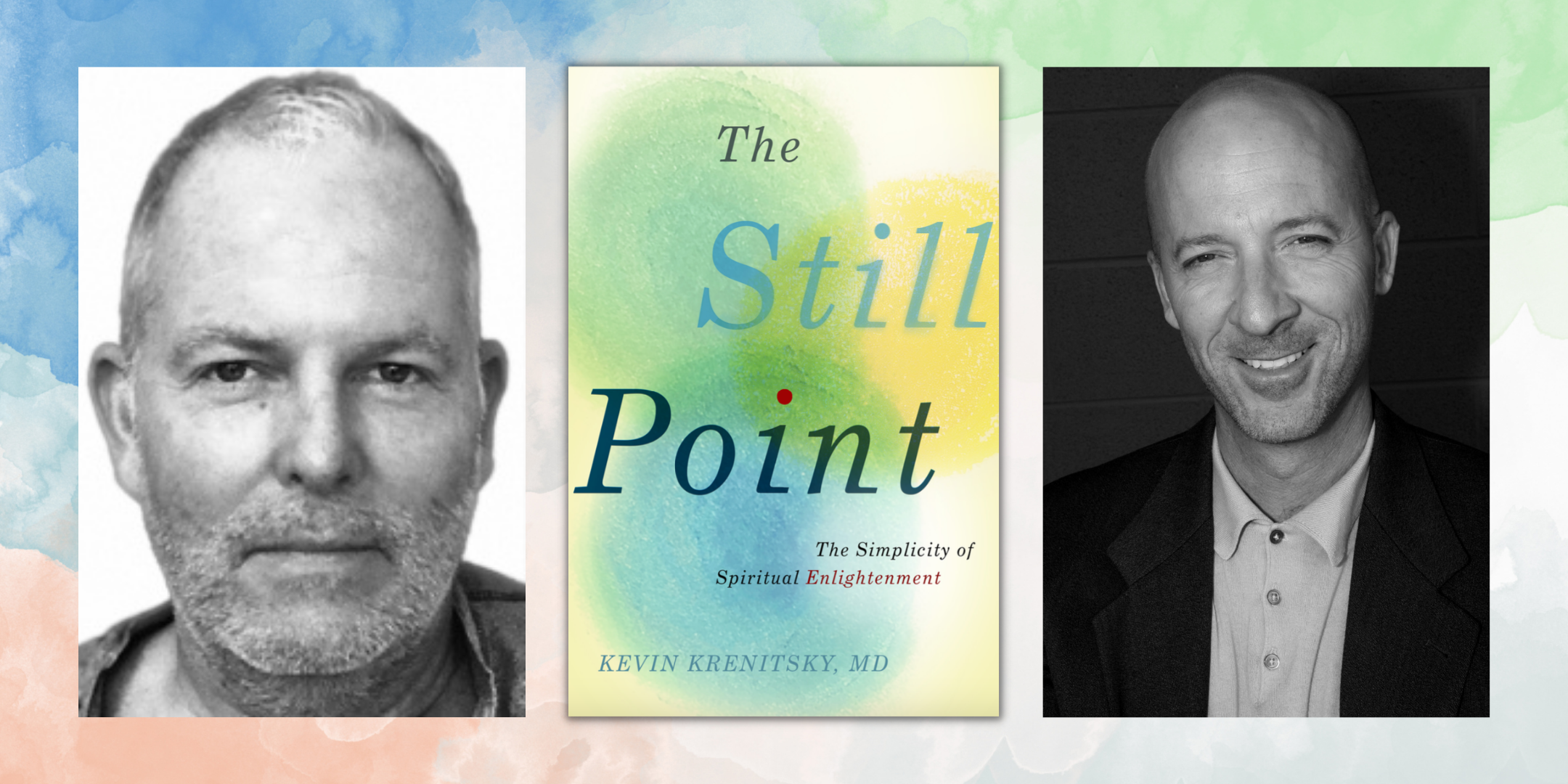 The Still Point: A Virtual Afternoon with Kevin Krenitsky and Paul Samuel Dolman

The Still Point: The Simplicity of Spiritual Enlightenment

Many people live lives riddled with outright anxiety and fear. Instead of happiness and ease being the normal state of existence, most experience happiness as only brief moments of joy, when some desire has been temporarily fulfilled. But it does not have to be this way; happiness can be recognized as our natural state of being.

According to author Kevin Krenitsky, a medical doctor and modern-day philosopher, we are in the midst of the biggest wave of awakening or self-realization this planet has ever seen. Our unconscious living has not only created stress, anxiety, wars, and famine; our choices have brought us to the edge of mass destruction. The earth has suffered greatly from our collective human unconsciousness.

In The Still Point, Krenitsky shows us a better way. He shows us how to discover and live our lives in alignment with our true self. More than just a mental concept, the Still Point is a felt experience of recognizing our own self-aware being. When the Still Point becomes obscured by giving exclusive focus to the noise of the outside world, we lose our feelings of peace and happiness.

Engaging and thought provoking, The Still Point takes readers on a journey of self-discovery, ultimately leading to the recognition that our self-aware nature is happiness and peace itself.

In 2015, I began the process of withdrawing from the constant focus on the external experience of working to obtain more… more money, status, etc..  After my position as Chief Commercial Officer at Foundation Medicine (FMI) successfully ended, I continued to work as the President of a small biotech company for a year and a half, but the pull to go “inward’ became too great. In 2017, we sold our home and moved down to southwest Florida where we arranged our life around a full time pursuit of spirituality. At first, this was a continuation of the deeper principles of A Course in Miracles, but I quickly hit a roadblock there as well. That prompted another great “willingness” and this willingness led me to discover the direct path to the recognition of our true nature.

At that time, I was going through an extremely difficult withdrawal from decades of taking anti-anxiety medication and one day while sitting in meditation, and in the midst of seemingly overwhelming anxiety, the mind completely stopped, dissolving into its source.  In that timeless instant, all concepts were resolved. This was not an experience but rather the absence of all experience leaving only pure being. In this instant, all labels such as holy spirit, consciousness, presence, Tao, etc., were known and experienced as our eternal nature, which is happiness itself. Five years later, after considerable integration of this recognition, I wrote The Still Point to help others recognize the ever present reality of their true nature of peace and happiness.

PAUL SAMUEL DOLMAN founded the South Beach Entertainment Company in Nashville connecting major artists, writers, labels, and producers with quality material and helping to develop talent with great success.  The company branched out into publishing while expanding into the television and film marketsof Los Angeles and New York.

While spending a summer in Martha’s Vineyard, Paul was picked up hitchhiking by the famous comedian, television star and creator of Seinfeld, Larry David.  The two hit it off and had a series of magical encounters which Paul then turned into the bestselling book, ‘Hitchhiking With Larry David.’  The bookis currently under an option for a feature film.  Paul followed that with four other books including Martha’s Vineyard Miracles and Beverly Hills Hobo.

After an extensive, multi-year book tour, Paulsettled in Beverly Hills and began working in the film industry with stars such as Meg Ryan, Tom Hanks, Mickey Rourke, and Matthew Modine as well as talent agencies and directors putting together projects and packages.