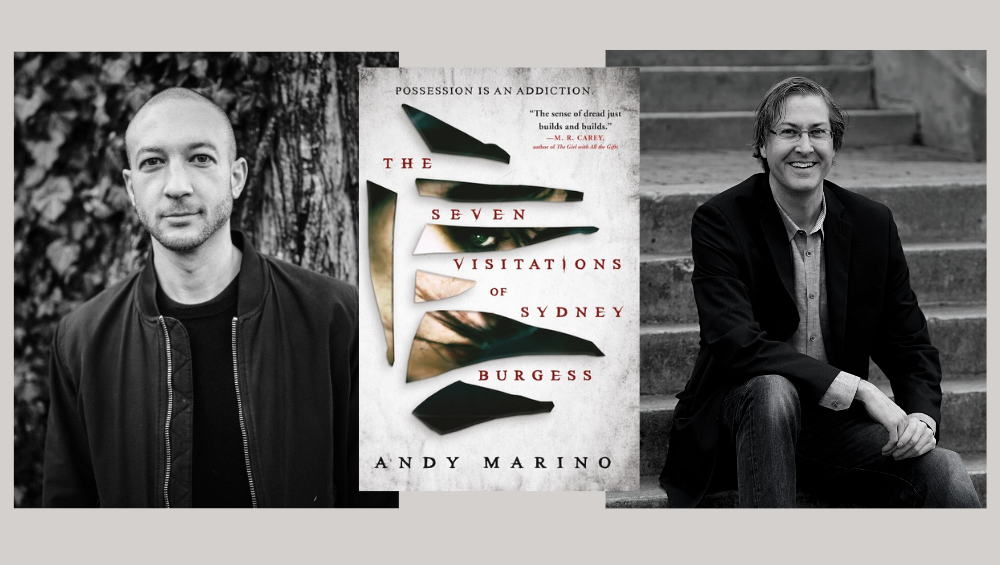 The Seven Visitations of Sydney Burgess: A Virtual Evening with Andy Marino and Craig DiLouie

An Evening with Andy Marino

In Conversation with Craig DiLouie

The Seven Visitations of Sydney Burgess 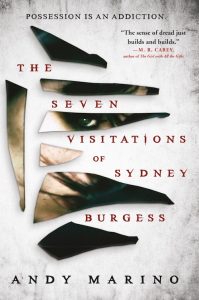 Possession is an addiction.

Sydney’s spent years burying her past and building a better life for herself and her young son. A respectable marketing job, a house with reclaimed and sustainable furniture, and a boyfriend who loves her son and accepts her, flaws and all.

But when she opens her front door, and a masked intruder knocks her briefly unconscious, everything begins to unravel.

She wakes in the hospital and tells a harrowing story of escape. Of dashing out a broken window. Of running into her neighbors’ yard and calling the police.

The cops tell her a different story. Because the intruder is now lying dead in her guest room—murdered in a way that looks intimately personal.

Sydney can’t remember killing the man. No one believes her.

Back home, as horrific memories surface, an unnatural darkness begins whispering in her ear. Urging her back to old addictions and a past she’s buried to build a better life for herself and her son.

As Sydney searches for truth among the wreckage of a past that won’t stay buried for long, the unquiet darkness begins to grow. To change into something unimaginable.

To reveal terrible cravings of its own.

Andy Marino was born in upstate New York, spent half his life in New York City, and now lives in the Hudson Valley. He works as a freelance writer. This is his first horror novel.

Craig DiLouie is an acclaimed American-Canadian author of literary dark fantasy and other fiction. Formerly a magazine editor and advertising executive, he also works as a journalist and educator covering the North American lighting industry. Craig is a member of the Imaginative Fiction Writers Association, International Thriller Writers and Horror Writers Association. He currently lives in Calgary, Canada with his two wonderful children.