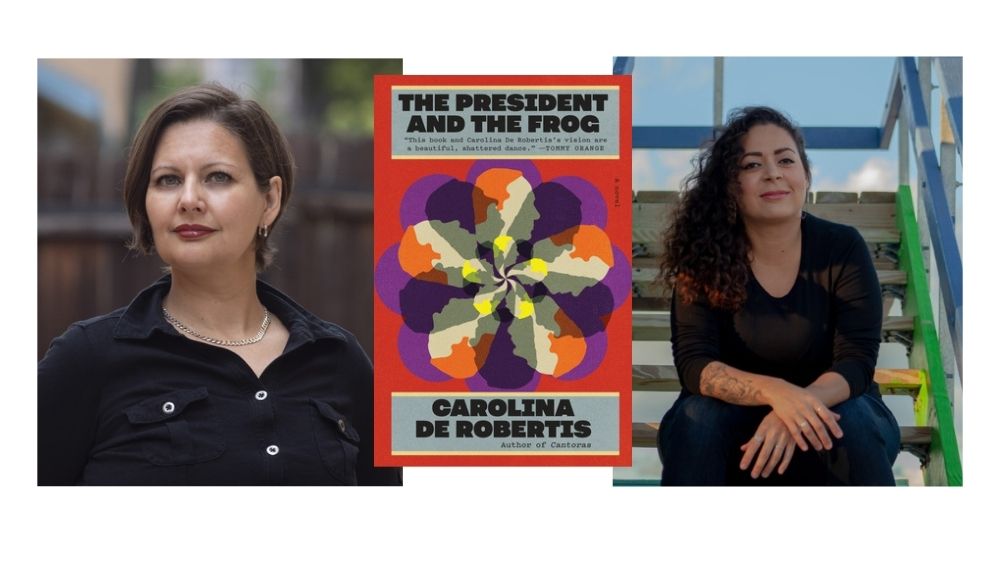 The President and the Frog: An Evening with Carolina de Robertis and Jaquira Díaz

An Evening with Carolina de Robertis

In conversation with Jaquira Díaz

The President and the Frog

An incandescent novel–political, mystical, timely, and heartening–about the power of memory, and the pursuit of justice, from the acclaimed author of Cantoras.

“A joy to read. Playful and profound, unearthly yet deeply rooted, this sublime and gripping novel is above all about hope: that within the world’s messy pain there is still room for transformation and healing.”–Madeline Miller, New York Times bestselling author of Circe

At his modest home on the edge of town, the former president of an unnamed Latin American country receives a journalist in his famed gardens to discuss his legacy and the dire circumstances that threaten democracy around the globe. Once known as the Poorest President in the World, his reputation is the stuff of myth: a former guerilla who was jailed for inciting revolution before becoming the face of justice, human rights, and selflessness for his nation. Now, as he talks to the journalist, he wonders if he should reveal the strange secret of his imprisonment: while held in brutal solitary confinement, he survived, in part, by discussing revolution, the quest for dignity, and what it means to love a country, with the only creature who ever spoke back–a loud-mouth frog.

As engrossing as it is innovative, vivid, moving, and full of wit and humor, The President and the Frog explores the resilience of the human spirit and what is possible when danger looms. Ferrying us between a grim jail cell and the president’s lush gardens, the tale reaches beyond all borders and invites us to reimagine what it means to lead, to dare, and to dream. 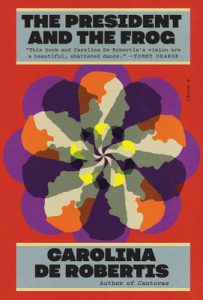 CAROLINA DE ROBERTIS is the author of five novels, including Cantoras, winner of a Stonewall Book Award and a Reading Women Award, and a finalist for the Kirkus Prize and a Lambda Literary Award; it was also selected as a New York Times Editors’ Choice. Her work has been translated into seventeen languages and she has received a National Endowment for the Arts Fellowship, Italy’s Rhegium Julii Prize, and numerous other honors. An author of Uruguayan origins, she teaches at San Francisco State University, and lives in Oakland, California, with her wife and two children.

Jaquira Díaz was born in Puerto Rico and raised in Miami. She is the author of Ordinary Girls: A Memoir, winner of a Whiting Award, a Florida Book Awards Gold Medal, and a Lambda Literary Awards finalist. Ordinary Girls was an Indies Introduce Selection, a Barnes & Noble Discover Great New Writers Notable Selection, an Indie Next Pick, and a Library Reads pick. Díaz’s work has been published in The Guardian, Time Magazine, T: The New York Times Style Magazine, and The Best American Essays 2016, among other publications. She is the recipient of two Pushcart Prizes, an Elizabeth George Foundation grant, and fellowships from the MacDowell Colony, the Kenyon Review, and the Wisconsin Institute for Creative Writing. A former Visiting Assistant Professor at the University of Wisconsin-Madison’s MFA Program in Creative Writing, and Consulting Editor at the Kenyon Review, she splits her time between Montréal, Miami Beach, and the UK with her spouse, the writer Lars Horn. Her second book, I Am Deliberate: A Novel, is forthcoming from Algonquin Books.