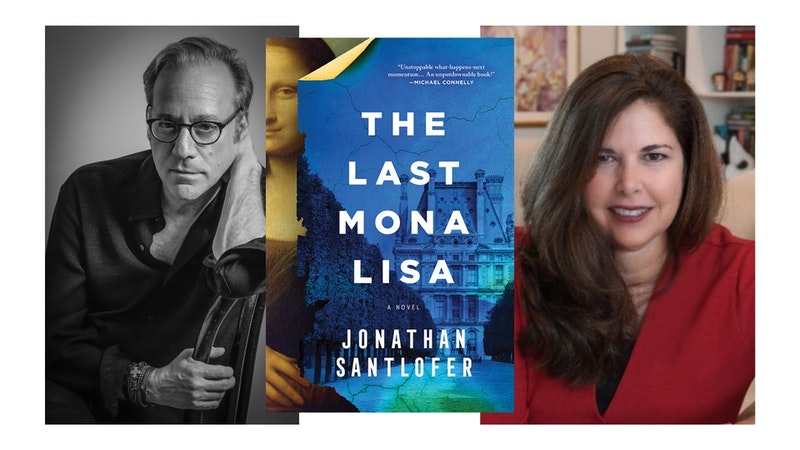 The Last Mona Lisa: An Afternoon with Jonathan Santlofer and Lisa Unger

An Afternoon with Jonathan Santlofer

In Conversation with Lisa Unger

Oh, what a web Jonathan Santlofer weaves…The Last Mona Lisa brings together past and present, seasons it with intriguing characters, and brushes it with plot twists that you don’t see coming to create an unstoppable what-happens-next momentum. Santlofer has outdone himself this time.–Michael Connelly, #1 New York Times bestselling author of the Harry Bosch and Mickey Haller series

August, 1911: The Mona Lisa is stolen by Vincent Peruggia. Exactly what happens in the two years before its recovery is a mystery. Many replicas of the Mona Lisa exist, and more than one historian has wondered if the painting now returned to the Louvre is a fake, switched in 1911.

Present day: Art professor Luke Perrone digs for the truth behind his most famous ancestor: Peruggia. His search attracts an Interpol detective with something to prove and an unfamiliar but curiously helpful woman. Soon, Luke tumbles deep into the world of art and forgery, a land of obsession and danger.

A gripping novel exploring the Mona Lisa’s very real theft in 1911 and the present underbelly of the art world, The Last Mona Lisa is a suspenseful tale, tapping into our universal fascination with da Vinci’s enigma, why people are driven to possess certain works of art, and our fascination with the authentic and the fake. 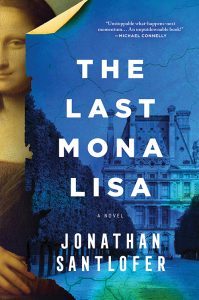 Jonathan Santlofer is an author and artist. He is the author of The Widower’s Notebook and The Death Artist, among others. He recently created and edited The New York Times “Notable Book,” It Occurs To Me that I Am America, a collection of original work by more than 50 of today’s best known authors and artists. He is editor/contributor of The New York Times bestselling serial novel Inherit the Dead, editor and contributor of LA NOIRE: The Collected Stories, and co-editor, contributor and illustrator of the short story anthology, The Dark End of the Street. His stories appear in numerous collections and have also appeared in such publications as Ellery Queen Magazine and the Strand Magazine.

Jonathan is the recipient of two National Endowment for the Arts grants, has been a Visiting Artist at the American Academy In Rome, the Vermont Studio Center, and serves on the board of Yaddo, one of the oldest arts communities in the U.S.

He lives in New York City where he writes and paints and is currently at work on a new novel.

Lisa Unger is the New York Times and internationally bestselling author of eighteen novels, including CONFESSIONS ON THE 7:45 (Oct. 2020). With millions of readers worldwide and books published in twenty-six languages, Unger is widely regarded as a master of suspense. Her critically acclaimed books have been voted “Best of the Year” or top picks by the Today show, Good Morning America, Entertainment Weekly, Amazon, IndieBound and others. Her essays have appeared in The New York Times, Wall Street Journal, NPR, and Travel+Leisure. She lives on the west coast of Florida with her family.