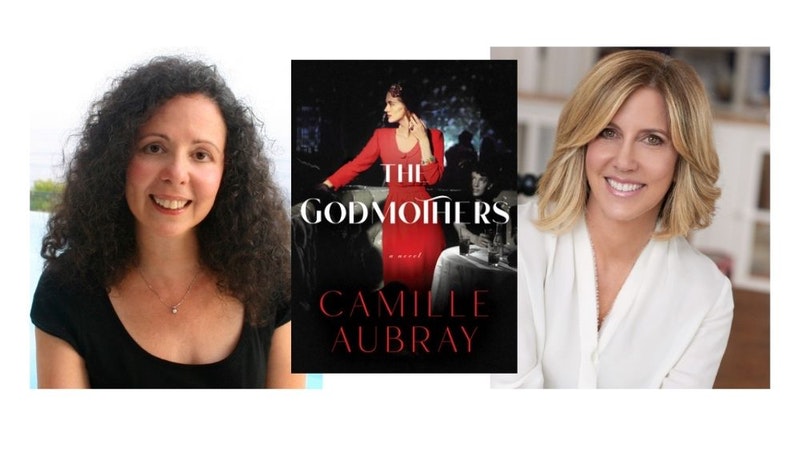 The Godmothers: An Evening with Camille Aubray and Alisyn Camerota

An Evening with Camille Aubray

In conversation with Alisyn Camerota

Books & Books and The Miami Book Fair present a virtual event with Camille Aubray in conversation with Alisyn Camerota.

Pitched as “Elena Ferrante meets Big Little Lies”, THE GODMOTHERS is an irresistible, suspenseful novel about four remarkable women from very different backgrounds who are united by marriage in an elegant, prosperous Italian family, and then must take charge of the family’s business when their husbands are forced to leave them during World War II. Each woman has a secret from her past that threatens her plans for the future. But when Petrina, the Barnard graduate, and Filomena, who fled war-torn Italy, and Lucy, an Irish nurse, and Amie, a fragile French girl become godmothers to one another’s children, they must put aside their differences to protect their family from the likes of Lucky Luciano and Albert Anastasia. With both fictional and real-life characters, THE GODMOTHERS is a joyfully evocative story following one family through the 1930s, 40s and 50s. This novel has garnered high praise from top reviewers, including:

“A group of deeply complex and beautifully written women . . . Aubray marries history, suspense and womanhood in a story perfect for devouring.” —Newsweek’s “Enticing Books To Take Along This Summer”

“A saga reminiscent of Mario Puzo and Francis Ford Coppola. Unlike them, though, Aubray focuses on the challenges particular to women . . . A fast-paced, drama-filled portrait of a family dynasty.” —Kirkus Reviews

“This is historical fiction at its best, bringing along thrilling scenes, passionate love affairs and a bounty of secrets.” —Booklist

“Why do we love Camille Aubray’s The Godmothers? This feminist mafia tale set in World War II-era Greenwich Village follows four women who married into an opulent Italian family and who must take over the business when their husbands are called to serve.”—Parade choice for “Books We Love” and “Books We Can’t Wait to Take on Vacation”

“A fascinating, fast-paced trip into the Mob underworld.”–People Picks the Best New Books 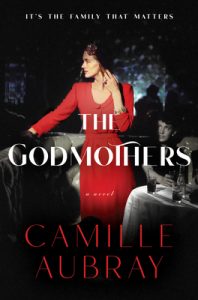 Camille Aubray’s novels, The Godmothers and Cooking for Picasso were both a People Magazine’s Pick for the Best New Books. The Godmothers was also chosen for the Best Books of Summer by Newsweek, Buzzfeed, Parade, and Veranda. Cooking for Picasso is an Amazon and an Indiebound bestseller and made the Indie Next Reading Groups List. Camille Aubray is an Edward Albee Foundation Fellowship winner and was a writer-in-residence at the Karolyi Foundation in the South of France. She studied writing with her mentor Margaret Atwood at Humber College in Toronto, and was a finalist for the Pushcart Press Editors’ Book Award and the Eugene O’Neill National Playwrights Conference. Visit her at her website for more information for book clubs, and to find recipes and pictures of the places that inspired the author: camilleaubray.com

After joining CNN in 2014, Camerota spent more than six years as co-anchor of CNN’s New Day and was at the forefront of the most pressing news events, including the Covid-19 pandemic and the 2020 election and Trump presidency. Camerota has also anchored several primetime specials for CNN.

Camerota is on the national advisory council of The News Literacy Project, which works to teach kids how to spot misinformation and fake news, and is also an Advisory Member of Press Forward, working to combat sexual harassment in newsrooms.