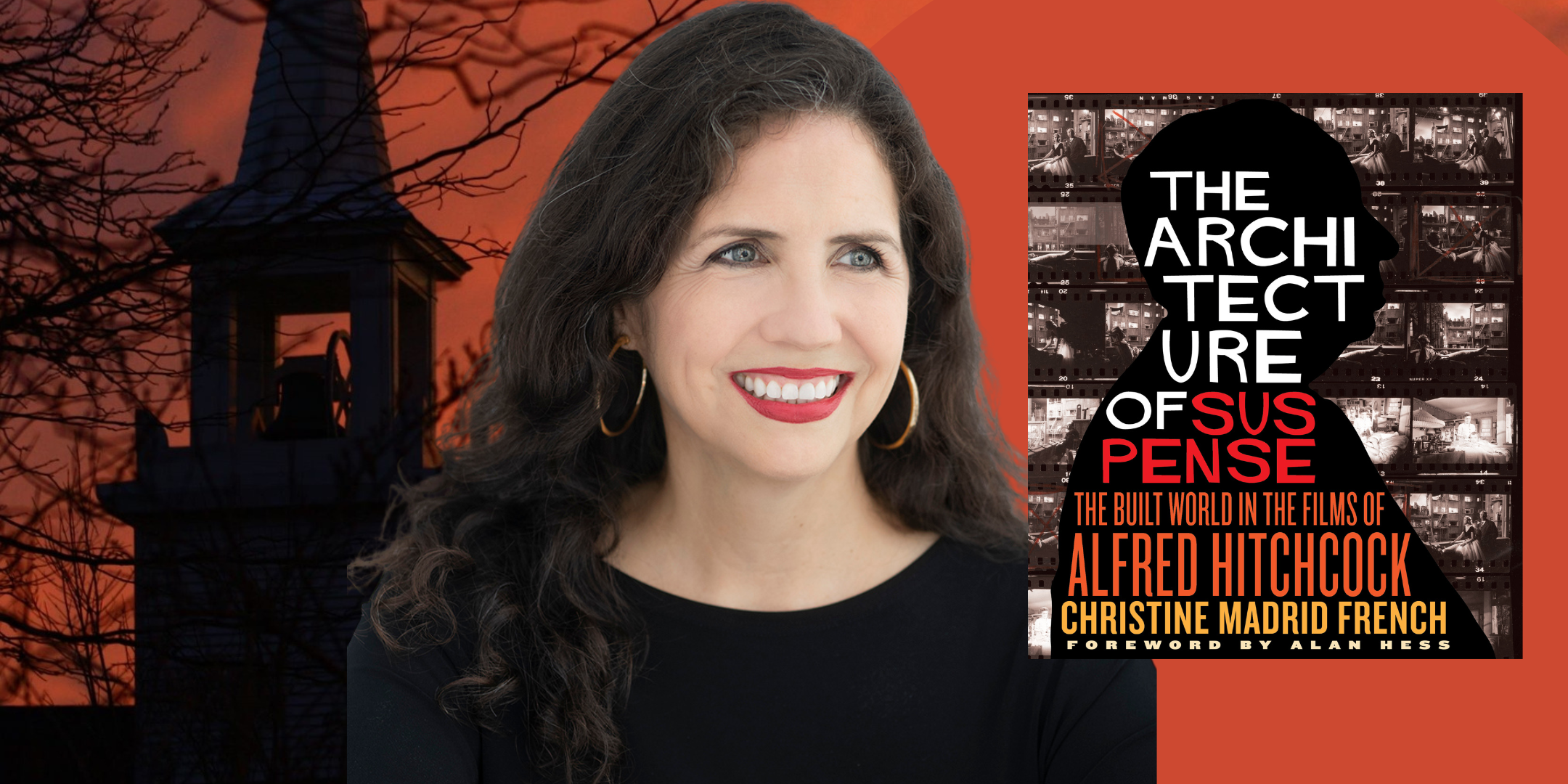 The Architecture of Suspense: A Virtual Lunch with Christine Madrid French

The Architecture of Suspense: The Built World in the Films of Alfred Hitchcock

LIVE via Crowdcast from an actual haunted mansion in San Francisco! 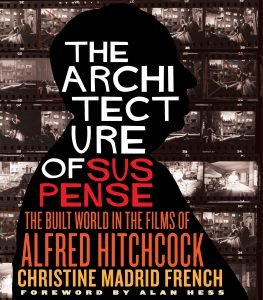 The inimitable, haunting films of Alfred Hitchcock took place in settings, both exterior and interior, that deeply impacted our experiences of his most unforgettable works. From the enclosed spaces of Rope and Rear Window to the wide-open expanses of North by Northwest, the physical worlds inhabited by desperate characters are a crucial element in our perception of the Hitchcockian universe. As Christine Madrid French reveals in this original and indispensable book, Hitchcock’s relation to the built world was informed by an intense engagement with location and architectural form—in an era marked by modernism’s advance—fueled by some of the most creative midcentury designers in film.

Hitchcock saw elements of the built world not just as scenic devices but as interactive areas to frame narrative exchanges. In his films, building forms also serve a sentient purpose—to capture and convey feelings, sensations, and moments that generate an emotive response from the viewer. Visualizing the contemporary built landscape allowed the director to illuminate Americans’ everyday experiences as well as their own uncertain relationship with their environment and with each other.

French shares several untold stories, such as the real-life suicide outside the Hotel Empire in Vertigo (which foreshadowed uncannily that film’s tragic finale), and takes us to the actual buildings that served as the inspiration for Psycho’s infamous Bates Motel. Her analysis of North by Northwest uncovers the Frank Lloyd Wright underpinnings for Robert Boyle’s design of the modernist house from the film’s celebrated Mount Rushmore sequence and ingeniously establishes the Vandamm House as the prototype of the cinematic trope of the villain’s lair. She also shows how the widespread unemployment of the 1930s resulted in a surge of gifted architects transplanting their careers into the film industry. These practitioners created sets that drew from contemporary design schools of thought and referenced real structures, both modern and historic. The Architecture of Suspense is the first book to document how these great architectural minds found expression in Hitchcock’s films and how the director used their talents and his own unique vision to create an enduring and evocative cinematic world.

Publication of this volume was assisted by a grant from Furthermore: a program of the J. M. Kaplan Fund

Christine Madrid French, a native of Los Angeles, is a historian, author, and screenwriter specializing in architecture, Hollywood, and film.