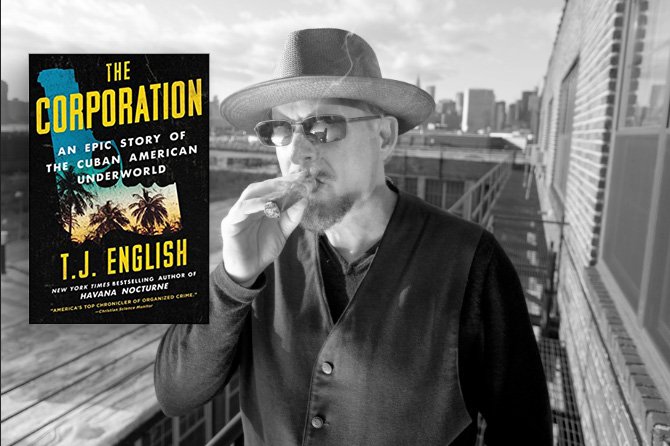 A fascinating, cinematic, multigenerational history of the Cuban mob in the US from “America’s top chronicler of organized crime”* and New York Times bestselling author of Havana Nocturne.

By the mid 1980s, the criminal underworld in the United States had become an ethnic polyglot; one of the most powerful illicit organizations was none other than the Cuban mob. Known on both sides of the law as “the Corporation,” the Cuban mob’s power stemmed from a criminal culture embedded in south Florida’s exile community—those who had been chased from the island by Castro’s revolution and planned to overthrow the Marxist dictator and reclaim their nation.

An epic story of gangsters, drugs, violence, sex, and murder rooted in the streets, The Corporationreveals how an entire generation of political exiles, refugees, racketeers, corrupt cops, hitmen, and their wives and girlfriends became caught up in an American saga of desperation and empire building. T. J. English interweaves the voices of insiders speaking openly for the first time with a trove of investigative material he has gathered over many decades to tell the story of this successful criminal enterprise, setting it against the larger backdrop of revolution, exile, and ethnicity that makes it one of the great American gangster stories that has been overlooked—until now.

Drawing on the detailed reporting and impressive volume of evidence that drive his bestselling works, English offers a riveting, in-depth look at this powerful and sordid crime organization and its hold in the US.

T. J. English is a noted journalist, a screenwriter, and the author of the New York Times bestsellers Havana Nocturne, Paddy Whacked, and The Savage City, as well as of The Westies, a national bestseller, and Born to Kill, which was nominated for an Edgar Award. He has written for Vanity Fair, Playboy, and Esquire, among other publications. His screenwriting credits include episodes of the television crime dramas NYPD Blue and Homicide, for which he was awarded the Humanitas Prize. He lives in New York City. BUT THE BOOK HERE