We cordially invite you to the next Authors Showcase Series of the South Florida Writers Association in collaboration with Books & Books @ Suniland in Pinecrest, featuring authors Brenda Roman and Louis K Lowy.

In this compelling novel, chemist Daniel Thomas tries to prove that his wife and unborn child were murdered. He makes it his mission in life to seek revenge. Meanwhile, deadly lint particles are unleashed in Miami, victims are dropping like flies, and he is the prime suspect.

Homicide Detective Steve McDonald has been confined to administrative duties for publicly embarrassing the department following the death of a suspect in his custody. He is reassigned to active duty in time to help hunt down the “Lint Killer,” as the police try to save the lives of thousands of potential victims.

An international game of power, greed, and money is discovered as the investigation takes a new turn. 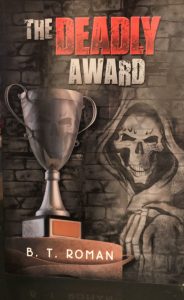 Eddie Coyne loves playing the horses. Loves it so much it’s ruining his relationship with his wife and six-year-old son. In a last ditch effort to prove he’s not a loser in their eyes, Eddie places a seemingly impossible bet on a long shot and hits pay dirt.

But before he can cash in and make amends with his family, he’s thrown down an escalator and left for dead by a greedy hoodlum looking to cash in on Eddie’s winnings. Dying, Eddie wakes up in the presence of the Jesses, a monolithic group of six whose job it is to decide who enters heaven and who enters hell. The Jesses tell Eddie he’s stuck in the middle—not good enough for heaven, not bad enough for hell. They entice him to go in on one final bet to break the dead heat.

If he triumphs, they stamp his ticket to paradise. If he loses, he spends eternity in the netherworld. The bet? Eddie must prevent someone chosen by the Jesses from taking their own life. Thinking it will be a piece of cake, Eddie agrees. He quickly learns the Jesses are more cunning than he’d imagined. 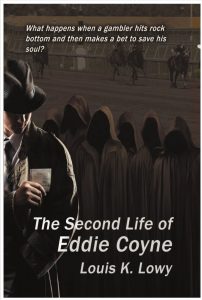 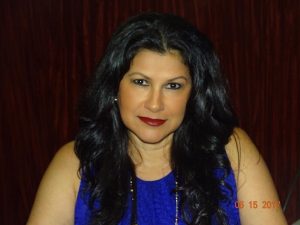 Born in Nicaragua, B.T. Roman is a legal assistant for a real estate law firm in Miami. She previously worked in the crime lab bureau of the Miami-Dade Police Department. This is her first book. Deadly Affiliations is the second book in this series, and a third is already in the works. 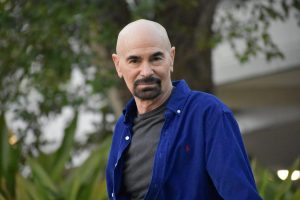 A former firefighter, Louis K Lowy is the author of three previous novels; Die Laughing, Pedal, and To Dream: Anatomy of a Humachine. He is the recipient of a State of Florida Individual Artist Fellowship and an alumnus of Florida International University’s creative writing program. He lives in South Florida with his wife, Carol, and their spoiled Yorkie, KC. Their son and daughter reside on the west coast.