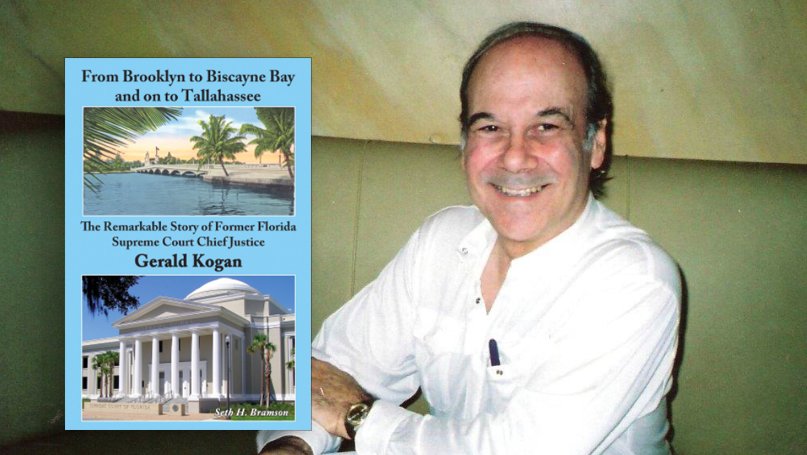 If one were to write a novel the real-life Kogan story (perhaps changing a name or two in the novel) would be, simply put, almost too unbelievable for that genre of literature.  Frankly, Judge and later Justice Gerald Kogan’s entire life does sound and does read like a novel.  However, the problem for the novelist is and would be that the Kogan story is NOT a novel:  it is a real and true not quite but close to a Horatio Alger story, akin to a “local boy makes good” tale.  In reality Jerry Kogan, in terms of his deeds, achievements and accomplishments is truly larger than life. 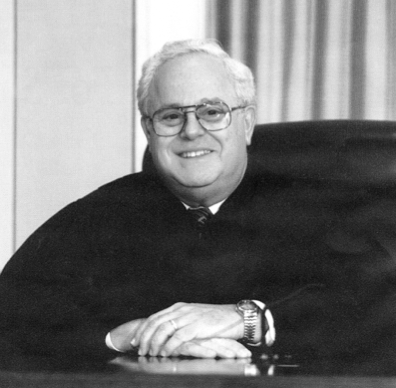 Gerald (Jerry) Kogan was born and raised in Brooklyn, New York. His life and his experiences took him through the greatest Depression in the country’s (and the world’s) history; the most horrific and violent war that the world has ever suffered through; the Cold War; the Korean War; the Vietnam War and more.

The story begins with his birth and first fourteen years in Brooklyn, spending time in both Boro Park with numerous relatives and at his parent’s home in the Gravesend section of the borough.  He grew up, once it became clear that America and its allies were going to win the war, living the happy life of a youngster and young teenager.  It was—at the time—almost idyllic.

There were summers at camp in the Catskill Mountains of New York State, and, for the most part, wonderfully happy times which included a great many friends in Gravesend, cousins, aunts and uncles in Boro Park, and, of course, the memories of the hot dogs and French fries at Nathan’s before or after going to Dreamland or Steeplechase Park at “Coney.”  It was home and there would, in Gerald Kogan’s young mind, never be another place to live or to grow up.

Suddenly, though, that life erupted into a traumatic uprooting:  his dad decided that the family was going to move to an island across Biscayne Bay from Miami, “the magic city.”  That island, of course, was Miami Beach, and with that move a new life was to begin.

Becoming active at Miami Beach High he served in student government, became a member of the school’s debate team and went on to win numerous tournament honors.  Completing “Beach High” he chose to remain close to home and upon acceptance at the University of Miami in Coral Gables began an academic career that would lead not only to a national intercollegiate debate championship for the school in 1953, but to his acceptance to the University of Miami’s growing in prestige law school.  However, before he completed his undergraduate and law school studies simultaneously he would meet the great love of his life and he and Irene have been married for 62 years.

Joining the U.S. Army after law school he would qualify for and graduate from the Army Intelligence School and become a special agent in the counter-intelligence corps.  Completing his service and following his honorable discharge, he would spend a short time in private practice before joining the Dade County State Attorney’s staff, eventually becoming chief of the Homicide and Capital Crimes Division.

A talented and gifted prosecutor he would try a number of high profile cases, several of which gained him national recognition.  Eventually, though, he would leave the State Attorney’s office to again go into private practice.

It was then, after a number of years of continuing to hone his legal skills, that he would be appointed to the bench by then-Florida governor and eventually U. S. Senator Bob Graham.  With the recognition of his superb ability in the trial court, and when the opportunity arose, another Florida governor, Bob Martinez, appointed him to the state’s Supreme Court.  After several years of highly lauded service he would be named Chief Justice of that esteemed court.

A dedicated family man, Gerald Kogan, following his retirement from the bench, has done anything but retire, but, rather, has become active in various charitable, public interest and community service organizations while maintaining his standing in the community as a man of justice, decency, honor and ethics.

This book, the biography of Chief Justice Gerald Kogan, though reading like a novel, is anything but.  It is the real and true and complete story of one of the finest judges or justices who has ever graced a Florida courtroom.  Hopefully, today’s law school students, currently active attorneys and all those serving on the bench will take this story to heart, learn from it and recognize that at no time should expediency or convenience take precedence over justice.  Gerald Kogan has spent a lifetime doing the right and honorable thing and nothing more acclamatory can ever be said about a lawyer or a judge.

A graduate of Cornell University’s famed School of Hotel Administration, he holds Masters Degrees from St. Thomas University and Florida International University (FIU), both in Miami.  In 2008 he was honored by FIU when he was presented with the Torch Award, that University’s highest alumni honor and in February of 2017 he was again honored at a special ceremony and presentation at the home of University President Mark Rosenberg.

The author of 30 books on South Florida local and Florida transportation history, he is America’s single most published Florida history book author.

Writing this book has been, for biographer Bramson, an extraordinary journey, if not an exciting adventure, for this is the first-ever biography of a Florida judge or Supreme Court Justice in the state’s history, and from first meeting a living legend (no, that is not an exaggeration) several years ago, then being asked to write this biography and being invited into his and Irene’s home, to getting together at least once a week to put the Justice’s words onto paper and learning of and about not only Gerald Kogan but his family, the entire experience has been nothing short of a blessing. 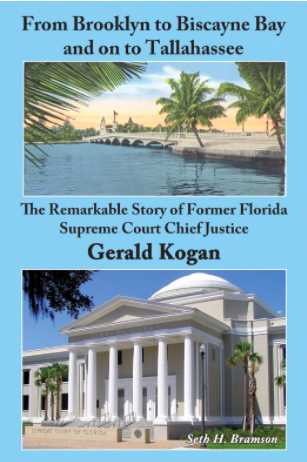