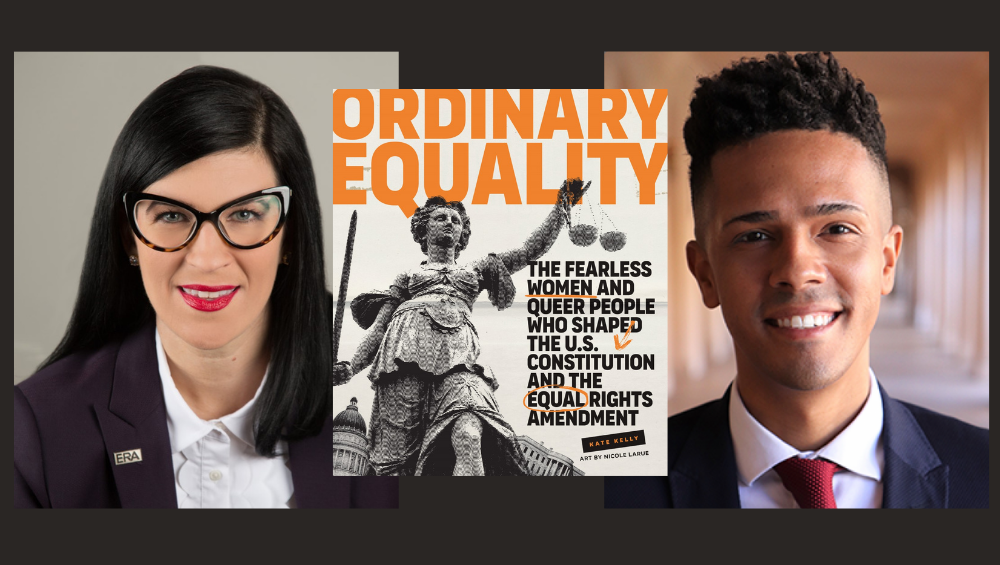 Ordinary Equality: The Fearless Women and Queer People Who Shaped the U.S. Constitution and the Equal Rights Amendment 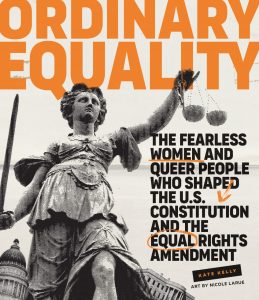 We are all living through modern constitutional history in the making, andOrdinary Equality helps teach about the past, present, and future of the Equal Rights Amendment (ERA) through the lives of the bold, fearless women and queer people who have helped shape the U.S. Constitution.

Ordinary Equality digs into the fascinating and little-known history of the ERA and the lives of the incredible–and often overlooked–women and queer people who have helped shape the U.S. Constitution for more than 200 years. Based on author Kate Kelly’s acclaimed podcast of the same name, Ordinary Equality recounts a story centuries in the making. From before the Constitution was even drafted to the modern day, she examines how and why constitutional equality for women and Americans of all marginalized genders has been systematically undermined for the past 100-plus years, and then calls us all to join the current movement to put it back on the table and get it across the finish line.

Kate Kelly provides a much-needed fresh perspective on the ERA for feminists of all ages, and this engaging, illustrated look at history, law, and activism is sure to inspire many to continue the fight.

KATE KELLY is a feminist, activist, and human rights lawyer. She holds a JD degree from American University Washington College of Law, the only law school in the country founded by and for women. She’s a nationally known advocate for the ratification of the Equal Rights Amendment and host and creator of the podcast Ordinary Equality. Kate lives in Washington, DC, with her partner, Jamie Manson. You can follow her on Twitter at @kate_kelly_esq. To learn more about the Equal Rights Amendment and for an up-to-date list of news and articles about its current progress, visit www.ordinaryequality.com.

BRANDON WOLF: A nationally-recognized advocate for LGBTQ issues and gun violence prevention, Brandon found his passion for social change following the shooting at Pulse Nightclub. He is a frequent contributor on state and national media outlets, having published opinion columns in USA Today, CNN digital and Orlando Weekly. He has brought awareness to the issues in HuffPost, Metro Weekly, and on television outlets such as MSNBC, CNN, and more. Brandon received the Voice for Equality Award at the 2018 Orlando Gala.

In his free time, Brandon volunteers with The Dru Project, an organization he founded following the shooting at Pulse Nightclub that sponsors LGBTQ student groups and provides college funding to future leaders. He lives in Orlando.