In her poignant memoir, Nadina LaSpina shares her unforgettable story and reveals how the disability rights movement changed the course of history.

“Such a pretty girl” was a refrain Nadina LaSpina heard frequently in her native Sicily. What was usually added and always implied was that it’s a shame she’s disabled. Contracting polio as a baby, LaSpina was the frequent target of pity by those who dismissed her and her life as hopeless. Arriving in the U.S. at age thirteen, she spent most of her adolescence in hospitals in a fruitless and painful quest for a cure, which made her feel that her body no longer belonged to her.

Against the political tumult of the 1960s, LaSpina rebelled both personally and politically. She refused to accept both the limitations placed on her by others and the dominant narrative surrounding disability. She also took to the streets with the then fledgling disability rights movement that has changed both law and perception in the U.S.

LaSpina’s personal growth paralleled the movement’s political development—coming together, organizing, and fighting against exclusion from public and social life, to the forging of a common identity, the blossoming of disability arts and culture, and the embracing of disability pride. As an activist, LaSpina became an important figure in several key struggles, including those that led to the passage of the Americans with Disabilities Act.

Such a Pretty Girl: a Story of Struggle, Empowerment, and Disability Pride is at once a story of an activist, a disabled woman in an ableist world, an immigrant, and a feminist. As a Booklist reviewer notes, “Readers will also find plenty of humor, happiness, camaraderie, and love.” 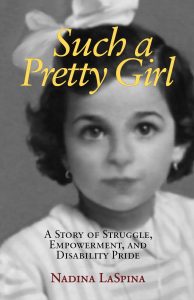 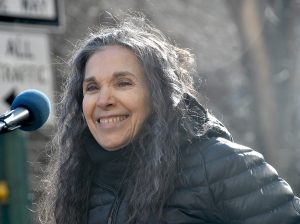 Nadina LaSpina is a prominent activist in the disability rights movement who has been arrested countless times for civil disobedience. You can find her in the streets with Disabled In Action, ADAPT, The Disability Caucus, and other groups. After teaching Italian for many years, LaSpina created and taught courses in Disability Studies at The New School. She lives in New York City and was the Grand Marshal for the 2019 Disability Pride Parade.