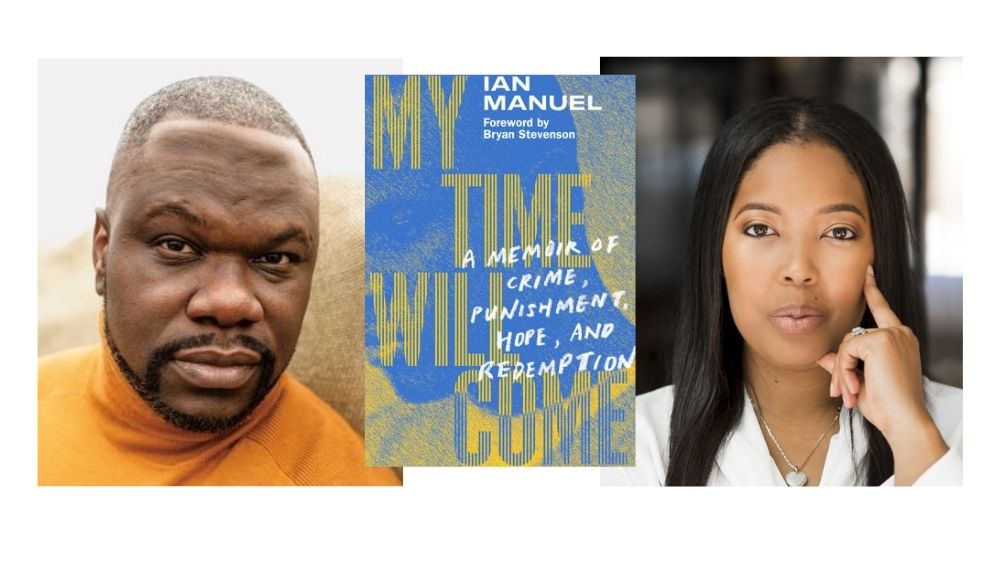 My Time Will Come: An Evening with Ian Manuel and Brittany K. Barnett

An Evening with Ian Manuel

In conversation with Brittany K. Barnett

My Time Will Come: A Memoir of Crime, Punishment, Hope, and Redemption

At fourteen Ian Manuel was sentenced to life without parole. My Time Will Come is a paean to the capacity of the human will to transcend adversity through determination and art.

“Ian is magic. His story is difficult and heartbreaking, but he takes us places we need to go to understand why we must do better.” —Bryan Stevenson, author of Just Mercy

“My story has been told many times and by highly regarded experts in their fields—judges, prosecutors, juvenile probation officers, sociologists, journalists. But I would like to try to tell it to you myself. I have reason to believe the experts may be wrong about me. You see, today, thirty years later, I am neither in prison nor dead.” —from My Time Will Come

The United States is the only country in the world that sentences thirteen- and fourteen-year-old offenders, mostly youth of color, to life in prison without parole, regardless of the scientifically proven singularities of the developing adolescent brain—a heinous wrinkle in the scandal of mass incarceration. In 1991, Ian Manuel, then fourteen, was sentenced to life without parole for a non-homicide crime. In a botched mugging attempt with some older boys, he shot Debbie Baigrie, a young white mother of two, in the face. But as Bryan Stevenson, attorney and executive director of the Equal Justice Initiative, has insisted, none of us should be judged by only the worst thing we have ever done.

Capturing the fullness of his humanity, here is Manuel’s powerful testimony of growing up homeless in Central Park Village in Tampa, Florida—a neighborhood riddled with poverty, gang violence, and drug abuse—and of his efforts to rise above his circumstances, only to find himself, partly through his own actions, imprisoned for two-thirds of his life, eighteen years of which were spent in solitary confinement. Here is the at once wrenching and inspiring story of how he endured the savagery of the United States prison system, and how his victim, an extraordinary woman, forgave him and bravely advocated for his freedom, which was achieved by a crusade on the part of the Equal Justice Initiative to address the barbarism of our judicial system and bring about “just mercy.”

Full of unexpected twists and turns as it describes a struggle to attain the glory of redemption, My Time Will Come is a paean to the capacity of the human will to transcend adversity through determination and art—in Ian Manuel’s case, through his dedication to writing poetry. 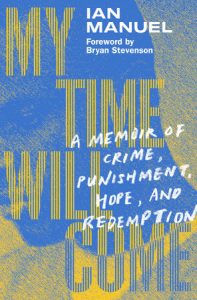 Ian Manuel lives in New York City. He is a motivational speaker at schools and social organizations nationwide.

Brittany K. Barnett is an award-winning attorney, author, and entrepreneur. As the daughter of a formerly incarcerated mother, Brittany knows first-hand the devastation caused by mass incarceration is far-reaching and has devoted her life to helping transform the criminal justice system. She has won freedom for numerous people serving fundamental death sentences for federal drug offenses – including seven clients who received executive clemency from President Barack Obama. Brittany is also the author of A Knock at Midnight: A Story of Hope, Justice, and Freedom, a memoir detailing how her journey transformed her understanding of injustice in the courts, of genius languishing behind bars, and the very definition of freedom itself. A Knock at Midnight was chosen by Amazon Editors’ as the #1 book of 2020.