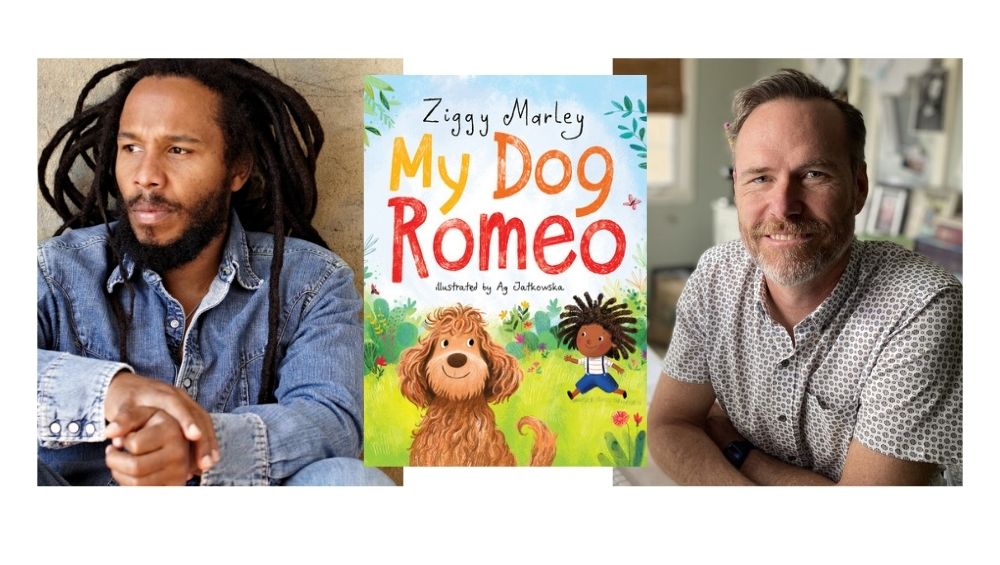 My Dog Romeo: An Evening with Ziggy Marley and Steve Breen

An Evening with Ziggy Marley

In conversation with Steve Breen

Ziggy Marley’s ode to his four-legged friend Romeo becomes a picture book that is sure to touch the hearts of dog lovers everywhere.

My Dog Romeo–a single on More Family Time, the follow-up children’s album to the GRAMMY Award-winning Family Time–is a playful and endearing tribute to Ziggy Marley’s beloved pet dog Romeo. Opening with Romeo’s barking, Marley sings of his great love and friendship with his four-legged friend.

Now, with beautiful illustrations by Ag Jatkowska–illustrator of Marley’s debut picture book, I Love You Too–My Dog Romeo becomes a vibrant picture book that follows a child and a dog throughout their days, sharing their love of music and play. The perfect accompaniment to Marley’s charming children’s album, My Dog Romeo is sure to be a hit among young, old, and, of course, our furry friends. 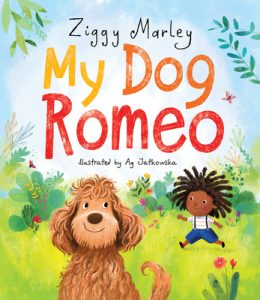 ZIGGY MARLEY is an eight-time GRAMMY Award winner, Emmy Award winner, author, philanthropist, and reggae icon. He has released thirteen albums to much critical acclaim, and is the author of the children’s books I Love You Too, My Dog Romeo, Music Is in Everything, and Little John Crow (with his wife, Orly Marley); as well as the Ziggy Marley and Family Cookbook. His early immersion in music came at age ten when he sat in on recording sessions with his father, Bob Marley. Ziggy Marley and the Melody Makers released eight best-selling albums that garnered three GRAMMYs. Ziggy’s second solo release, Love Is My Religion, won a GRAMMY in 2006 for Best Reggae Album. His third solo studio album, Family Time, scored a fifth GRAMMY award for Best Children’s Album. 2016 marked the release of Marley’s self-titled album, which earned his eighth GRAMMY. Marley’s new children’s album, More Family Time, was released in September 2020 via Tuff Gong Worldwide.

Steve Breen was born in Los Angeles in 1970 and graduated from the University of California at Riverside with a degree in political science. Steve got his start in newspapers at the Asbury Park Press in 1994. He has been with The San Diego Union-Tribune since 2001. Steve is a two-time winner of the Pulitzer Prize for editorial cartooning (1998, 2009). Steve lives in San Diego with his wife and kids and enjoys reading, running, playing the guitar and watching old movies.