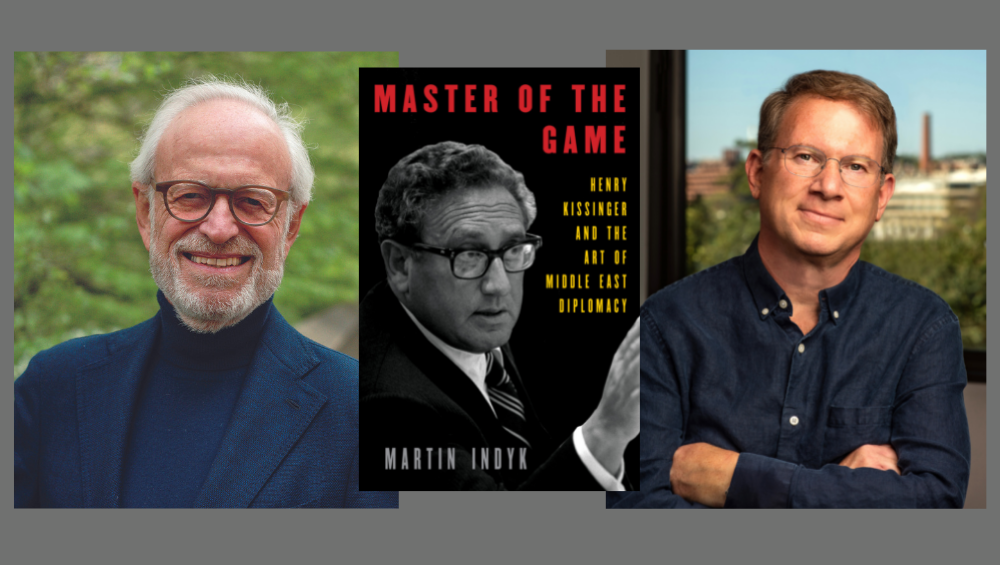 Master of the Game: An Evening with Martin Indyk and Jeffrey Goldberg

A Virtual Evening with Martin Indyk

In conversation with Jeffrey Goldberg

Master of the Game: Henry Kissinger and the Art of Middle East Diplomacy 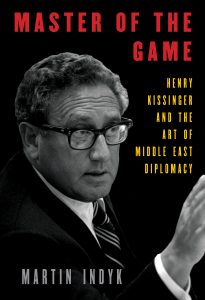 A perceptive and provocative history of Henry Kissinger’s diplomatic negotiations in the Middle East that illuminates the unique challenges and barriers Kissinger and his successors have faced in their attempts to broker peace between Israel and its Arab neighbors.

“A wealth of lessons for today, not only about the challenges in that region but also about the art of diplomacy . . . the drama, dazzling maneuvers, and grand strategic vision.”—Walter Isaacson, author of The Code Breaker

More than twenty years have elapsed since the United States last brokered a peace agreement between the Israelis and Palestinians. In that time, three presidents have tried and failed. Martin Indyk—a former United States ambassador to Israel and special envoy for the Israeli-Palestinian negotiations in 2013—has experienced these political frustrations and disappointments firsthand.

Now, in an attempt to understand the arc of American diplomatic influence in the Middle East, he returns to the origins of American-led peace efforts and to the man who created the Middle East peace process—Henry Kissinger. Based on newly available documents from American and Israeli archives, extensive interviews with Kissinger, and Indyk’s own interactions with some of the main players, the author takes readers inside the negotiations. Here is a roster of larger-than-life characters—Anwar Sadat, Golda Meir, Moshe Dayan, Yitzhak Rabin, Hafez al-Assad, and Kissinger himself.

MARTIN INDYK is a distinguished fellow at the Council on Foreign Relations and a former U.S. ambassador to Israel, assistant secretary of state for Near East Affairs, and special assistant to President Clinton. Previously, Indyk was executive vice president of the Brookings Institution, where he had also served as vice president and director of the Foreign Policy program and the founding director of its Center for Middle East Policy. He served as President Obama’s special envoy for the Israeli-Palestinian negotiations from July 2013 to June 2014. He lives in New York.

JEFFREY GOLDBERG is the editor in chief of The Atlantic. He joined The Atlantic in 2007 as a national correspondent and was named the 164-year-old magazine’s 14th editor in chief in October 2016. During his editorship, The Atlantic has set new audience and subscription records, and its journalistic reach has become global. In 2020, he was named Editor of the Year by Adweek, which also named The Atlantic “Magazine of the Year.” Digiday recently stated that The Atlantic “is enjoying its most relevant cultural moment since the 19th century.” Before joining The Atlantic, Goldberg served as the Middle East correspondent, and the Washington correspondent for The New Yorker, and was also a writer for The New York Times Magazine. He began his career as a police reporter for The Washington Post. Goldberg is the author of Prisoners: A Story of Friendship and Terror. A former fellow of the American Academy in Berlin, he also served as a public policy scholar at the Woodrow Wilson International Center for Scholars, and as the Distinguished Visiting Fellow at the Carnegie Endowment for International Peace, Goldberg is the recipient of numerous awards, including the National Magazine Award for Reporting, the Daniel Pearl Prize for Reporting; and the International Consortium of Investigative Journalists Prize for best investigative reporting.