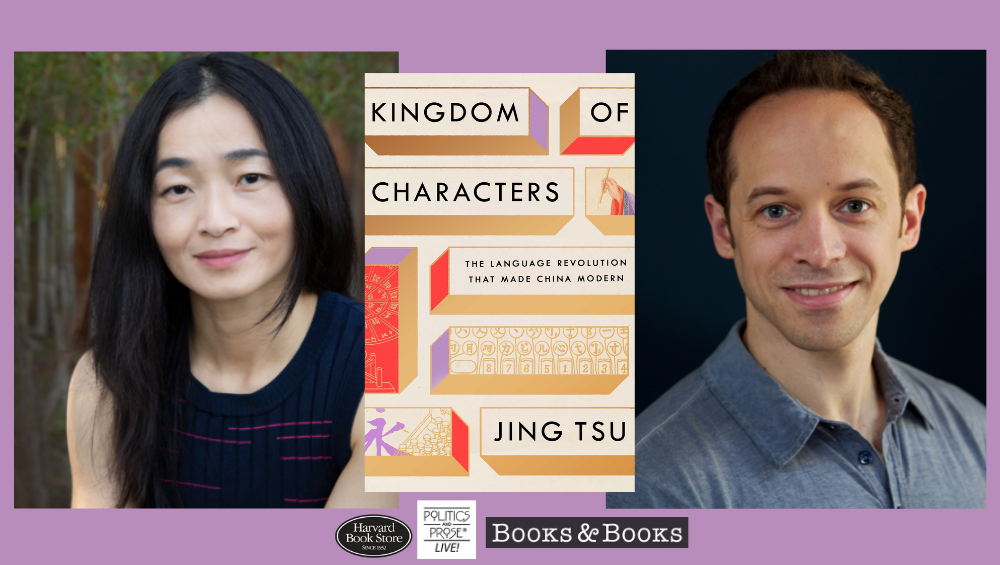 Kingdom of Characters: A Virtual Evening with Jing Tsu and David Epstein

A Virtual Evening with Jing Tsu

Kingdom of Characters: The Language Revolution That Made China Modern 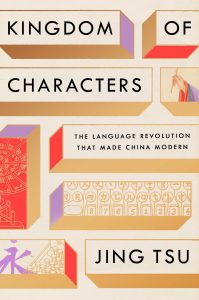 After a meteoric rise, China today is one of the world’s most powerful nations. Just a century ago, it was a crumbling empire, with literacy reserved for the elite few. In Kingdom of Characters, Jing Tsu argues that China’s greatest and most daunting challenge was a linguistic one. Just as important as China’s technological and industrial advances and political maneuvers was the century-long fight to make the Chinese language—with its many dialects and complex character-based script—accessible to the modern world of global trade and digital technology.

Kingdom of Characters follows the bold and cunning innovators who adapted the Chinese language to a world defined by the West and its alphabet: the exiled reformer who risked a death sentence to advocate for Mandarin as a national language, the Chinese-Muslim poet who laid the groundwork for Chairman Mao’s phonetic writing system, the imprisoned computer engineer who devised input codes for Chinese characters on the lid of a tea cup, among others. Without the advances they enabled, China might never have become the dominating global force we know today.

The revolution of the Chinese script is just as breathtaking as China’s transformation into a capitalist juggernaut, in large part because those linguistic innovations literally enabled China’s reinvention. With larger-than-life characters and an unexpected perspective on the major events of China’s tumultuous twentieth century, Tsu reveals how language is both a technology to be perfected and a subtle yet potent power to be exercised and expanded.

JING TSU is the John M. Schiff Professor of East Asian Languages and the Comparative Literature Chair of the Council on East Asian Studies at Yale, specializing in modern Chinese literature and culture from the 19th century to the present. She received her doctorate in Chinese Studies from Harvard. Tsu was a Guggenheim fellow in 2016 and has held fellowships at Harvard, Stanford, and Princeton institutes.

DAVID EPSTEIN is the author of the #1 New York Times best seller Range: Why Generalists Triumph in a Specialized World, and of the New York Times best seller The Sports Gene, both of which have been translated in more than 20 languages. He has master’s degrees in environmental science and journalism and has worked as an investigative reporter for ProPublica and a senior writer for Sports Illustrated. He lives in Washington, DC.