John Murillo’s second book is a reflective look at the legacy of institutional, accepted violence against Blacks and Latinos and the personal and societal wreckage wrought by long histories of subjugation. A sparrow trapped in a car window evokes a mother battered by a father’s fists; a workout at an iron gym recalls a long-ago mentor who pushed the speaker “to become something unbreakable.” The presence of these and poetic forbears—Gil Scott-Heron, Yusef Komunyakaa—provide a context for strength in the face of danger and anger. At the heart of the book is a sonnet crown triggered by the shooting deaths of three Brooklyn men that becomes an extended meditation on the history of racial injustice and the notion of payback as a form of justice. 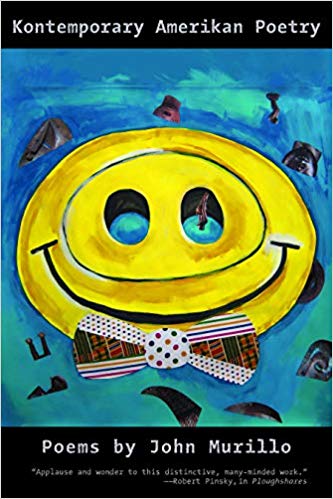 John Murillo is also the author of the poetry collection, Up Jump the Boogie, (originally from Cypher and NOW reissued from Four Way Books) finalist for both the Kate Tufts Discovery Award and the PEN Open Book Award. His honors include a Pushcart Prize, two Larry Neal writers awards, the J. Howard and Barbara M.J. Wood Prize from the Poetry Foundation, and fellowships from the National Endowment for the Arts, the Bread Loaf Writers’ Conference, the Fine Arts Work Center in Provincetown, the Cave Canem Foundation, the MacDowell Colony, and the Wisconsin Institute for Creative Writing. His poems have appeared in various journals and anthologies including American Poetry Review, Poetry, and Best American Poetry 2017 and 2019. He is an assistant professor of English at Wesleyan University and also teaches in the low-residency MFA program