What did it feel like to be an openly Jewish soldier fighting alongside German troops in WWII? Could a Jewish nurse work safely in a field hospital operating theater under the supervision of German army doctors? Several hundred members of Finland’s tiny Jewish community found themselves in absurd situations like this, yet not a single one was harmed by the Germans or deported to concentration or extermination camps. In fact, Finland was the only European country fighting on either side in WWII that lost not a single Jewish citizen to the Nazi’s “Final Solution.”

Strangers in a Stranger Land explores the unique dilemma of Finland’s Jews in the form of a meticulously researched novel. Where did these immigrant Jews—the last in Europe to achieve citizenship status—come from? What was life like from their arrival in Finland in the early nineteenth century to the time when their grandchildren perversely found themselves on “the wrong side” of WWII? And how could young lovers plan for the future when not only their enemies but also their country’s allies threatened their very existence?

Seven years researching Finland’s National Archives plus numerous in-depth interviews with surviving Finnish Jewish war veterans provide the background for a narrative exploration of love, friendship, and commitment but also uncertainty and terror under circumstances that were unique in the annals of “The Good War.” The novel’s protagonists—Benjamin, David and Rachel—adopt varying survival strategies as they struggle with involvement in a brutal conflict and questions posed by their dual loyalty as Finnish citizens and Zionists committed to the creation of a Jewish homeland. Tensions mount as the three young adults painfully work through a relationship love triangle and try to fulfill their commitments as both Jews and Finns while their country desperately seeks to extricate itself from an unwinnable war. 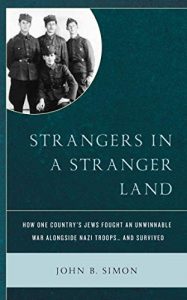 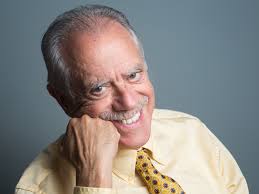 John B. Simon, an American residing in Finland, grew up in Pleasantville, New York. After graduating from Hamilton College, Simon earned an M.A. from Cambridge University. He also studied at the Sorbonne and the University of York. In the early 1970s, he founded The DOME Project, a community-based program on Manhattan’s Upper West Side dedicated to providing opportunities for marginalized youth in New York City. His 1982 book To Become Somebody: Growing up against the grain of society (Houghton Mifflin) tells the story of some of the program’s early participants. Nearly fifty years later, The DOME Project is still running.

Simon moved to Finland in 1984 and began working for KONE Corporation as a communications officer. After publishing KONE’s Prince (Otava, 2009), a best-selling biography of one of the company’s legendary owner-directors, he was named Finland’s 2010 Communications Professional of the Year. In 2017, he published Mahdoton sota, a fact-based novel about Finland’s Jews that was among the four books short-listed for 2017 History Book of the Year.

Simon served for 18 years as chairman of Pussihukat Basketball Club of Vantaa. He has also been deputy chairman of Walter ry, a non-profit dedicated to combatting racism. For 18 years from 1994, he also served as director of KONE’s Global Youth Camp.

Simon and his wife, Hannele, have two children, Mikko and Elina, and four grandchildren, Stella, Daniel, Kira and Oliver.