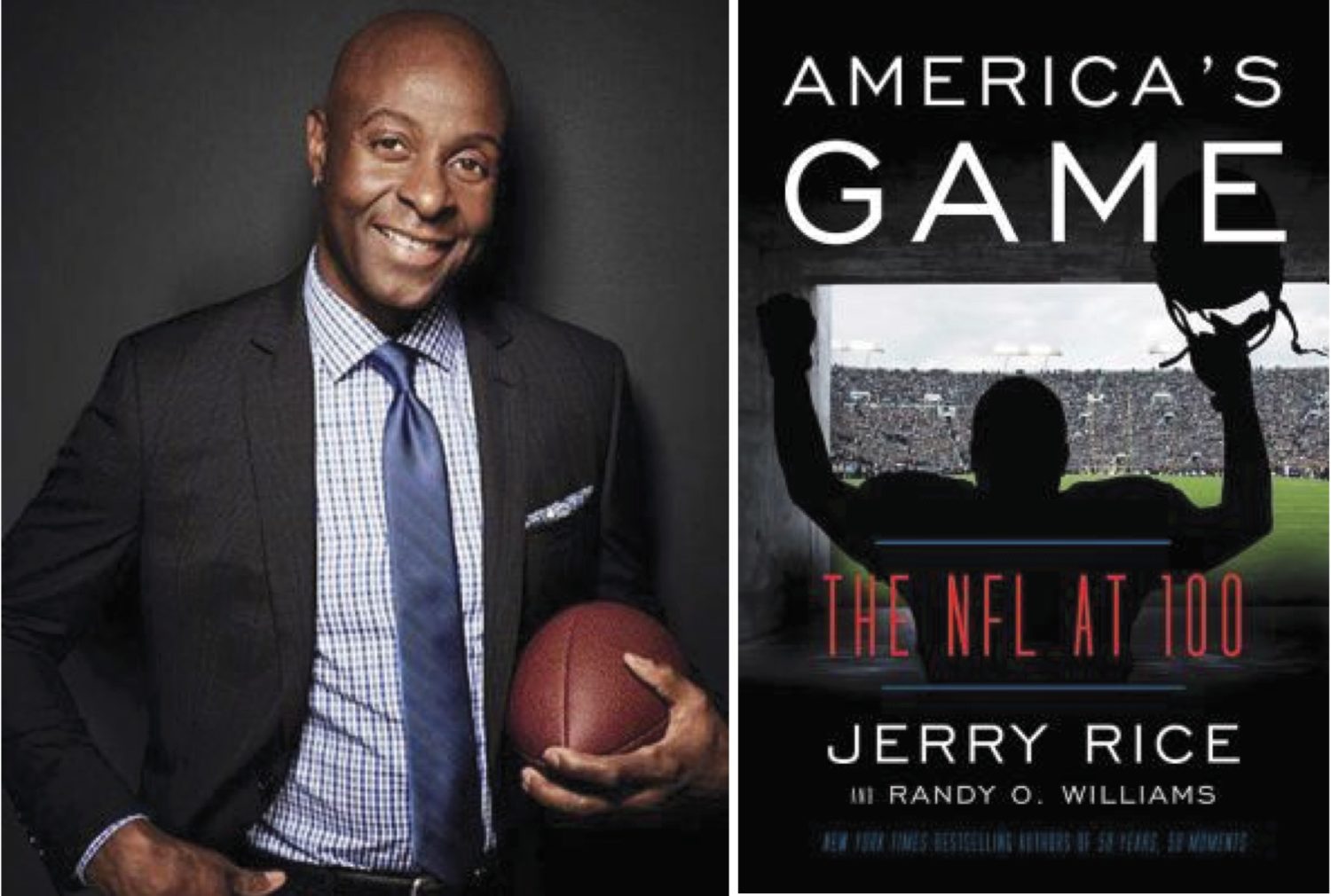 A celebration of 100 years of the NFL from Hall of Fame receiver and bestselling author Jerry Rice!

“This book is an amazing compilation of the game’s history as seen through the eyes of my friend Jerry Rice, aka The GOAT. You are going to love this book almost as much as you loved watching Jerry play!” —Barry Sanders, NFL Hall of Fame Class of 2004

The authors of the New York Times bestseller 50 Years, 50 Moments celebrate the first 100 years of the National Football League, interweaving history, personal stories, memories, and observations of some of its greatest players, coaches, and advocates to chronicle football’s amazing evolution from a fledgling regional fly-by-night operation into a multi-billion global brand and one of America’s leading franchises.

Over the past century, professional football has transformed from a game played in leather helmets on cow pastures to one of the most high-tech, popular sports on the planet. In this entertaining and concise history, Jerry Rice and Randy O. Williams celebrate the NFL’s centennial, bringing together colorful memories, insights, and personal experiences and observations from the heroes, losers, innovators, and defining legends who have played the game at its highest level. America’s Game is filled with inside stories of the league’s fiercest rivalries, closest competitions, and most memorable characters, from the early days of Red “The Galloping Ghost” Grange and “Slingin’” Sammy Baugh to Jim Brown and “Broadway” Joe Namath to Lawrence Taylor, Jerry Rice, and Tom Brady.

Cowboy fans will never forget how Roger Staubach’s Hail Mary lifted his team to a last-second playoff victory over the Vikings. Patriot followers will always point to The Tuck Rule Game as a franchise landmark where Adam Vinatieri’s two clutch kicks in deep snow propelled his team to victory over the Raiders. Generations of Steelers fans will celebrate James Harrison’s electrifying 100–yard interception return for a touchdown in Super Bowl XLIII. All are among the most memorable moments in NFL history. Divided by increments of twenty-five years, each section of America’s Game includes the authors’ selections for their “All Star” players and teams.

America’s Game is a unique tribute to this enduring cultural phenomenon, and will become the authoritative tribute to all that is great about the sport Americans—and the world—loves.

Absolutely NO POSED PHOTOGRAPHY will be allowed.

Photos taken from the line are fine, but customers cannot take photos behind the table, leaning over, no selfies, etc. 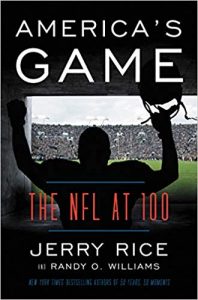 A Hall of Fame wide receiver and three-time Super Bowl champion, JERRY RICE is regarded as the best wide receiver to ever play in the National Football League. A natural football superstar, Rice quickly became one of the biggest receiving threats in the NFL. During a fifteen-year career with the San Francisco 49ers, Rice teamed with Hall of Fame quarterbacks Steve Young and Joe Montana to win three Super Bowl championships (’88, ‘89 and ‘94) and a Super Bowl MVP award. Rice also played for three seasons with the Oakland Raiders and one season with the Seattle Seahawks before retiring from football in 2005. A true NFL legend, Rice was elected into the College Football Hall of Fame in 2006 and the Pro Football Hall of Fame in 2010. Jerry Rice is now a television personality–in both sports and entertainment–and continues to grow his celebrity beyond the football field. He resides in the San Francisco Bay Area.