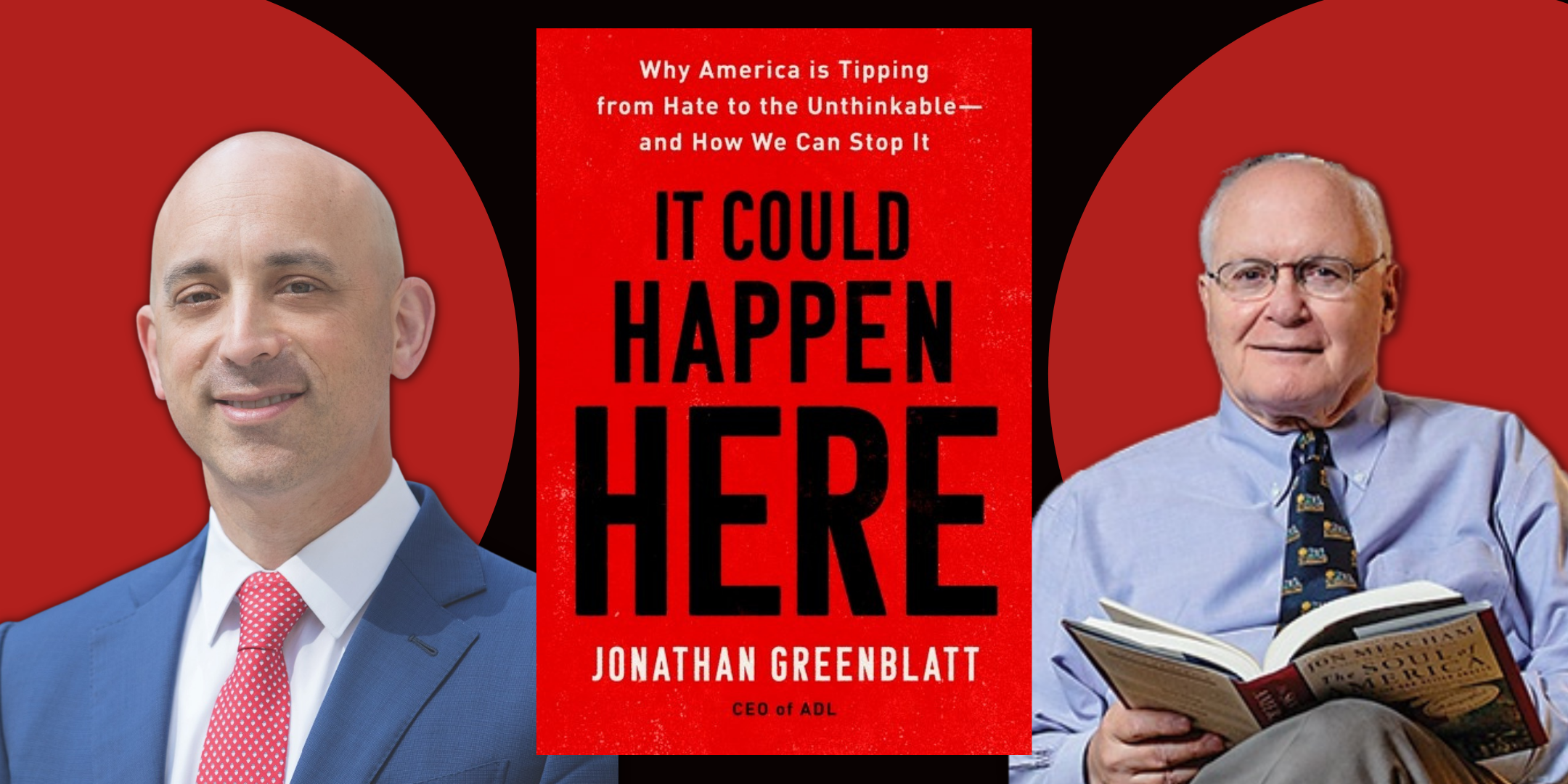 It Could Happen Here: A Virtual Evening with Jonathan Greenblatt and David Lawrence Jr.

It Could Happen Here: Why America is Tipping From Hate to the Unthinkable and How We Can Stop It

“Refreshingly candid  . . . Get off Instagram and read this book.”—Sacha Baron Cohen

From the dynamic head of ADL, an impassioned argument about the terrifying path that America finds itself on today—and how we can save ourselves

It’s almost impossible to imagine that unbridled hate and systematic violence could come for us or our families. But it has happened in our lifetimes in Europe, the Middle East, Africa, and Asia. And it could happen here.

Today, as CEO of the storied ADL (the Anti-Defamation League), Jonathan Greenblatt has made it his personal mission to demonstrate how antisemitism, racism, and other insidious forms of intolerance can destroy a society, taking root as quiet prejudices but mutating over time into horrific acts of brutality. In this urgent book, Greenblatt sounds an alarm, warning that this age-old trend is gathering momentum in the United States—and that violence on an even larger, more catastrophic scale could be just around the corner.

But it doesn’t have to be this way. Drawing on ADL’s decades of experience in fighting hate through investigative research, education programs, and legislative victories as well as his own personal story and his background in business and government, Greenblatt offers a bracing primer on how we—as individuals, as organizations, and as a society—can strike back against hate. Just because it could happen here, he shows, does not mean that the unthinkable is inevitable.

JONATHAN GREENBLATT is CEO of ADL (the Anti-Defamation League), the world’s leading anti-hate organization with a distinguished record of fighting antisemitism and advocating for just and fair treatment to all. Jonathan joined ADL in 2015 after serving in the White House as special assistant to President Obama and director of the Office of Social Innovation and Civic Participation. He joined the government after a distinguished career in business as a successful social entrepreneur and corporate executive: he cofounded Ethos Brands, the company that launched Ethos Water (acquired by Starbucks, 2005), founded All for Good (acquired by Points of Light, 2011), and served as a senior executive at realtor.com (acquired by News Corp, 2014).

DAVID LAWRENCE JR. retired in 1999 as publisher of The Miami Herald to work in the area of early childhood development and readiness. He chairs The Children’s Movement of Florida, aimed at making children the state’s top priority for investment and decision-making. In 2002 and 2008 he led successful campaigns for The Children’s Trust, a dedicated source of early intervention and prevention funding for children in Miami-Dade. He is the “founding chair.”

Before coming to Miami in 1989, he was publisher and executive editor of the Detroit Free Press. Previously he was editor of The Charlotte Observer, and earlier in reporting and editing positions at four newspapers. During his tenure as Miami Herald publisher, the paper won five Pulitzer Prizes.