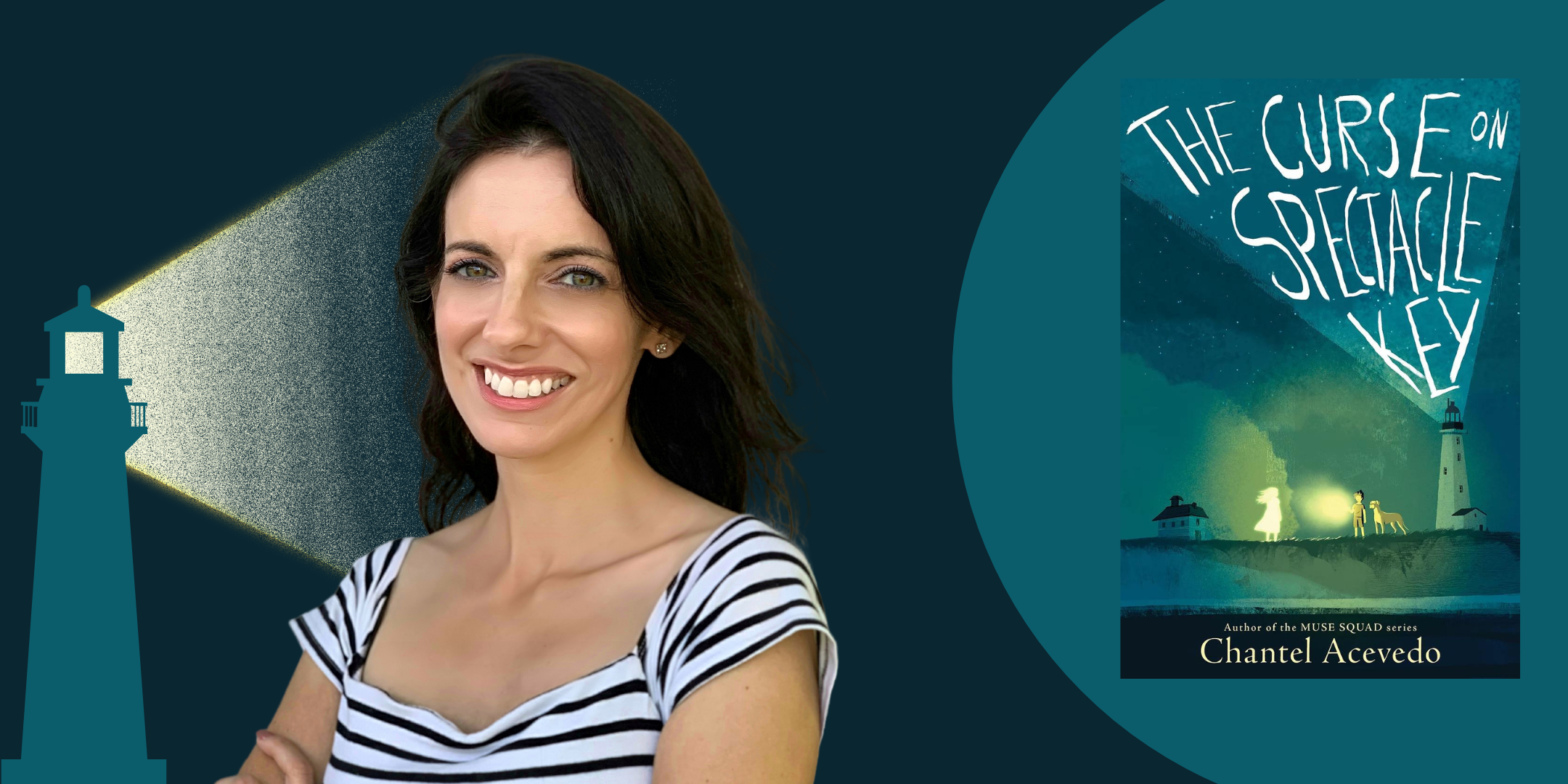 In-Person | The Curse on Spectacle Key: An Afternoon with Chantel Acevedo

AN AFTERNOON WITH CHANTEL ACEVEDO

The Curse on Spectacle Key A sweetly spooky ghost story about a Cuban American boy who befriends a pair of spirits and tries to break the curse on his island home . . . onlyto discover a seemingly lost piece of his family’s history in the process. This new middle grade standalone mystery from the author of the Muse Squad series is perfect for fans of Doll Bones and The Girl and the Ghost!

Frank Fernandez’s family never stays in one place for long. His parents renovate unusual buildings and turn them into homes, which means the family moves—a lot. This makes it hard for bookish Frank to make friends. So when his parents announce they’re moving to Spectacle Key, Florida, to live in a lighthouse—this time for good!—Frank is thrilled.

But Spectacle Key isn’t the perfect forever home they’d imagined. The lighthouse is falling apart. There are knocks on the door—but no one is there—and mysterious sighs and sniffles from nowhere. There’s even a creepy doll that seems to move on its own. Could Spectacle Key be haunted?

Then one day while exploring, Frank meets a girl in old-fashioned clothes, with no memory of who she is. What she does know, though, is that the island is under a curse—and she needs Frank’s help to figure out how to lift it. But what if learning the truth about Spectacle Key means losing the first real friend he’s ever had?

Called “a master storyteller” by Kirkus Reviews, CHANTEL ACEVEDO is the author of the novels Love and Ghost Letters, A Falling Star, The Distant Marvels, which was a finalist for the 2016 Andrew Carnegie Medal for Excellence in Fiction, and The Living Infinite, hailed by Booklist as a “vivid and enthralling tale of love and redemption.” Muse Squad: The Cassandra Curse and Muse Squad: The Mystery of the Tenth, Acevedo’s new middle grade duology (called “Riveting and suspenseful” by School Library Journal) was published by Balzer + Bray. Her latest middle grade novel, THE CURSE ON SPECTACLE KEY, is a lightly spooky story set in the Florida Keys, published September 6th, 2022. She is Professor of English at the University of Miami, where she directs the MFA program.