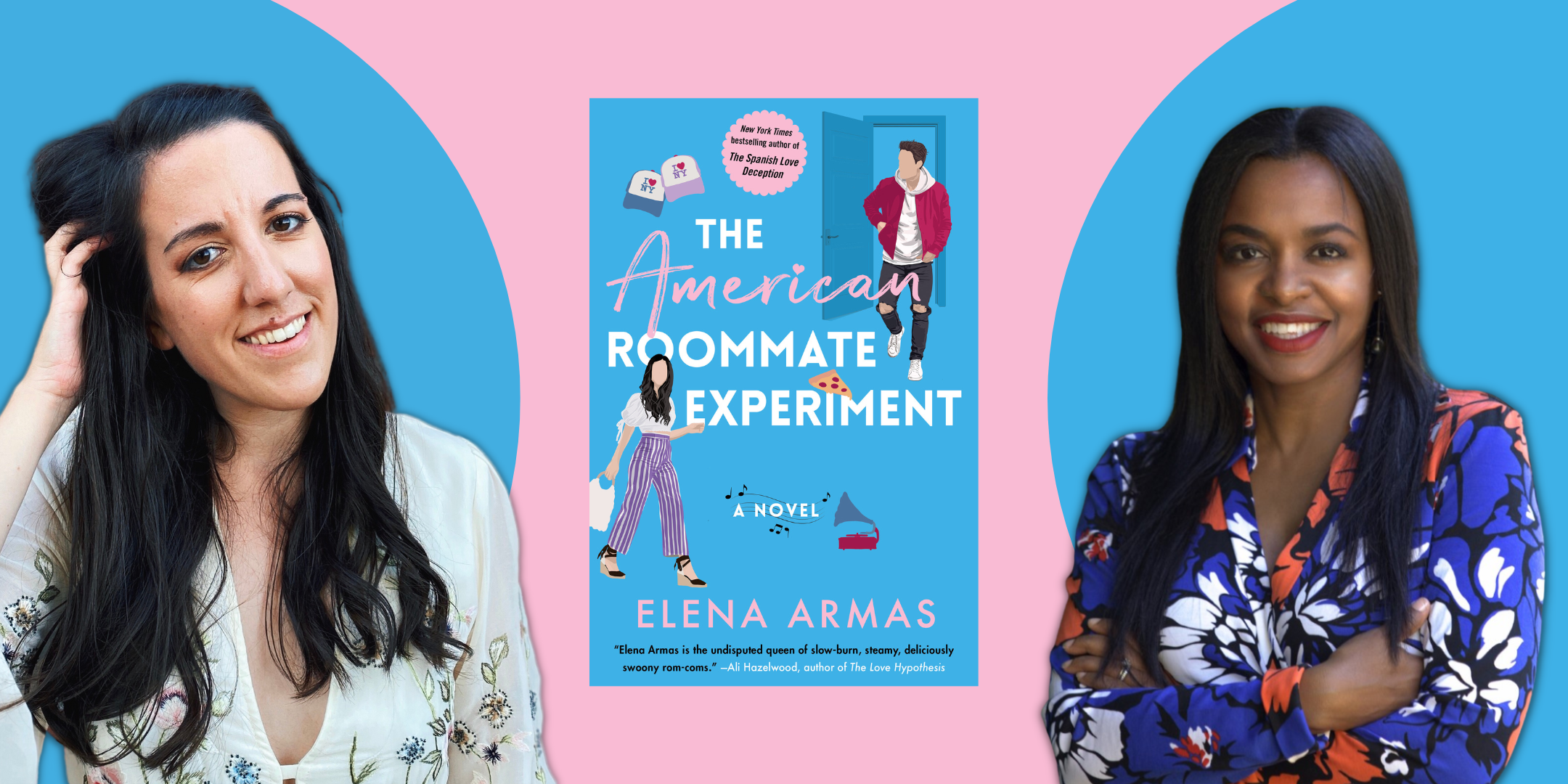 In-Person | The American Roommate Experiment: An Evening with Elena Armas and Nadine Gonzalez

An Evening with Elena Armas

Books & Books is excited to present an evening with Elena Armas in conversation with Nadine Gonzalez as they discuss The American Roommate Experiment, the eagerly anticipated follow-up to The Spanish Love Deception, featuring Rosie Graham and Lucas Martín, who are forced to share a New York apartment.

Rosie Graham has a problem. A few, actually. She just quit her well paid job to focus on her secret career as a romance writer. She hasn’t told her family and now has terrible writer’s block. Then, the ceiling of her New York apartment literally crumbles on her. Luckily she has her best friend Lina’s spare key while she’s out of town. But Rosie doesn’t know that Lina has already lent her apartment to her cousin Lucas, who Rosie has been stalking—for lack of a better word—on Instagram for the last few months. Lucas seems intent on coming to her rescue like a Spanish knight in shining armor. Only this one strolls around the place in a towel, has a distracting grin, and an irresistible accent. Oh, and he cooks.

Lucas offers to let Rosie stay with him, at least until she can find some affordable temporary housing. And then he proposes an outrageous experiment to bring back her literary muse and meet her deadline: He’ll take her on a series of experimental dates meant to jump-start her romantic inspiration. Rosie has nothing to lose. Her silly, online crush is totally under control—but Lucas’s time in New York has an expiration date, and six weeks may not be enough, for either her or her deadline.

Can’t make it in-person? Order the book online and note signed copy in the comments and we’ll have it signed for you!

ELENA ARMAS is a Spanish writer, a self-confessed hopeless romantic, and proud book hoarder. After years of devouring HEAs and talking––okay fine, yelling––nonstop about them, she has finally taken the leap and decided to create some of her own. She hopes these stories make your heart skip a beat or two, your palms a little sweaty, and your cheeks flush in that rosy pink that makes other people want to peek at the page you are reading. She is the author of The Spanish Love Deception and lives in Spain. To learn more, visit www.authorelenaarmas.com and follow her on Instagram and Tiktok @thebibliotheque.

NADINE SÉÏDE GONZALEZ writes joyous contemporary romance featuring a diverse cast of characters, American, Caribbean and Latinx. SCANDAL IN THE VIP SUITE, WHAT HAPPENS IN MIAMI, and THE REBEL’S RETURN are her latest releases for Harlequin Books. A New York City native, she grew up in Haiti and now calls Miami, Florida, home. She networks on Twitter, but lives on Instagram! @_nadinegonzalez.